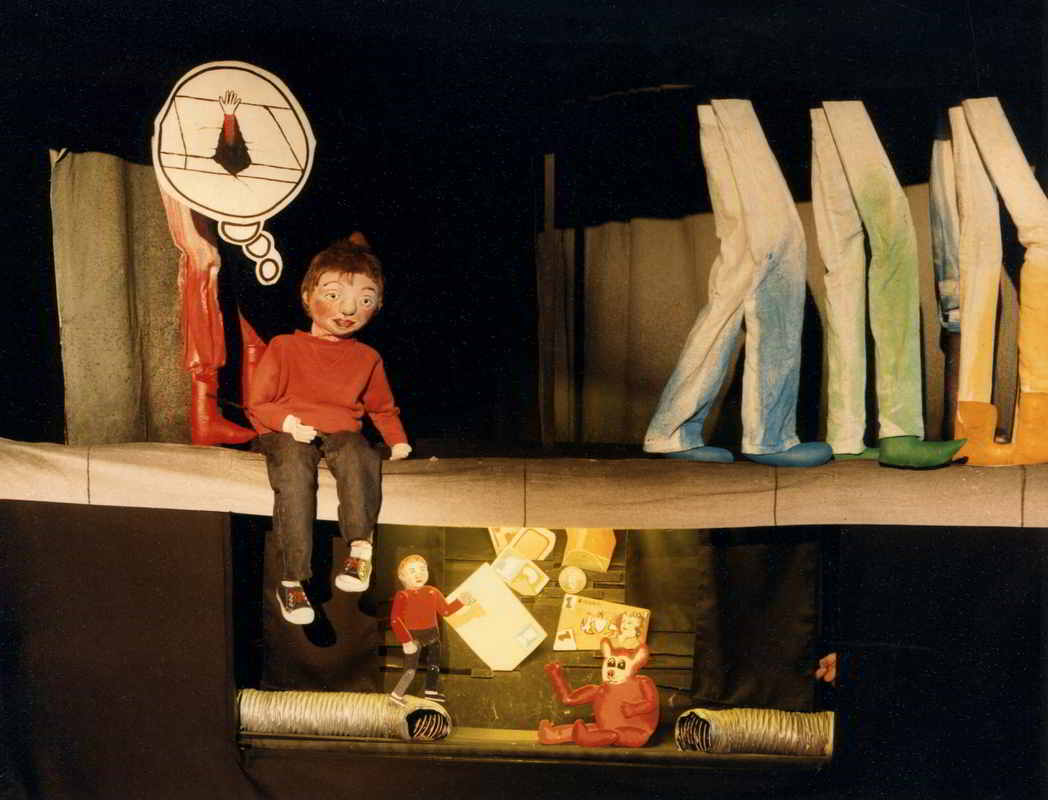 
STREETWISE was created by the Handspan ensemble in early 1983, following the company’s successful premiere season of Secrets in Adelaide at the 1983 International Puppet Festival. There the company had received accolades for its work and gained confidence in its ability to develop an entirely original piece for its young audiences.

With a small Australia Council Grant, playwright John Lonie was commissioned to write the first draft script for the work. The first of Handspan’s many complex collaborations with writers, John’s draft proved densely dialogue-based and over-complicated and thus inappropriate for the live animated visual production proposed. In later Handspan ventures with commissioned writers continuing script development became part of the production process in the ongoing tussle to create drama with images and little spoken text. But in this case, Handspan abandoned Lonie’s final draft. Graciously, Lonie accepted that his play didn’t fulfil the expectations of Handspan’s brief and left the project. Ultimately however, his draft did stimulate the shape of its final version, if not directly. 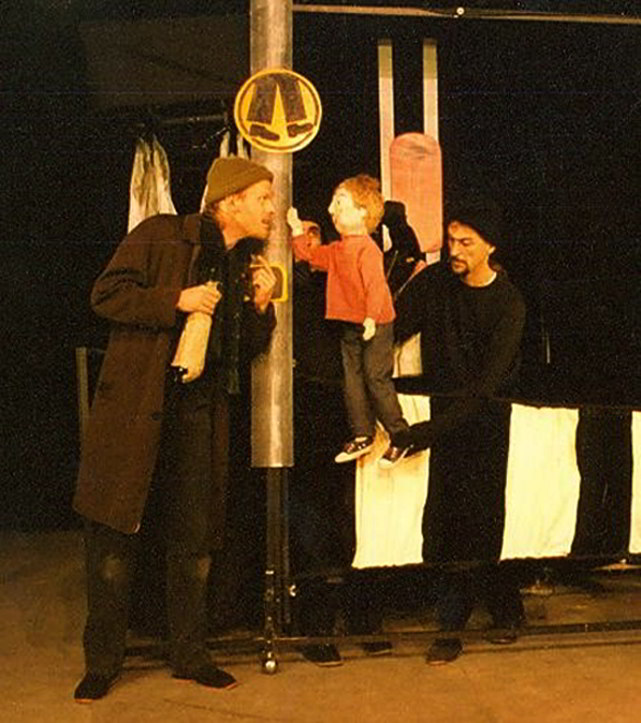 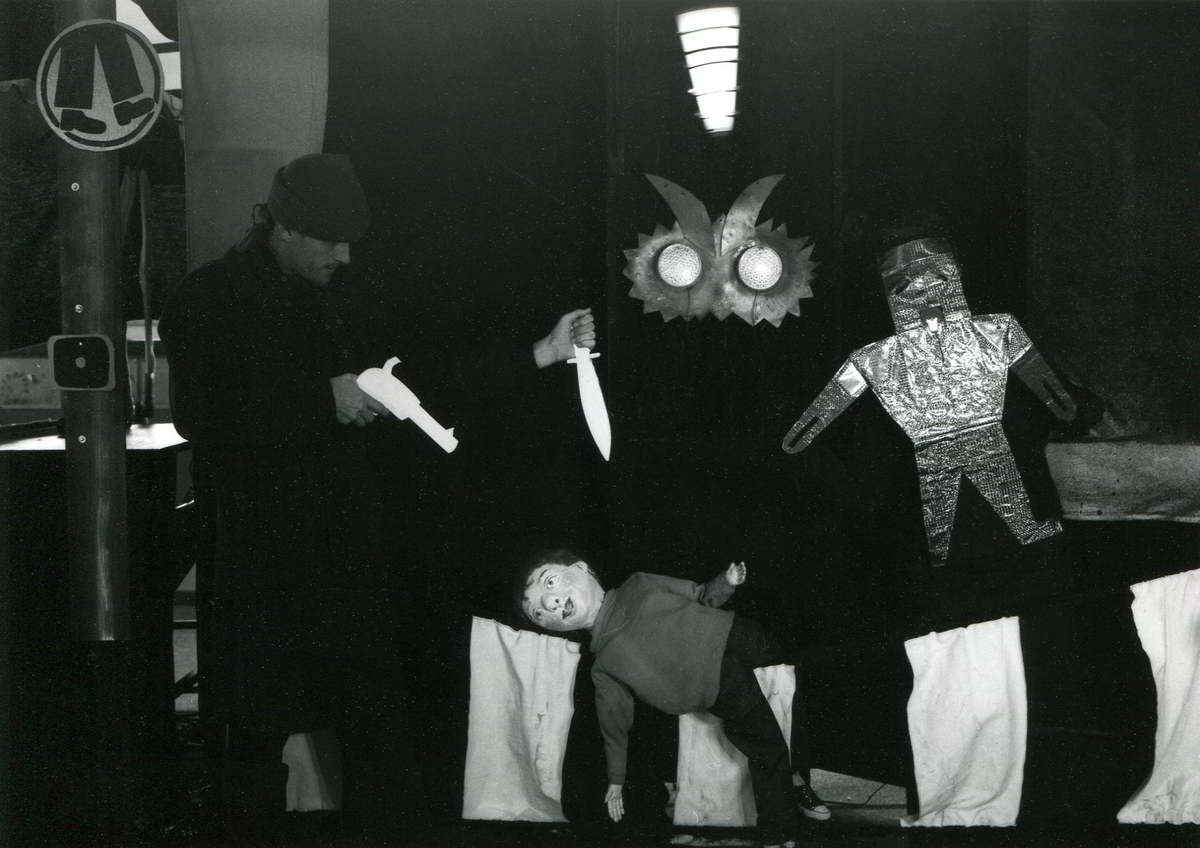 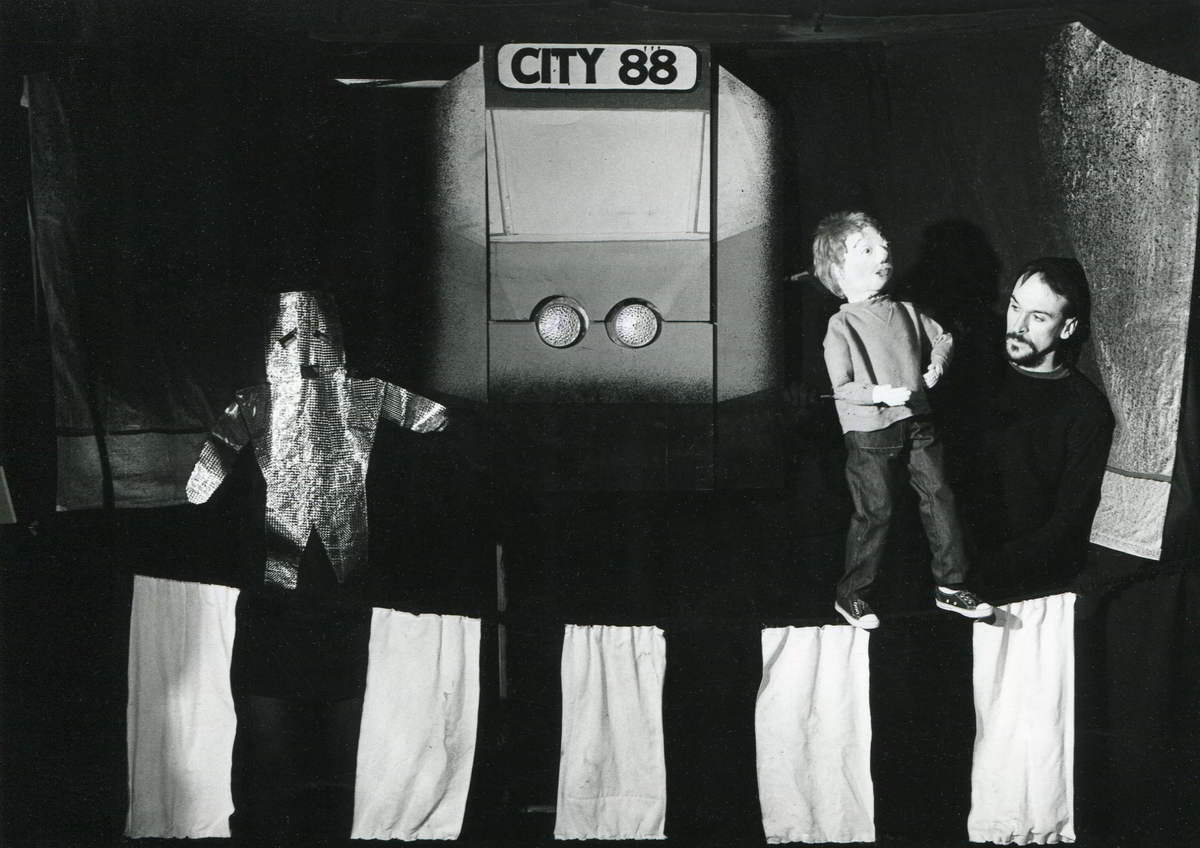 The soundscape for STREETWISE was devised in the rehearsal room by percussion musician, Stephen Kent, from Circus Oz. Recorded sound from Fitzroy corners and intersections were interspersed with eerie percussive instrumentation and ghostly whispers that added suspense to the visual illusions that dramatised Sam’s experiences.


STREETWISE toured as a companion piece to Secrets to the London International Puppet Festival in 1984; and was there further engaged for performances at the subsequent Scottish Puppet Festival in Edinburgh - not only an under-publicised and under-attended event, but, it was revealed when Handspan’s fee was due, a completely impecunious one.


STREETWISE, while built to be tourable, was a complicated set up. Its set and props broke down into sections that jammed into and on top of Handspan’s newly-acquired Hi-ace van and around its cast of four passengers who also wielded its relatively heavy equipment into place and bumped it out. It could be set up anywhere that was a level playing space crucial for its revolve mechanism, but the chipboard-on-grass platform in the Elder Park Tent for its initial Come Out season called for revolves to be executed by a turn and ‘lift the whole thing’ process, and the stage in Edinburgh for its final tour proved to have a rake towards the stalls that called for ‘hanging on tight’ and the attachment of additional brakes to stabilise the turns.

For a performing ensemble with increasing opportunities to work in mainstage venues for adult audiences, STREETWISE was hard work and theatre for young people with its exhaustive touring began to lose its appeal. As the complex and delicately interlocking equipment began to need extensive refurbishment, new projects burgeoned and the production went out of repertoire in mid 1984 – its leading puppet, Sam Starfighter, however, remained a key demonstration character in Handspan workshops for years to come, and the Streets icecream logo, displayed on the Handspan van in gratitude for the company’s first (small) sponsorship donation for one of its tours, remained immovably stuck for the lifetime of the vehicle. 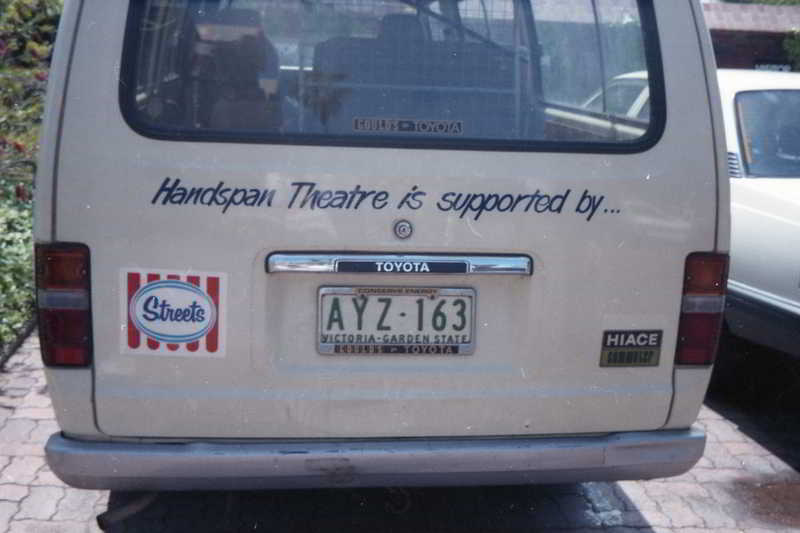