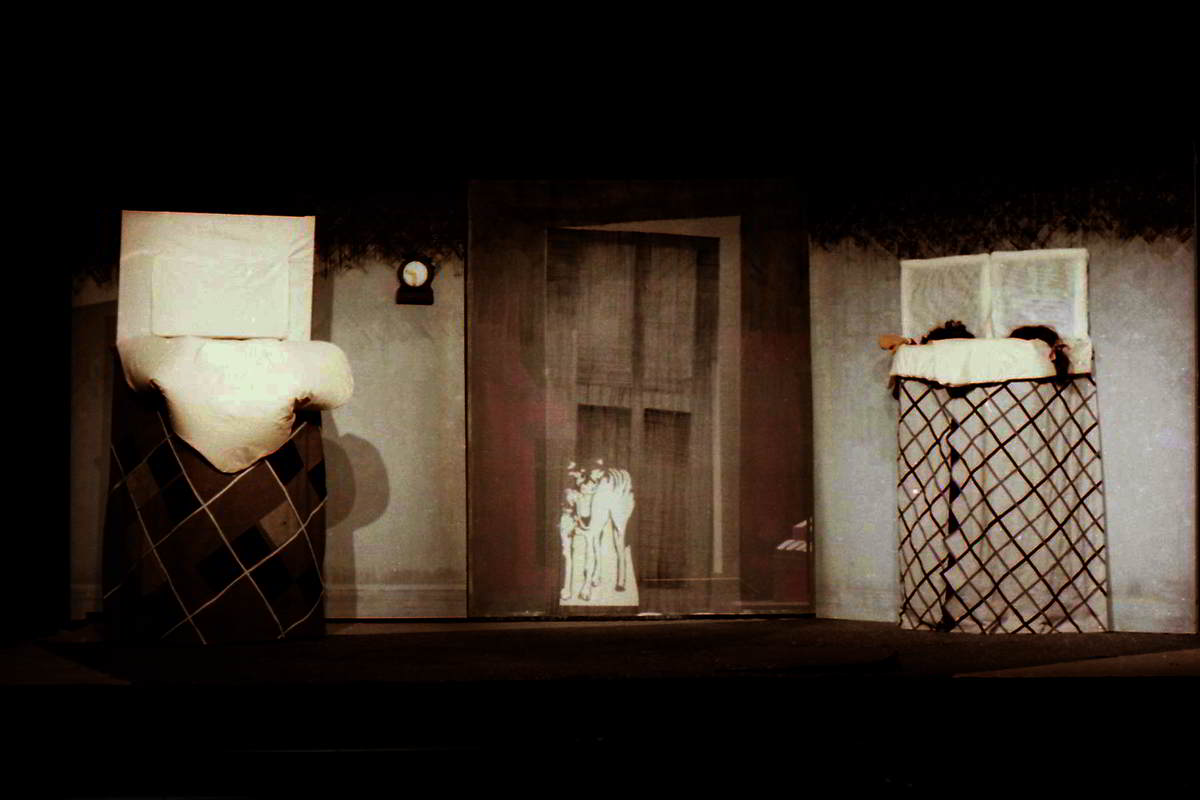 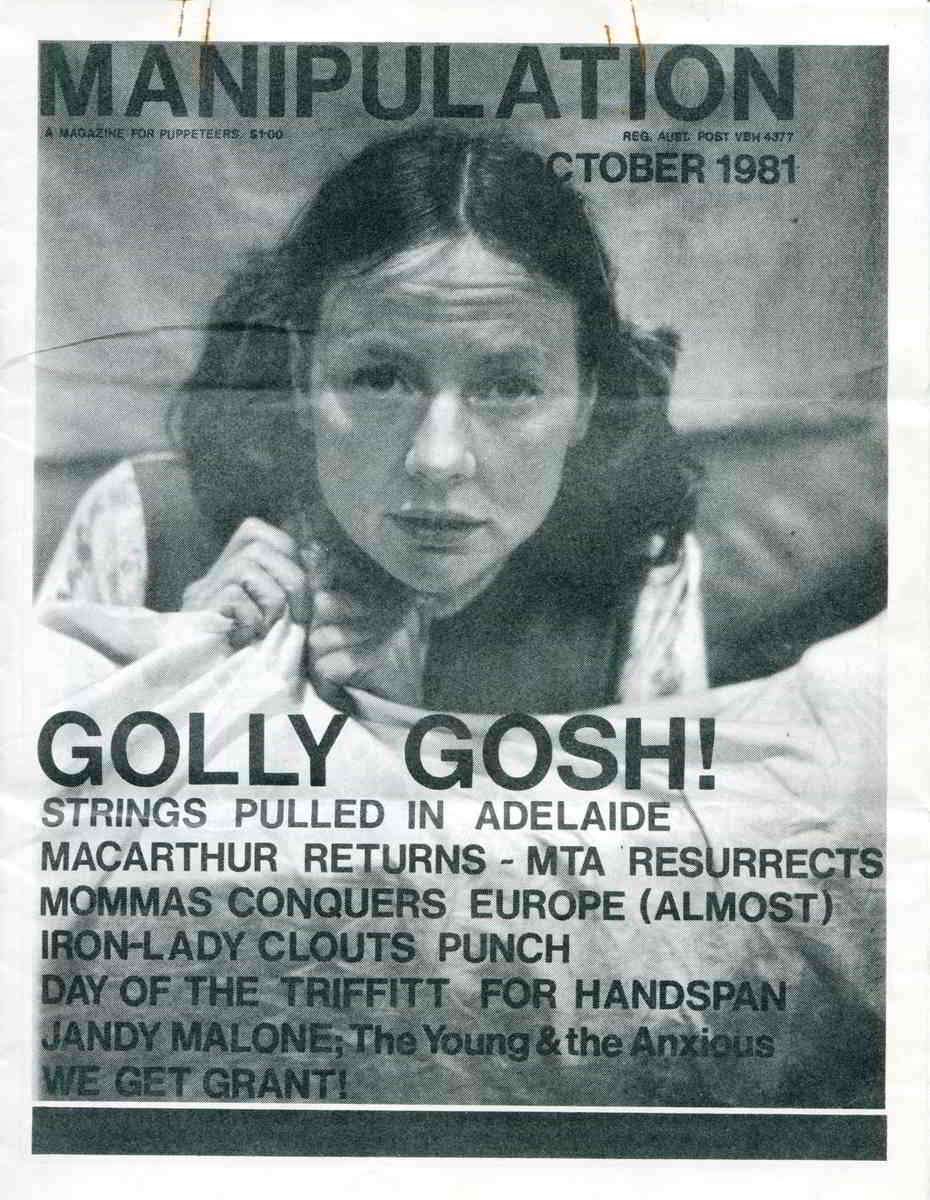 The setting for JANDY MALONE … an inner Melbourne terrace cottage, was a familiar canvas for Handspan - Jandy's house might even have been the company's first workshop in Richmond itself2 . Moreover, the work lent itself to in-theatre production, a new platform that the company was keen to explore, and was an opportunity to further develop black theatre and shadow puppetry techniques, and as well as illusion of scale with actors and puppets operated by visible manipulators.

Since the group formed in 1977, it has worked mainly in schools and community centres which meant continually having to acclimatise to different performance spaces. Now the concept of transportable theatre has lost appeal, Ms Rickards said. The company would like to give more public performances and perhaps have access to a central location. 'Such a project poses enormous financial risks but it would help encourage families to come together. Theatre should be a shared experience. It's not that we want less involvement but it's time for us to experiment with shows before an audience that is prepared to sit and watch.' Ms Rickards said.

The play was adapted by its original cast and supported by the City of Richmond Community Arts Officer, Jackie Talbot, for its opening at Book Week 1981 at the Carringbush Library Theatrette. 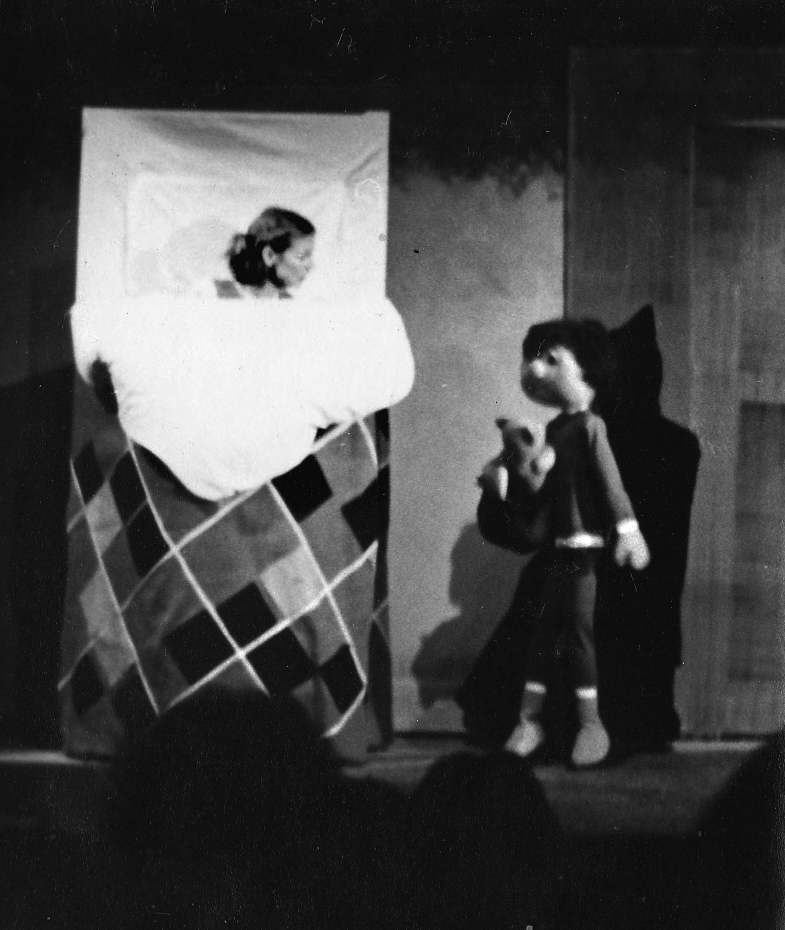 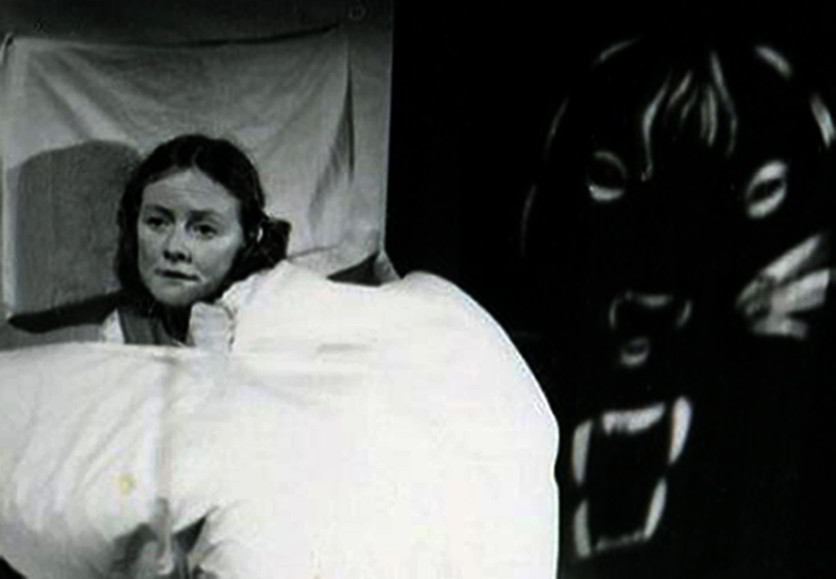 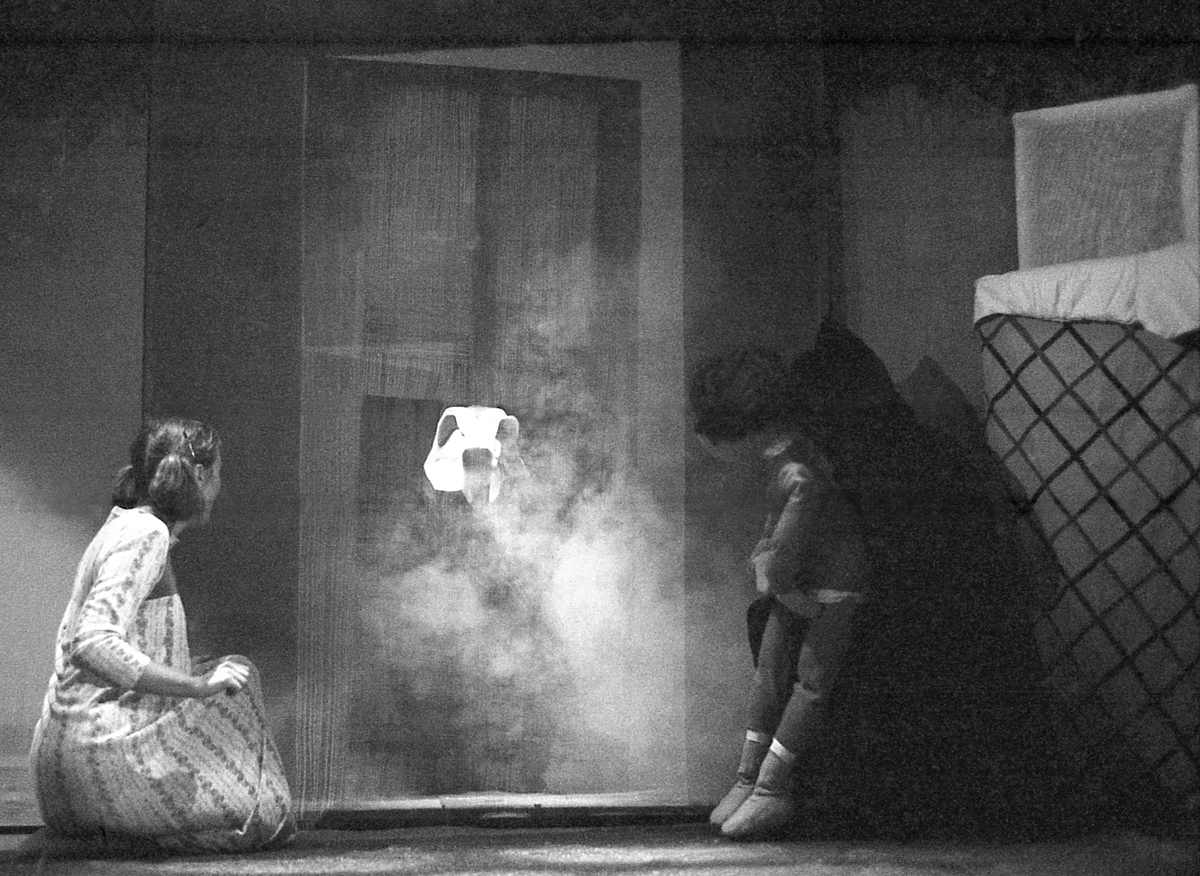 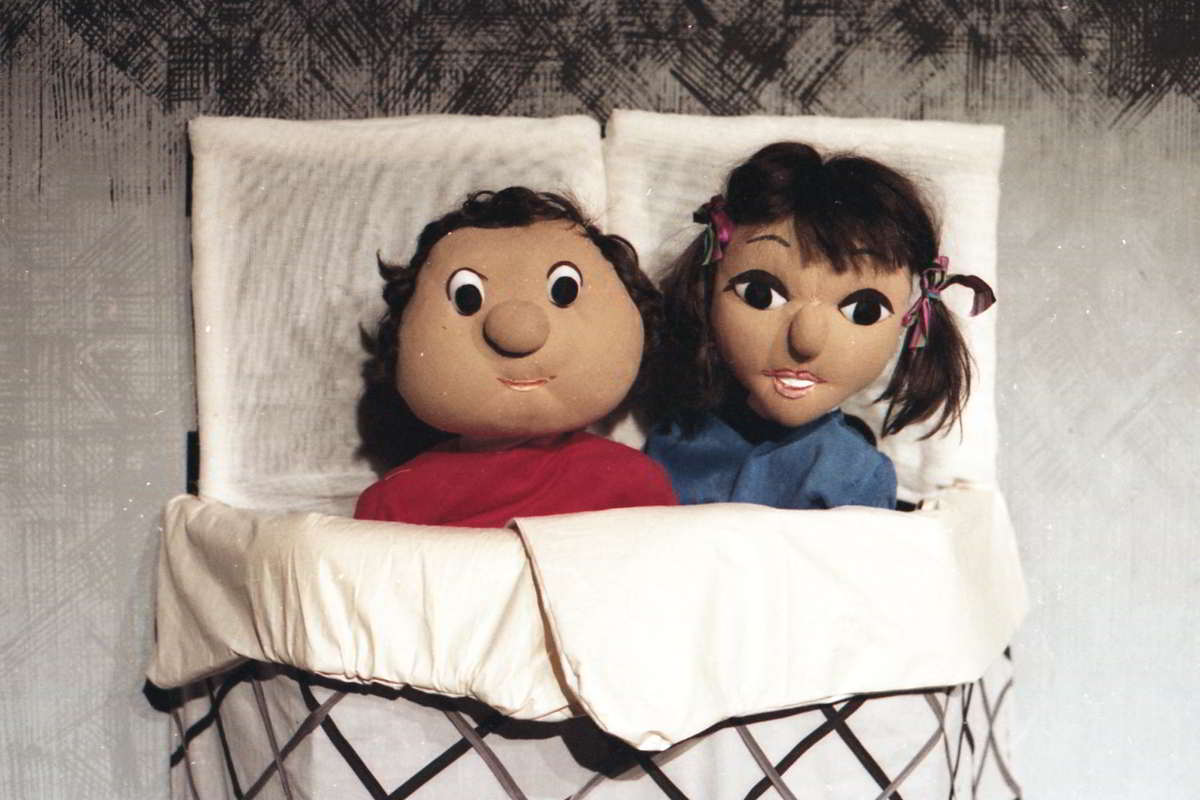 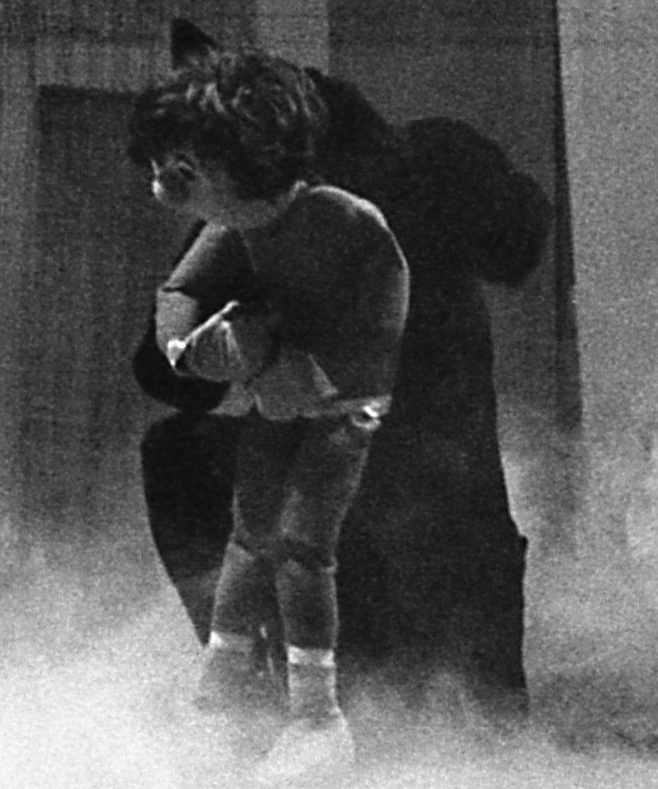 With puppeteer, Peter J.Wilson, Ken contrived an innovative manipulation support for the operation of Peter, Jandy's younger brother. The puppet was designed to be operated by a puppeteer shuffling in a squat, affectionately known as the Taskeshi Shuffle. after its introduction to the Tasmanian Puppet Theatre, and thence Australian puppeteers, by Puk Puppet Theatre in Japan.3 An effective operational style that allowed Bunraku style puppets to be operated by one puppeteer, it was nevertheless, for the puppeteer, an uncomfortable strain. Ken and Peter made a sturdy trolley on castors that allowed flexibility of movement but took the weight from the puppeteer's leg muscles. Draped in black velvet, the trolley merged with the hooded puppeteer and allowed his knees to support the puppet's walk from behind.

Peter Wilson manipulates Jandy's brother Peter, a child life-size puppet, in black hood and costume. The introduction of the technique of the puppeteer moving about the stage sitting on a small, silent trolley has proved very successful in increasing his mobility while diminishing visual distraction from the puppet.

It is in the interaction between Jandy, the live actress and Peter, the puppet that Handspan's skill with puppets shows itself to be considerable and solid. There's not a moment that the credibility fails, that Jandy and Peter cease to believe in each other, or the audience to accept their existence in the same world.


In the play, Peter pesters Jandy to investigate the hallway beyond the children's bedroom door, and for a while, their dread of the Tiger is held at bay by Jandy's other imaginings. She and Peter fly over the city skyline clutching an umbrella above a pop-up city scape, and nineteenth century gold prospectors appear in a brief medodrama accompanied by a piano soundtrack, composed by Will Conyers. But when these flights of fancy no longer hold their fears at bay, Jandy makes her way down the corridor behind the scrim doorway to face the Tiger.

she discovers such horrors as the grandfather clock and the family piano leaping out to frighten her in a marvellously magical black theatre sequence.

the hall door dissolves to reveal a black theatre image of Jandy's father - two hands playing phantom keyboards in the darkness; later the same dissolve reveals the face of a tiger. a larger-than-life silouette with light shining through the eyes and snarling mouth; in the final scene, Jandy walks down the dark hallway - simple bare stage with cut-out pieces of furniture floating into place - there is a feeling of danger, but also a wonderful sense of space and release. 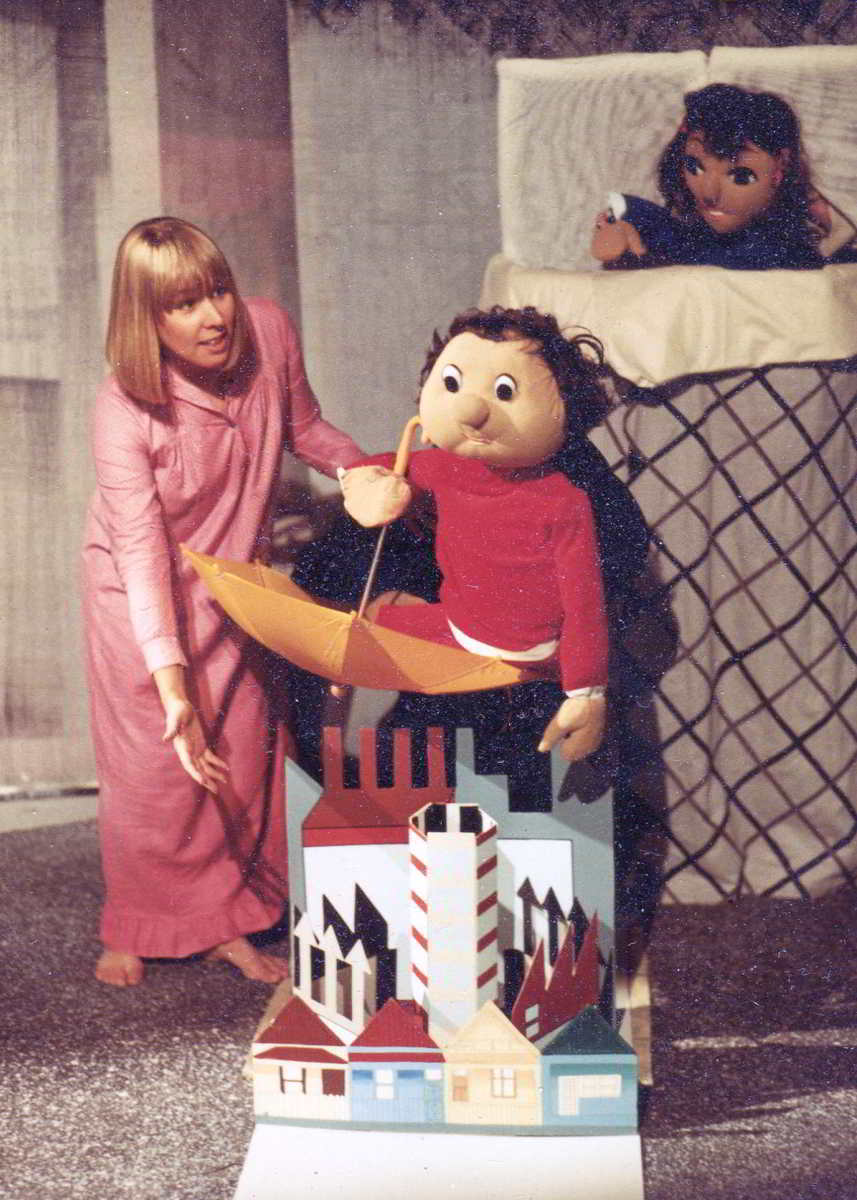 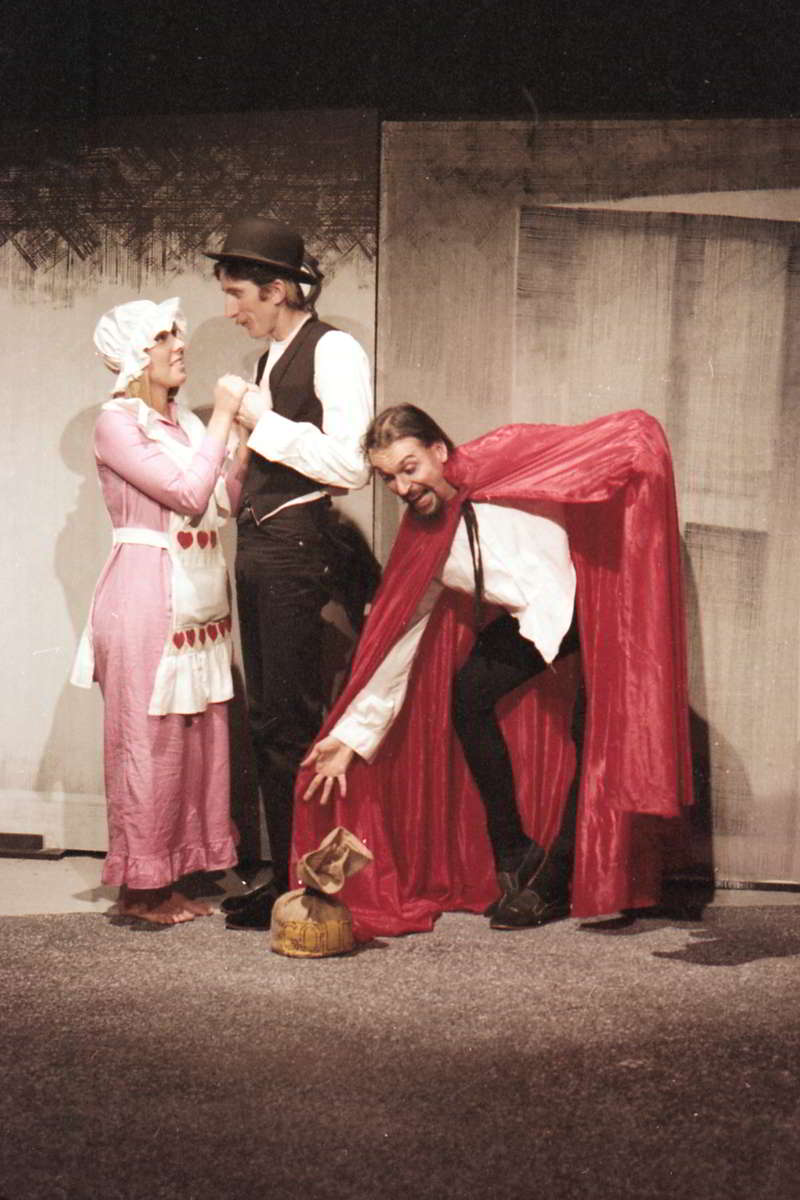 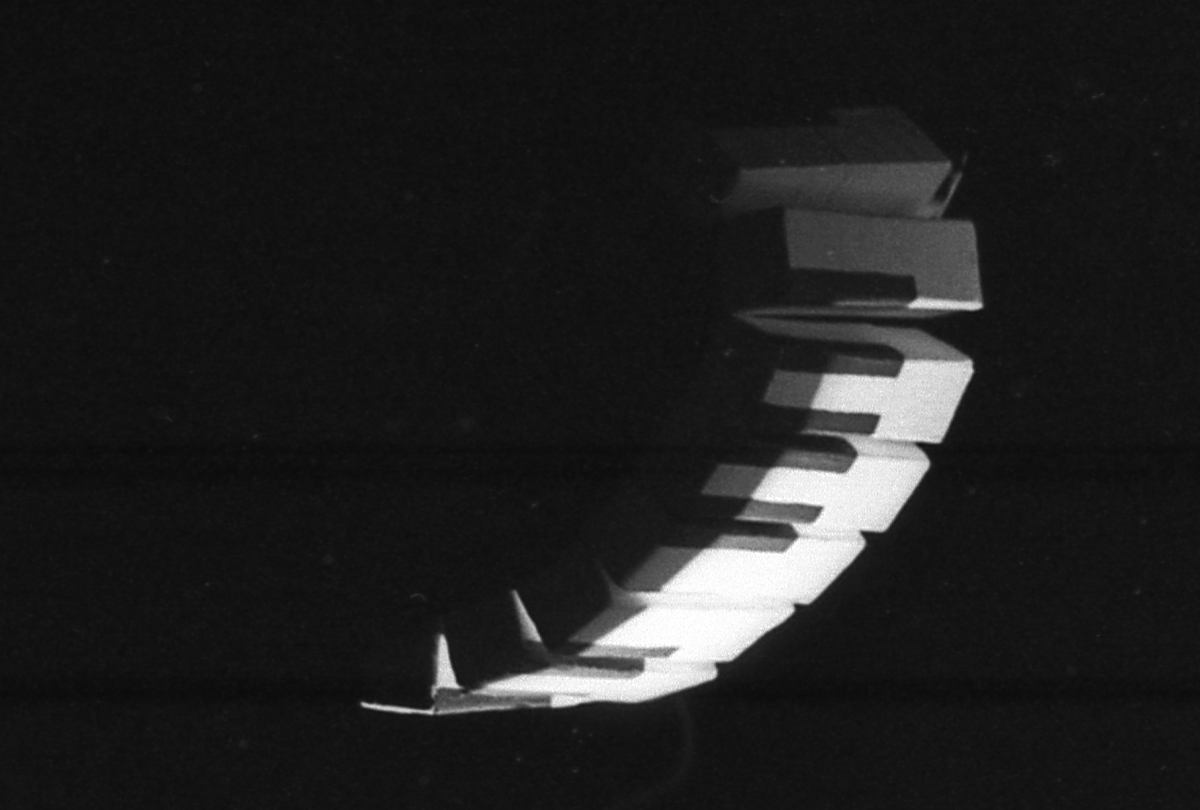 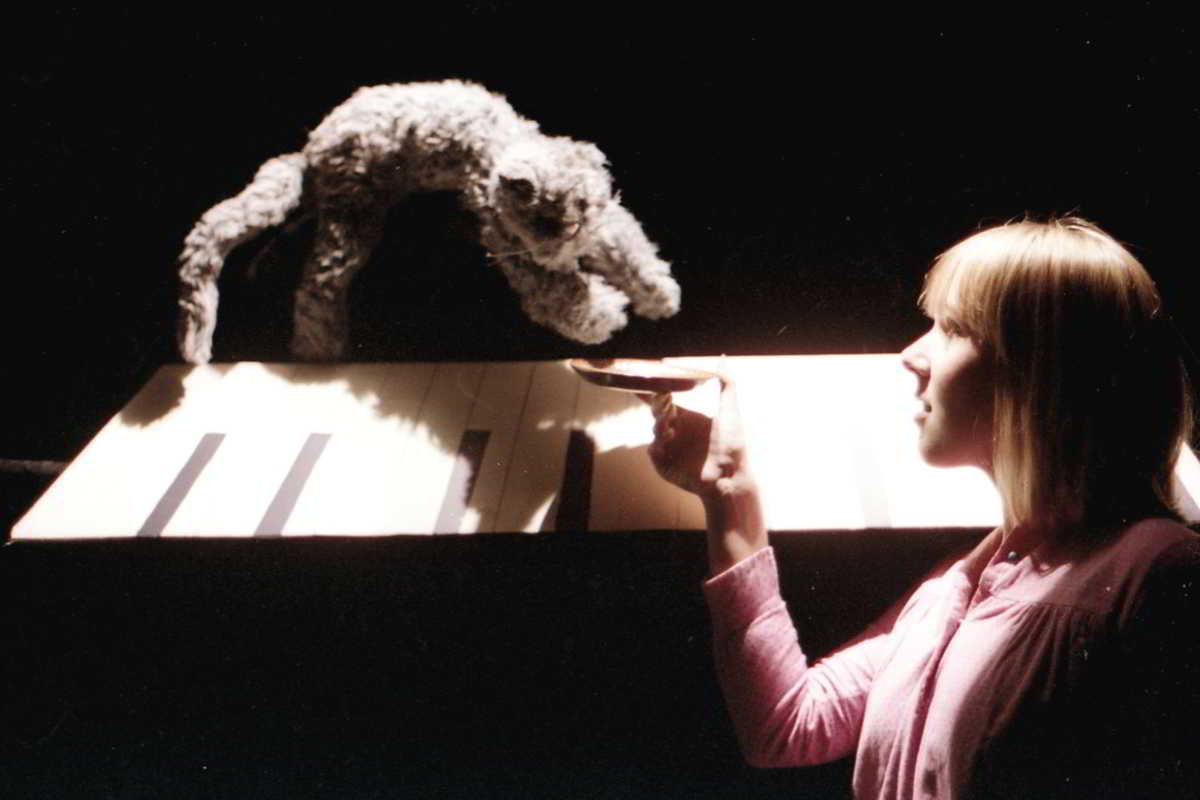 The orginal book was entirely narrated by Jandy as a running thought-commentary inside her head that revealed much of her anxiety about her father's departure. In the playscript, her worries are focussed on the effect of her story telling on her younger siblings, conveyed in her long running monologues as she tries to distract them. These were criticised by some:

Handspan has tackled this story with sensitivity and a great deal of dramatic ingenuity. The script relies on the actress playing Jandy to deliver long speeches that create and shift the mood of scenes and fill in the background to the narrative while remaining convincingly ten years old. It is a very demanding role that Helen Rickards fulfills with strength and devotion to fine detail. There are times when her best moments of depicting Jandy anxious would benefit from corresponding moments of relaxation to balance them if Jandy is not to be seen as neurotic.

At the same time,

After the climax of the walk down the hall, the story's message is delivered quietly and neatly in a relaxing denoument. Her father won't be back but Jandy will be strong enough to go on without him. "It's funny when you look a tiger in the face, it isn't scary anywore" are Jandy's final words as she snuggles down in her bed to sleep.

JANDY ... was was rehearsed with new cast members after opening in Richmond. Elizabeth Walley played Jandy; and subsequently, recent Rusden State College graduates, Steven Gration and Ian Roland, joined the cast and worked in Handspan's ensemble until the play's seasons concluded in May 1982.

The production inspired Handspan to create a new work designed for an in-theatre touring circuit., a Co-production, with the Mushroom Troupe BOMBORA. Again for young audiences and families, Bombora premiered in March 1992 and from then replaced JANDY ... in the company repertoire.