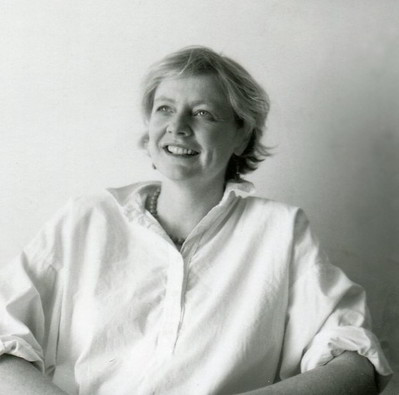 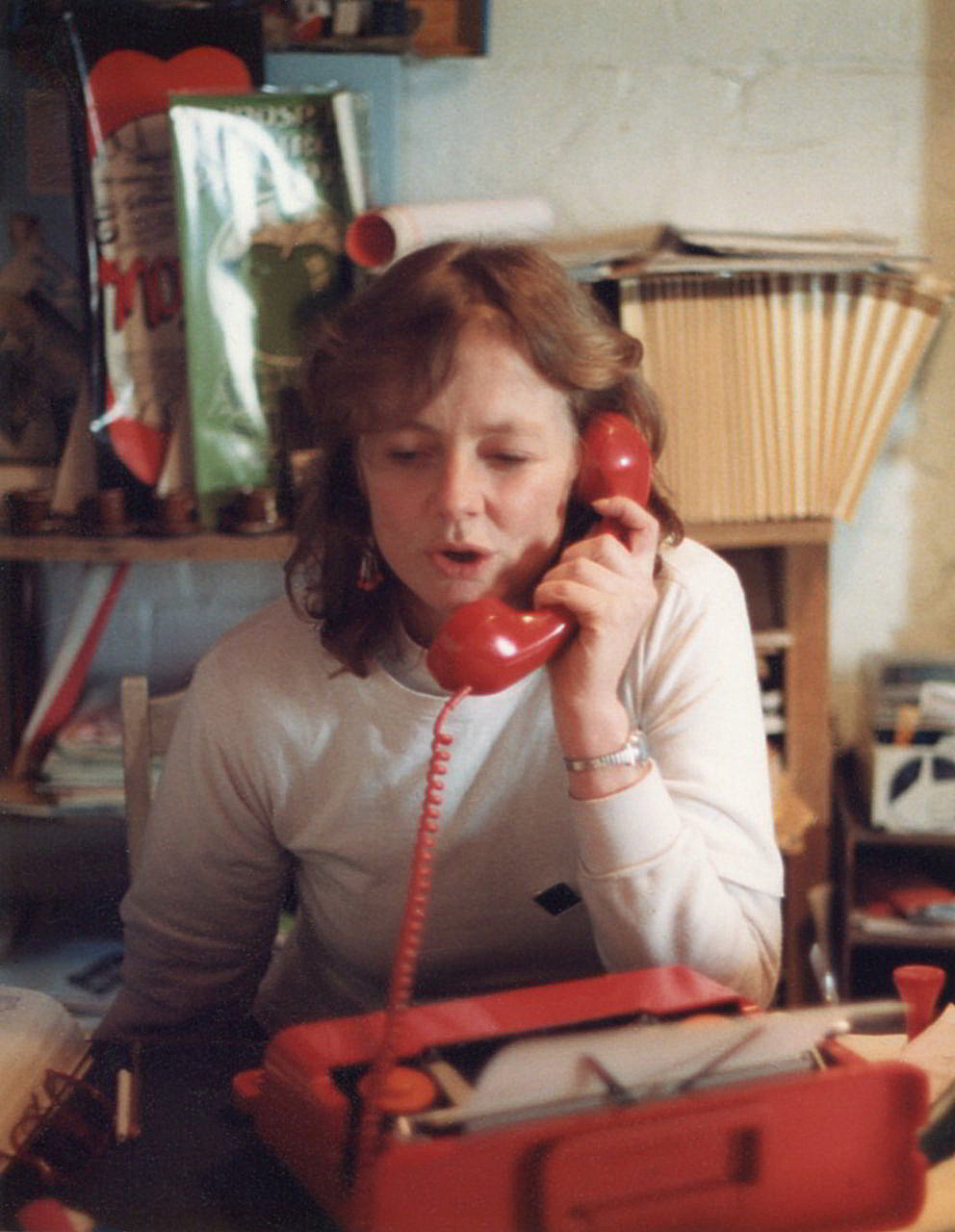 Helen was a founding member of Handspan Theatre in 1977. She brought to the fledgling company her 4 years' experience with the Parry Marshall Puppet Theatre and a family background in traditional theatre and contemporary drama. Helen knew a great deal about puppetry and its history, and in her travels overseas had seen the work of various European companies. She talked about the Black Theatre of Prague and the Japanese Bunraku and set our imaginations alight.1 She also burned her own boats and abandoned her almost completed Social Work Degree and her thesis on Puppetry in Therapy, to go on Handspan's first tour.

Helen performed as an actor and puppeteer in early Handspan shows. However, lacking diligence in voice classes and distracted by practicalities in rehearsal, her instinct for management led her from the stage to the office and put a phone in her hand instead of a puppet. She became Executive Director of the collective membership's artistic vision and programs in 1983, and remained Creative Producer with the company until 1986.

With Ken Evans, Helen remained a constant in the founding partnership that established Handspan, involved in all aspects of the company's work - as a performer, puppet maker, director (Streetwise, 1984), dramaturg (The Haunted, 1985), publicist and producer. She performed in the company's first international show, The Bunyip of Berkeley's Creek at the Edinburgh Fringe and at the 80th UNIMA World Congress and International Puppet Festival in Washington DC as well as on the streets of Paris and Amsterdam in 1980. Subsequently, she established Handspan international touring opportunities with Nigel Triffitt's Secrets which remained on the road for 5 years.

In 1982, she and Maeve Vella initiated the successful 3rd Australian International Puppet Festival, with Carclew, the National Centre for Youth Performing Arts in South Australia which involved her part-time relocation part-time to Adelaide to work as the Festival's Program Manager and Editor of Carclew's magazine, Lowdown until 1983.

Helen and Maeve Vella also co-authored Theatre of the Impossible, Puppet Theatre in Australia published by Craftsman House, Sydney, (1989) still Australia's key reference in the medium. Since Handspan closed, she has been spasmodically archiving, researching and writing a planned the history of the company: A Handspan of 25 Years. Much of the material on the Handspan Theatre Website has been generated from this unpublished manuscript, but the site itself has been created by Helen, in partnership with Maeve again, since mid-2014.

In her role as Executive Director of Handspan Helen brought a total commitment to creating original, innovative, issue-based work, and reaching new audiences for puppetry-based theatre. She was a leader in the Australian Youth Performing Arts Association and a member of the Community Arts Board of the Australia Council as well as being instrumental in commissioning some of Handspan's most memorable mainstage shows including Secrets, Cho Cho San and Four Little Girls and tireless in supporting the work of all Handspan company members.

Since her last work with Handspan in The Last Wave (1987), Helen has worked as a professional Independent Producer in Melbourne and Adelaide with theatre companies, arts organisations, festivals and communities. She has run puppetry and drama courses and taught Producing and Management to emerging artists and tertiary students.

Married to Andrew Bleby in 1985, Helen moved to Adelaide in 1990 where she established her independent producing company Schemes Consolidated. She worked with the Drama Centre at The Flinders University of South Australia to host the 3rd International Woman's Playwrights Conference (1994) as a collaborator in experimental projects using early digital animation and imagery in performance design; instituted the Performing Arts Industry Research and Development organisation (PAIRD) to develop student-industry exchange projects; and produced cross-cultural exchange projects in Asia.

Since her return to Melbourne in 2001, Helen has worked with former Handspan colleagues and associates including the Keene Taylor Theatre project and Becken to create new independent performance works as well as producing a wide range of projects with performing artists across Melbourne.

What I liked best she claims2 was the ensemble nature of Handspan - shared ideas, shared vision, shared ambition and shared responsibility and commitment. When Handspan became a formalised institution I wasn't the right leader for it any more - too enamoured of creative freedom perhaps, it was perfect to hand over to Trina3 . Handspan left its mark on many people - I'm very glad to have been one of them.