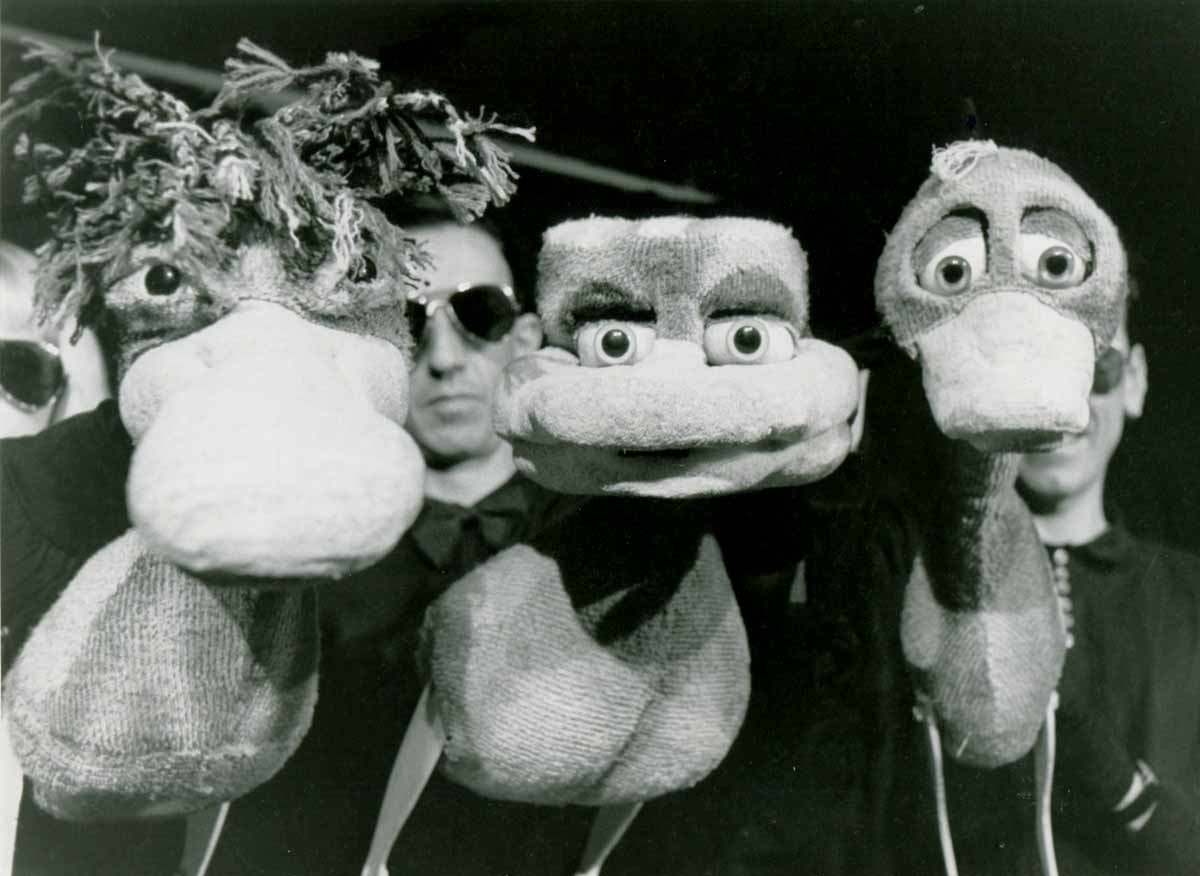 Duck Puppeteers Fr.L: John Rogers & Rod Primrose
Photograph: © David Herd, 1987
One fowl night out, in a place not far from you, in a time closer than you think …puppetry and duck madness!
Le Joke publicity flyer


DUCK was created by its performers with Melbourne based comedy writers, to be a flexible repertoire of sketch routines for cabaret venues.

Performers and director, Frank Italiano, workshopped script ideas with local comedy writers, Wendy Harmer, Maryanne Fahey and Ian MacFadyen. Sketches were devised for performance spots in the local edgy venues in Fitzroy, where try out nights abounded and artists grouped and regrouped. Segment outlines evolved from the workshop sessions which were linked as DUCK for showcase previews at the first Melbourne Spoleto Fringe Festival1 .

was a little too preoccupied with exploring the genre of puppetry and failed to generate any specially interesting material.