Ask For The Captain 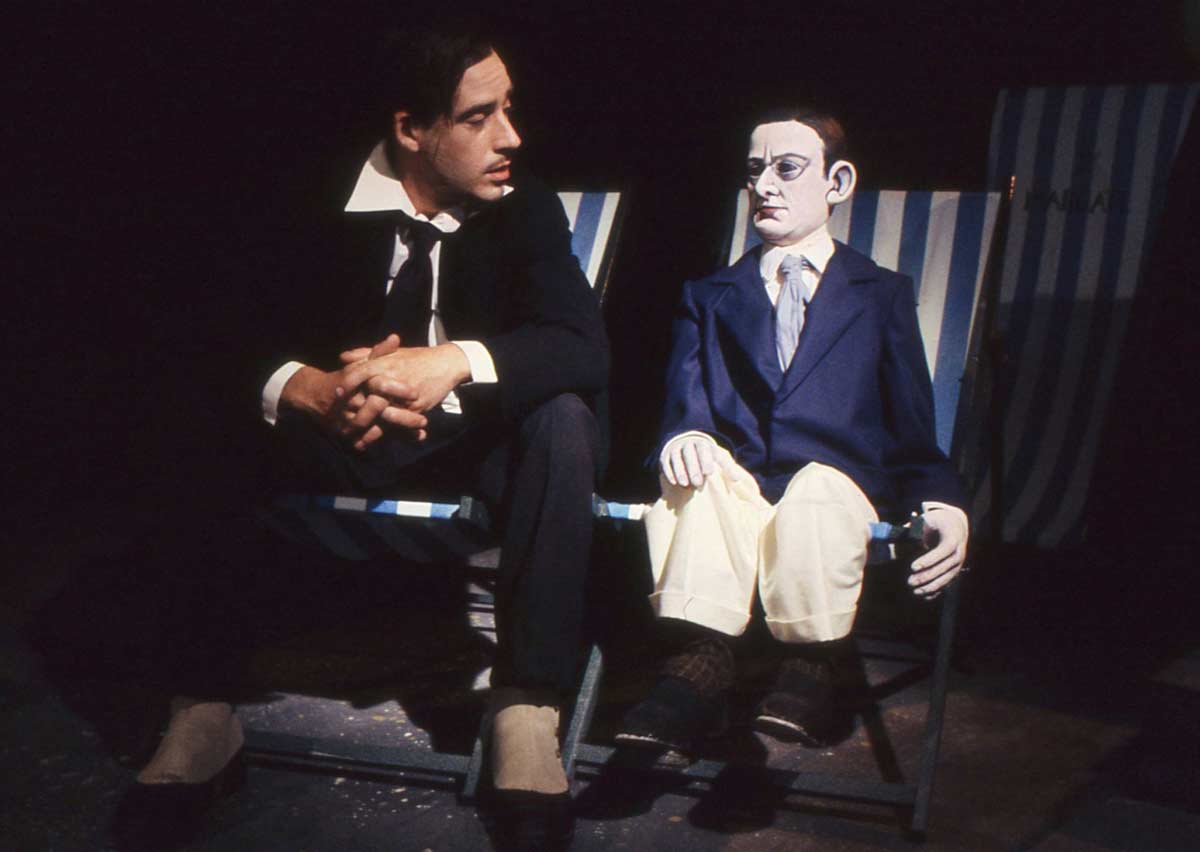 Ask for the Captain Ezra Pound (Hugh Wayland), in conversation with T.S.Eliot.
Photograph: © Penny Gutteridge, 1992
Reaction to this production would undoubtedly divide between those who had reread T.S.Eliot's "Wasteland" or other biographical material and those who had not.
Author & publication TBA


ASK FOR THE CAPTAIN explored the life of the poet T.S. Elliot based on his autobiographical poem 'The Wasteland published in 1922.

It was an ambitious undertaking for David Baird newly appointed Artistic Director at Handspan. The play was written by his wife Ljiljana Ortolja, and he composed its music and directed the production.

ASK FOR THE CAPTAIN's script ideas were dense and its design and imagery even denser and more complex. 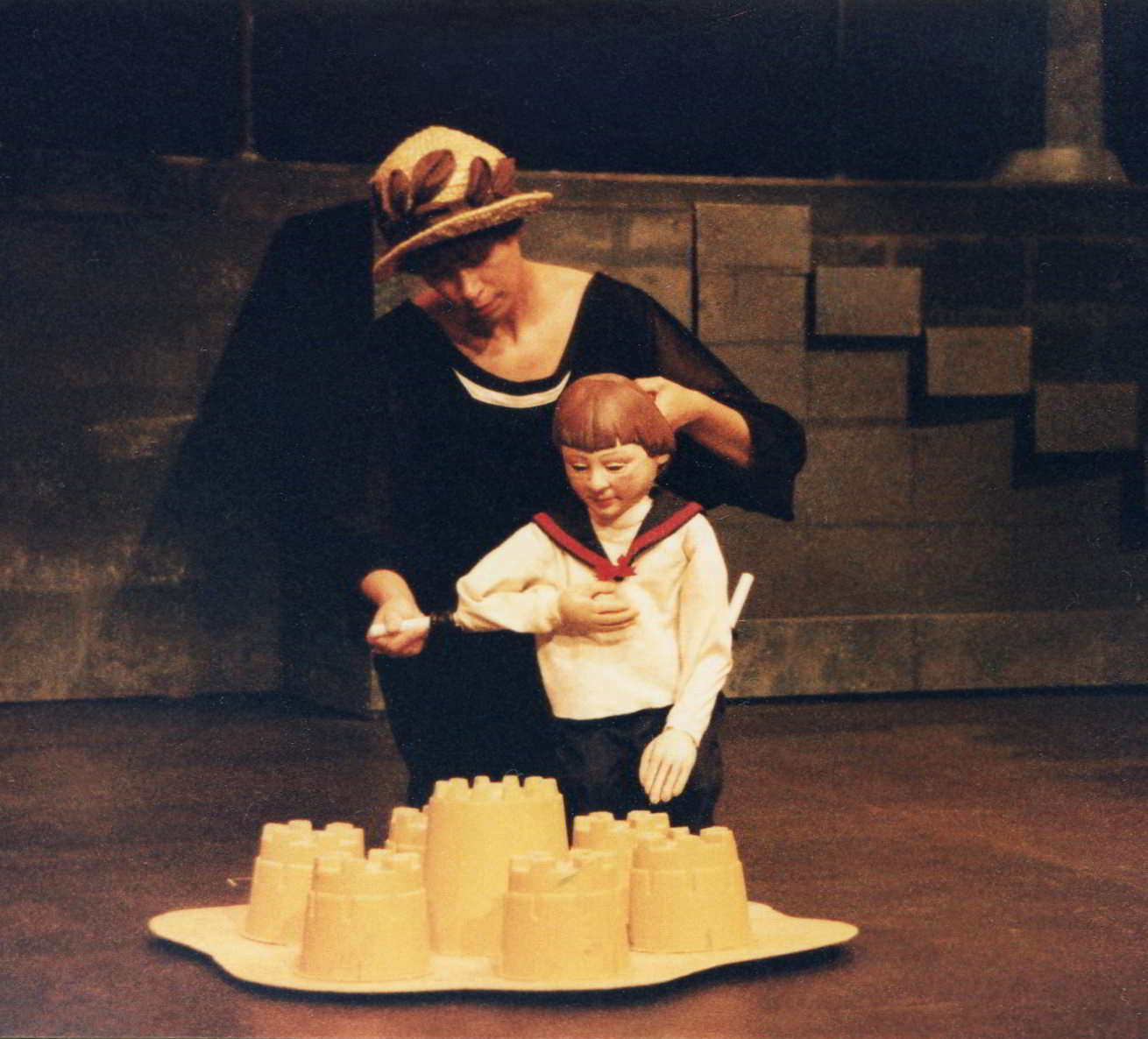 Vivienne at the beach with the boy Eliot
Photograph: © Penny Gutteridge, 1992
Click photo to enlarge


In the play Eliot was represented as a puppet, initially a boy, and then a man. Ezra Pound was portrayed as his manipulator who influenced his ideas, his behaviour and his emotions. Eliot's wife, Vivienne appeared as a clawing harpy, Blind Tiresias was played as a street performer and the Hyacinth Girl as a Salvation Army Officer.

Following the narrative of the poem, Eliot embarked on his journey to redemption. He flew over the city of London by boat; dug sandcastles and encountered the knights of the Holy Grail on Margate Beach. He capsized and plunged to the seabed where he met his New England ancestors; and returned to shore to meet Madame Sosotris to be told his fortune.

The production featured close to life-size Bunraku-style puppets with highly realistic carved heads and hands. The puppeteers, visible to the audience, played dual roles, each an actor-character as well manipulator of puppets within the story. Image designs referenced the work of other artists. The stage was crammed with imagery but some of its reference points were obscure and their multitude meant that they remained static for much of their time on stage despite the scale of the cast.

ASK FOR THE CAPTAIN was under considerable pressure to succeed. Billing advertised that it was a new work by the company that had created Secrets and Cho Cho San, and it was much anticipated as the first work in a new era for the company.

Unfortunately the production was not a success:

Although production values were high, aspects of the work disturbed me. In his movement work the director takes certain elements and works them over and over, like a dealer shuffling cards rather than someone developing a series of images. For the most part the live actors were reduced to a fairly de-humanised performance. They had, so to speak, replaced the puppets, without thereby adding anything to the language of the company. Correspondingly this then left little real role for the puppets themselves.

The latest production from the innovative company Handspan, the first by new artistic director David Baird, is so unachieved even on a technical level that examining the ideas behind it is futile. It is purportedly about T.S. Eliot at the time when he wrote his masterpiece "The Wasteland" but the vacuity of its intentions makes the attempt nothing less than embarrassing.

The Victorian Curriculum Assessment Board included the production in the1992 final year drama students Review Options List both for its stylistic curiosity and its introduction to Eliot and his work. It proved a popular choice but left students confused.