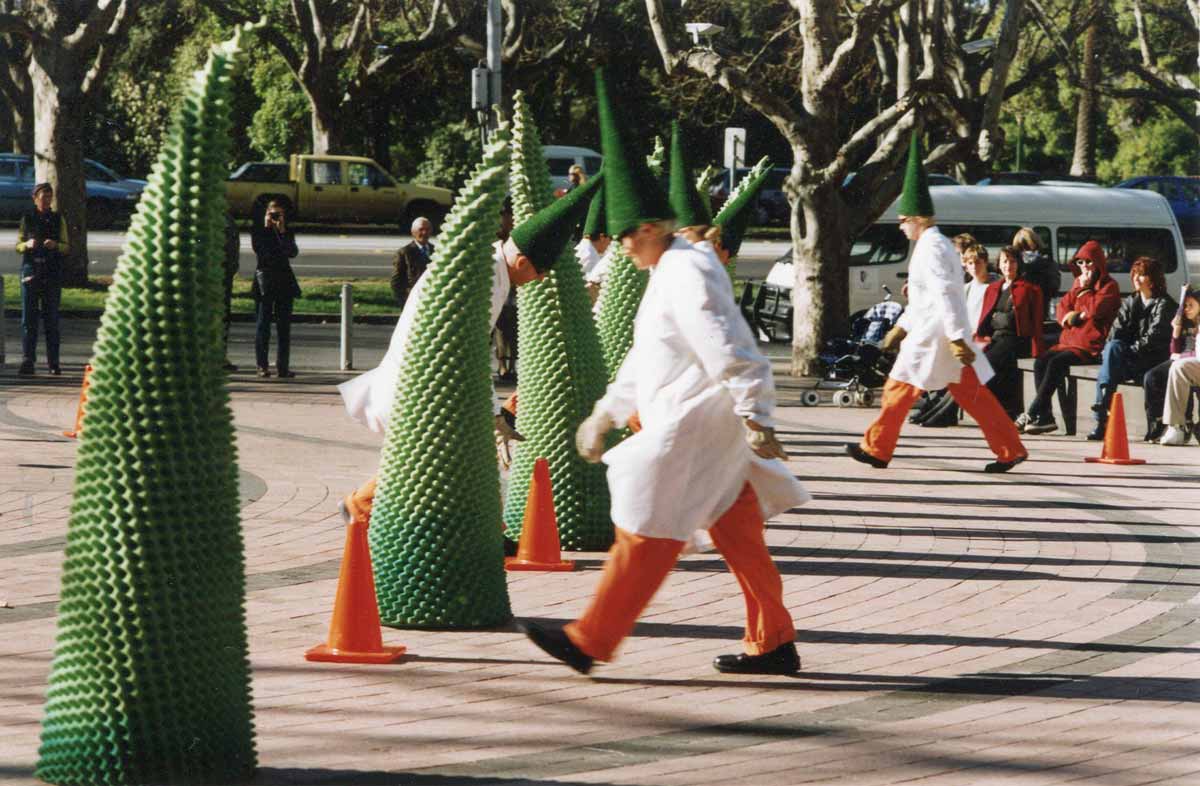 Like the pyramid and the ziggurat, the cone provides the image of ascension, of development from the material to the spiritual, of the gradual spiritualisation of the world, of a oneness and a return to personalisation.


THE CONE PROJECT was devised and directed by Katy Bowman and was a successor to her project, The Phoenix Cycle produced by Handspan Visual Theatre in 1998. These were the only new works produced by the company during the two year period, both projects on a large scale.

THE CONE PROJECT was a multi-faceted work combining installations with roving performance segments. It was staged by the company throughout Melbourne's Southgate Arts precinct as part of the Victorian Arts Centre’s Winter Program, 1999, in partnership with the Victorian Arts Centre, Southgate Arts and Leisure Precinct and The Age Artstate’99 initiative.

They split the cones into smaller units, re-build them, wrap them in silver foil, cover them in grass, burn them, sit inside them, swing from their apex, place found objects and text in and around them, plant a forest of invitingly soft-textured cones and perform strange rituals.

A journey into the Questors Laboratory, where the mysterious and absurd Questors seek to crack the code of life’s constant transformation and change.

Tall orange plastic cones ('witches hats' otherwise found at roadworks' sites) were lined up in rows and at angles across the Arts Centre Forecourt so that audiences peering into their apex viewed objects and text snippets that reflected the conical theme. Three metre high metal-framed perspex-covered cones stood curious and empty, or framing ‘in-cone’, spot roving Questor appearances; a maze of rubberised tree-cones became tumbling mats and juggling props for these dunce-like clowns performing acrobatic sketches; scaffold cones supported the Questors in aerial acts; and soft cone statues complemented the precinct landscape. Audience members played with the clowns and with the cones; and different performance activities popped-up around them throughout the precinct by day and at night. 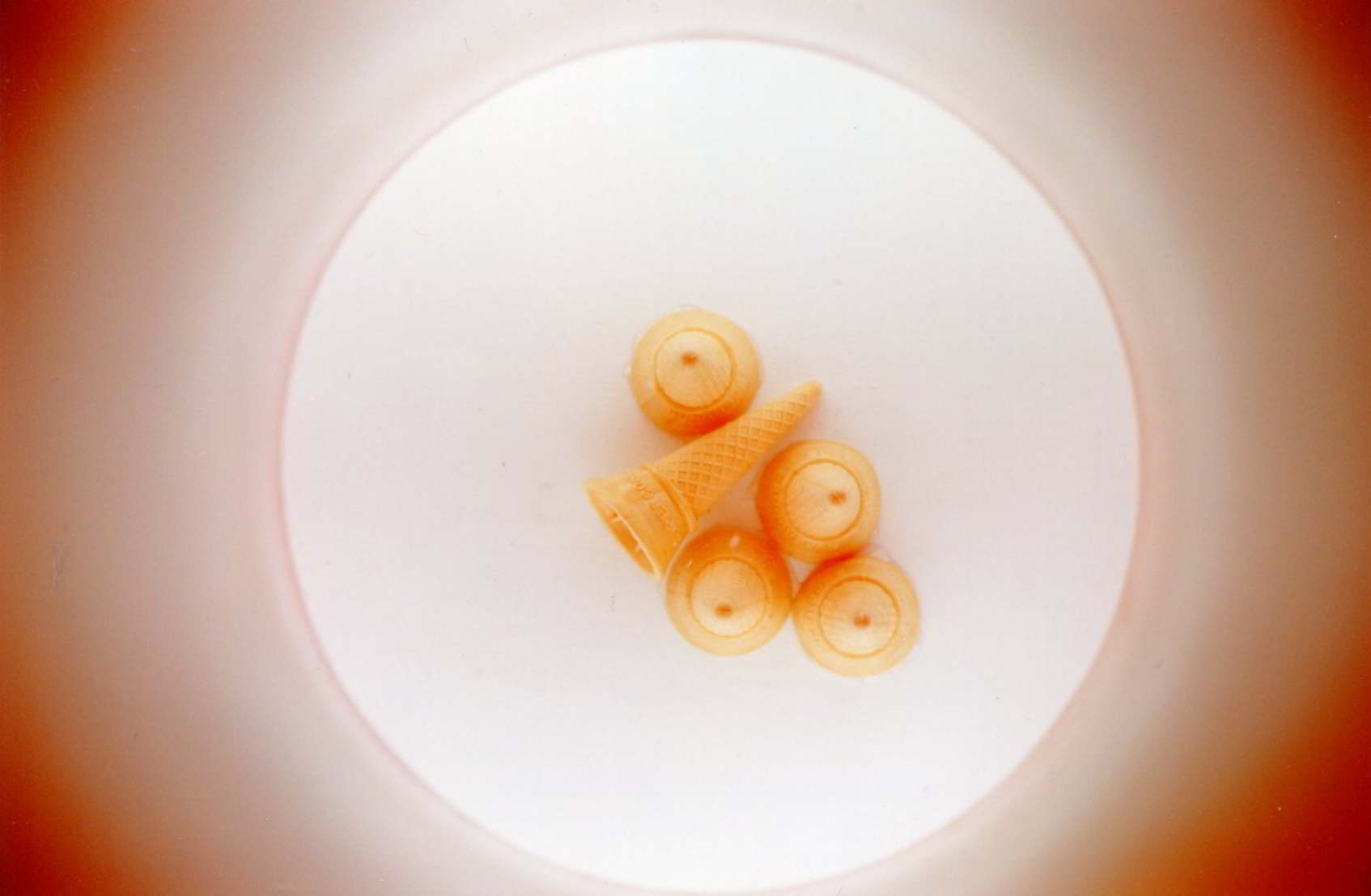 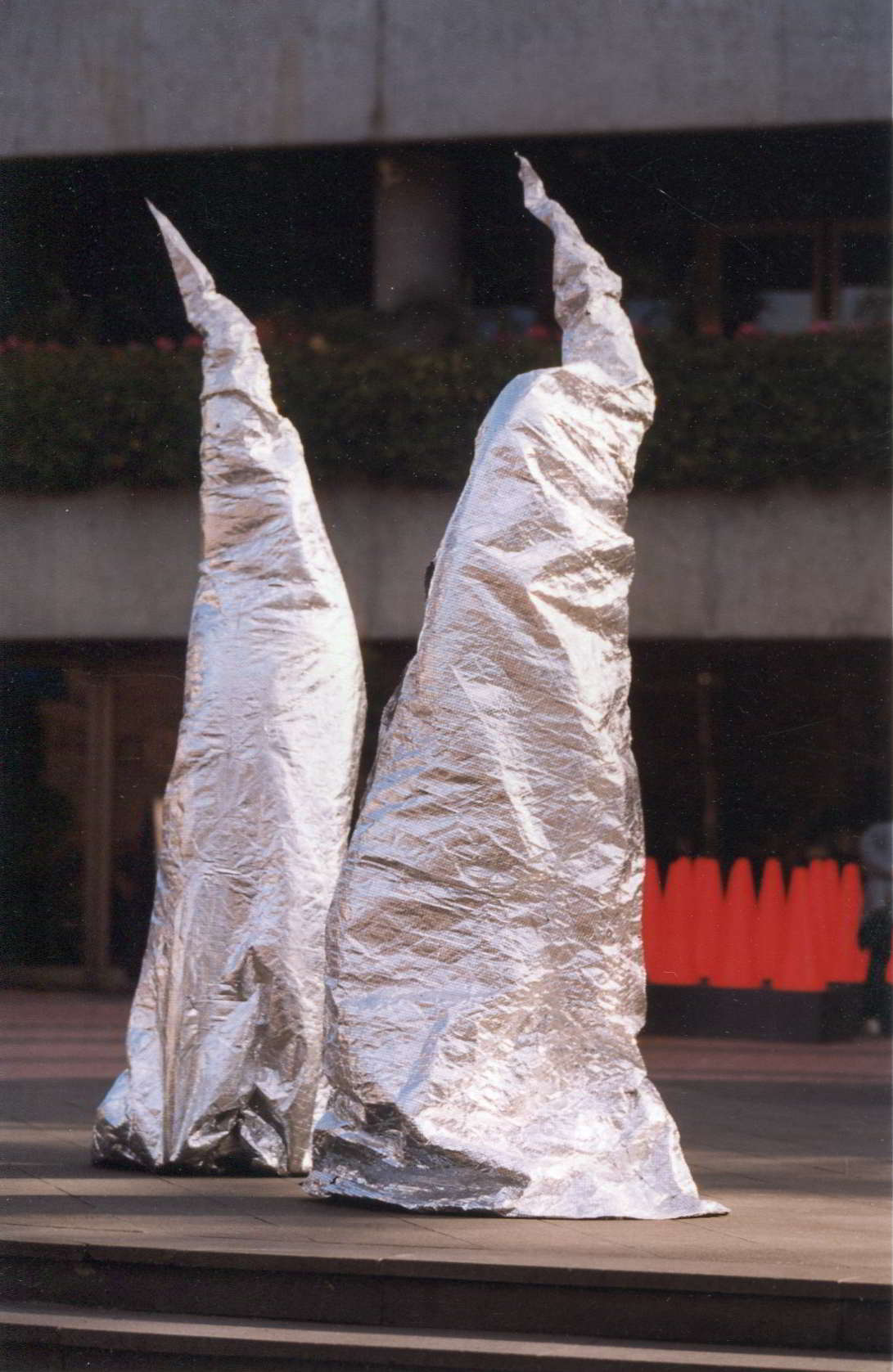 THE CONE PROJECT was the last such production for the company itself, although former Handspan artists have continued to create outdoor spectacle incorporating the magic of animated imagery, across Australia and internationally, for large and small scale occasions into the 21st century.