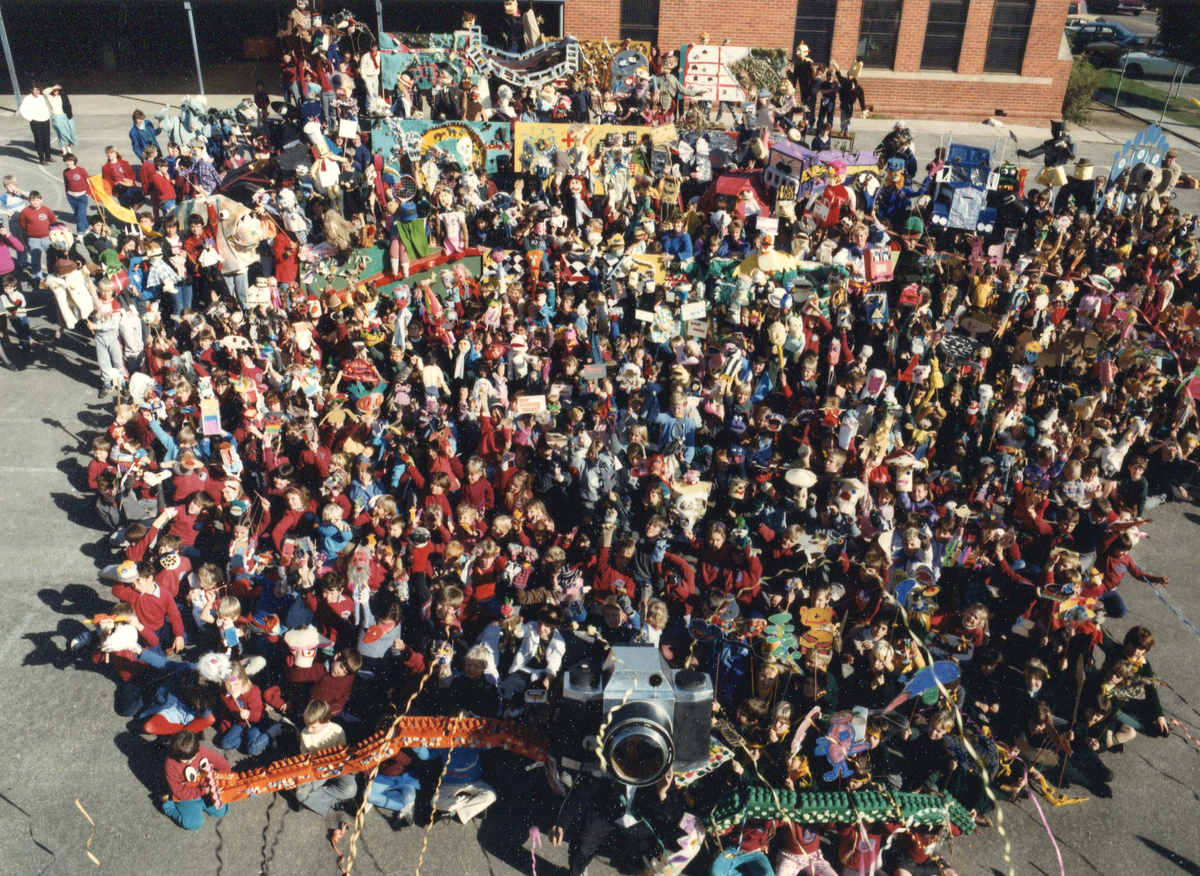 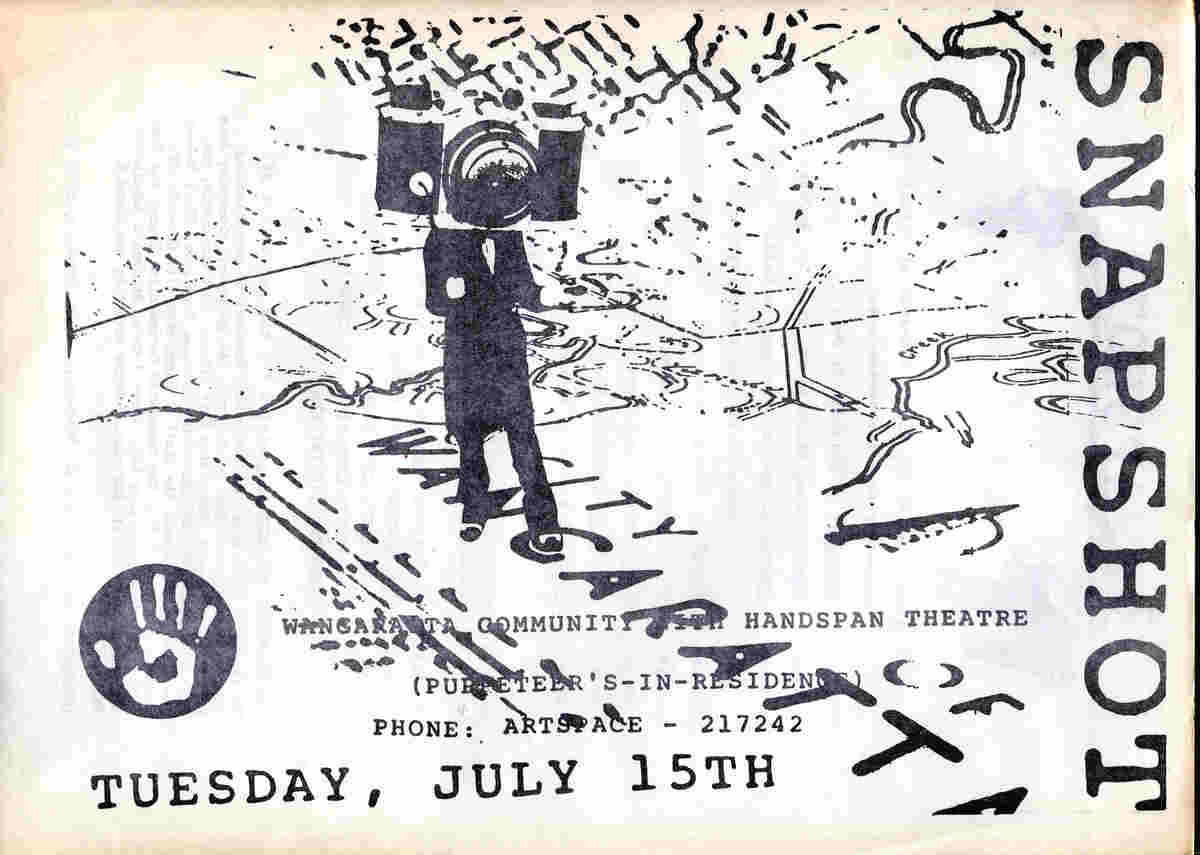 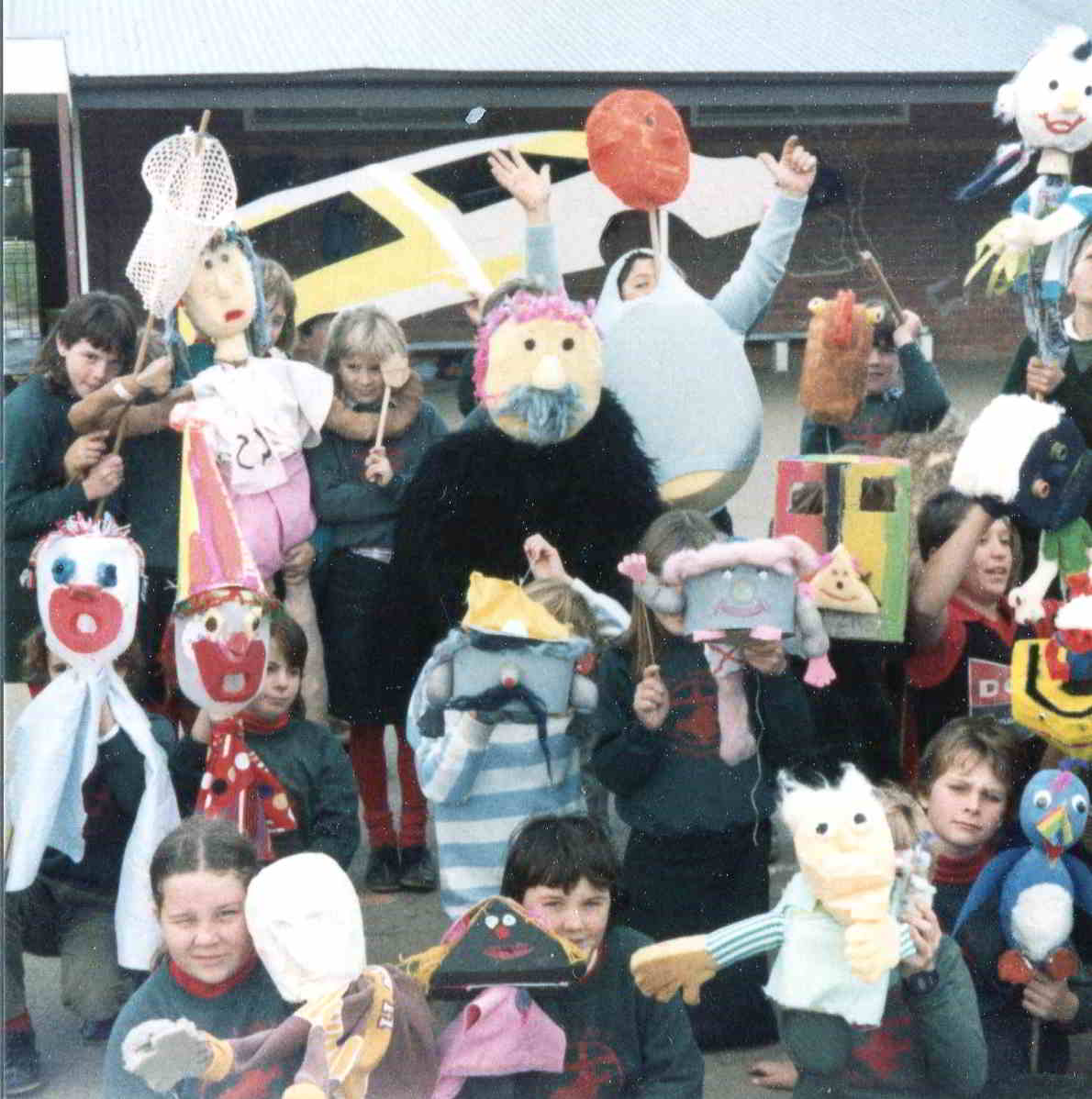 The Public Event that was the climax of the SNAPSHOT project was a parade of over 900 children and puppets through the main street of Wangaratta led by a giant camera created by local artist, Ross Grounds, and worn by Handspan performer, Roberto Micale. Around 1200 residents and visitors lined the streets to view the event and cheer the participants on. 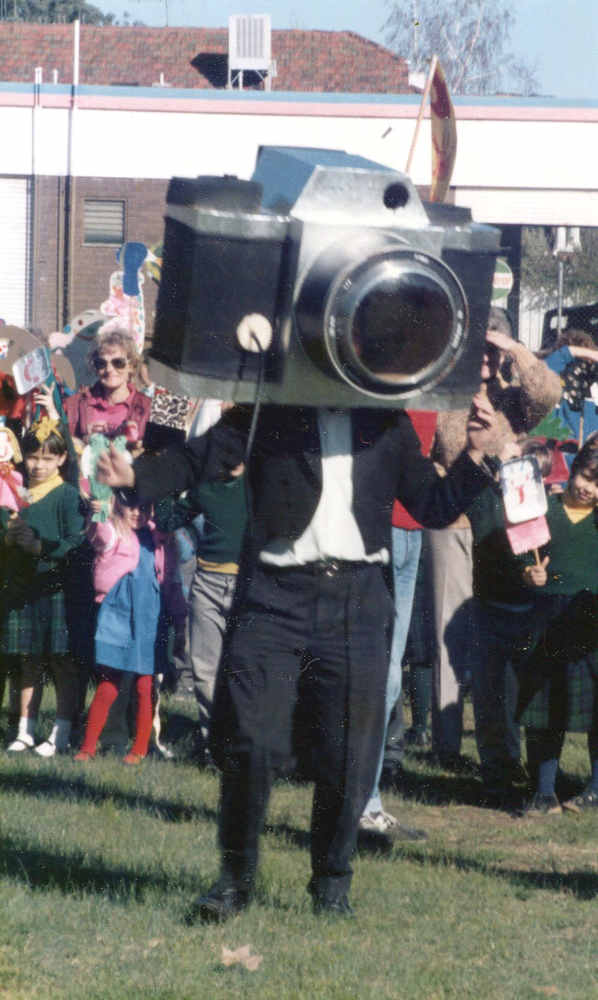 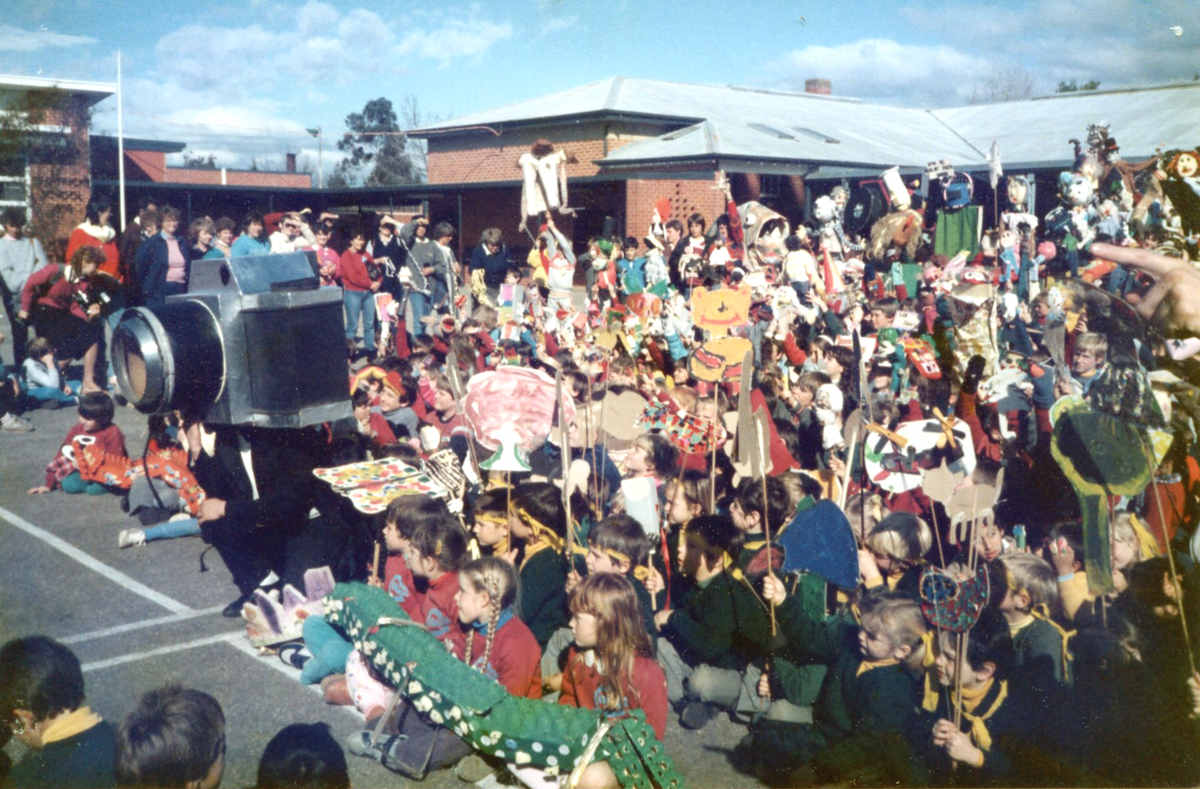 Many local business supported the project with small donations and goods. Several additional Handspan members travelled the highway from Melbourne to assist in the final workshop week and wore bright yellow Handspan banners to became parade marshalls and puppet wranglers for the final event. Special permission was received from Council and the Road Authority to close the main Hume Highway (which then bisected the town) for an hour to enable the street parade and assembly.

The parade crowded the morning mainstreets and the 'Snapshot' of the final assemblage was taken from a cherry picker in Chisholm St before all dispersed to a lunchtime Puppet Picnic and performance exchange in the park. 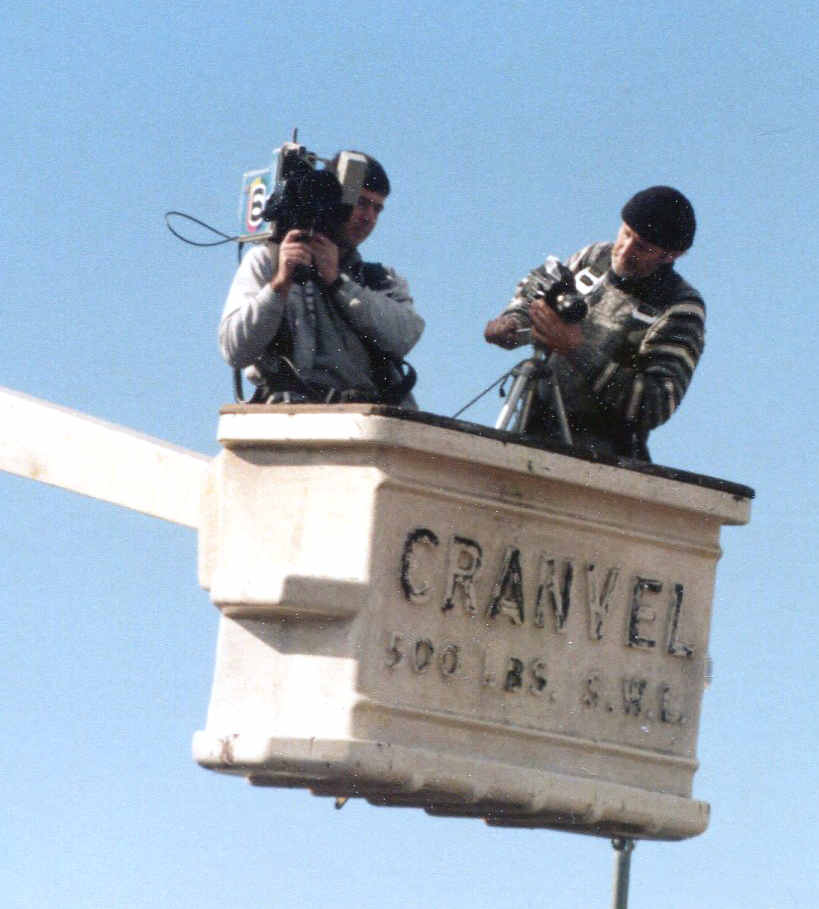 On high, directing the Puppet Assembly with photographer, Jonathan McNaughton. 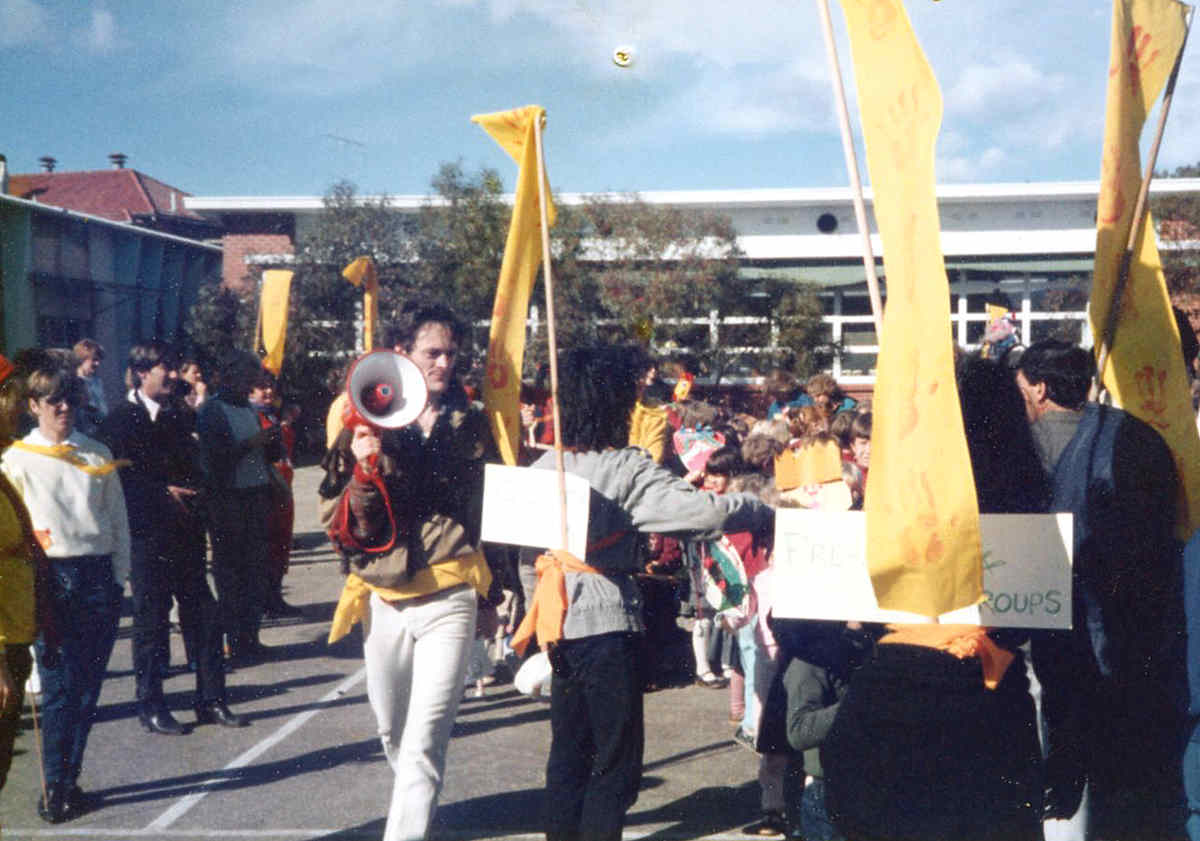