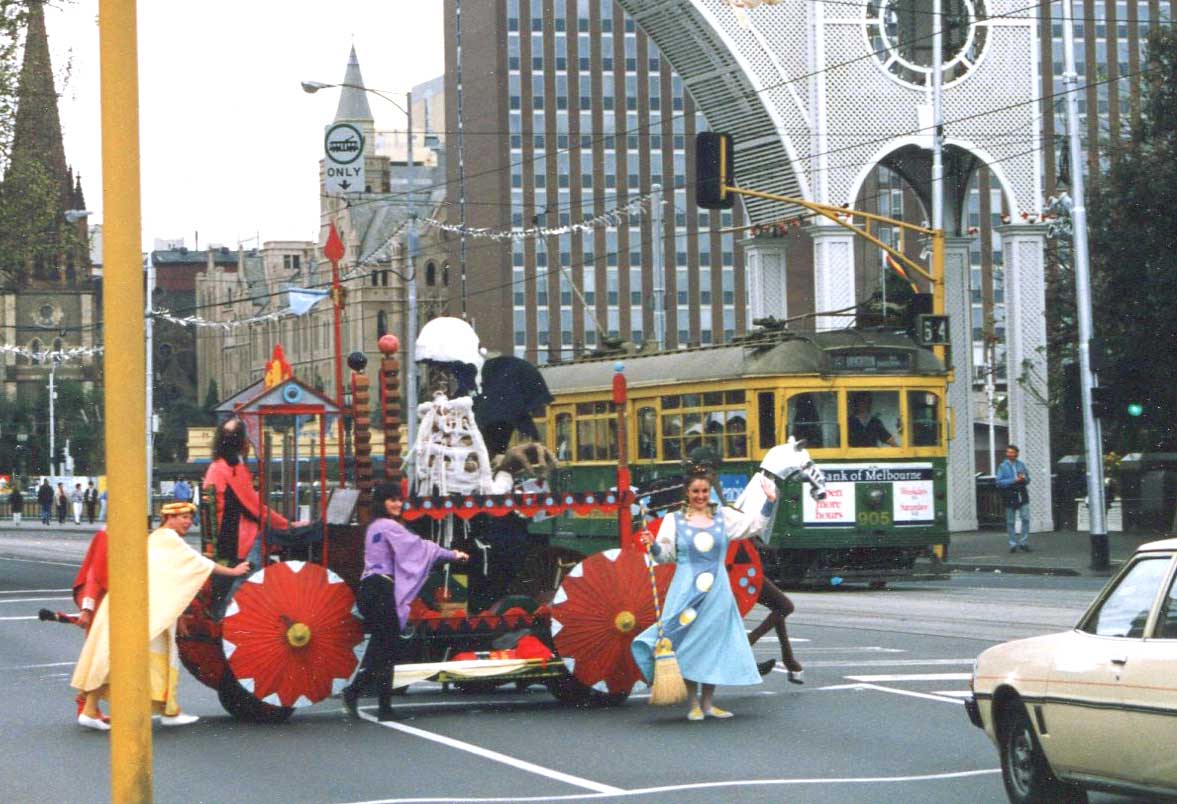 
THE CROSSING was commissioned by the Melbourne International Arts Festival, 1991 as part of its opening celebrations and for daily performance throughout the Festival. 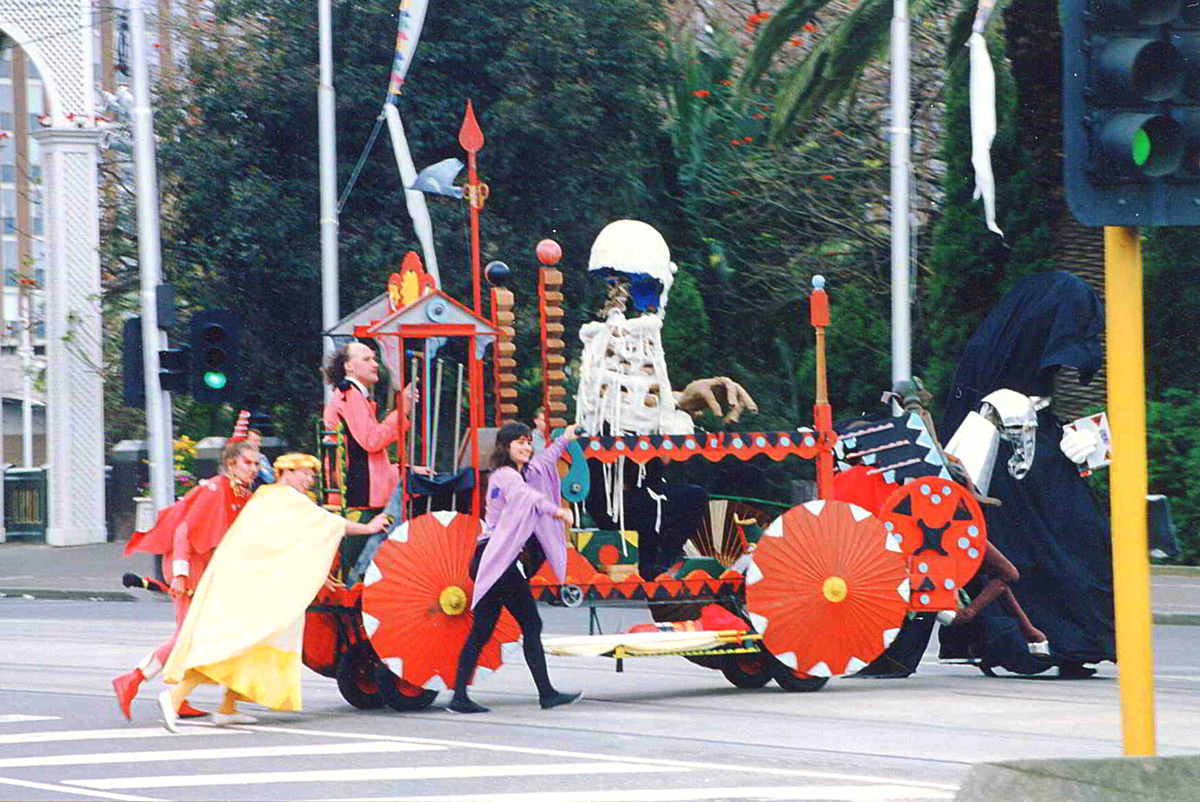 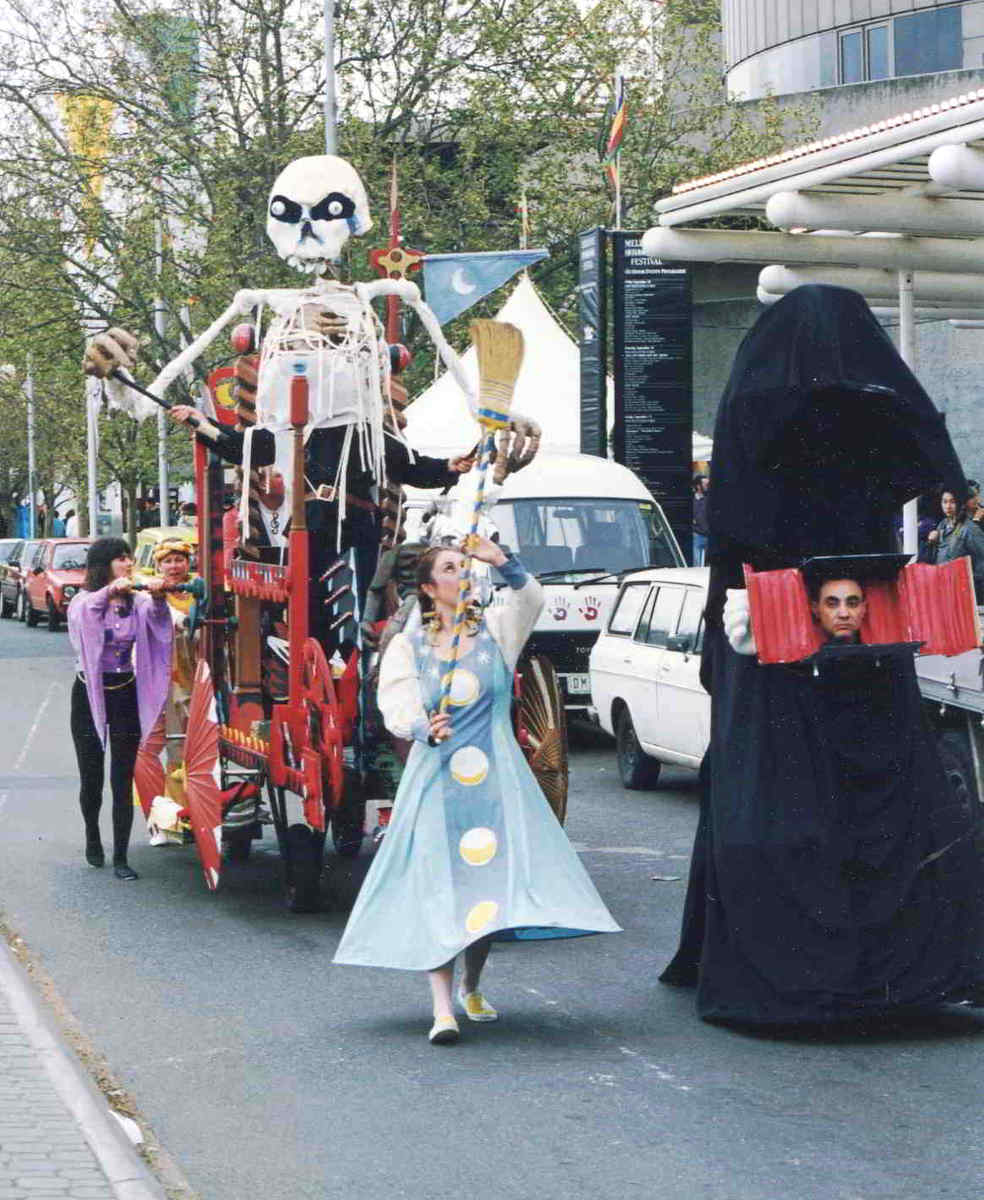 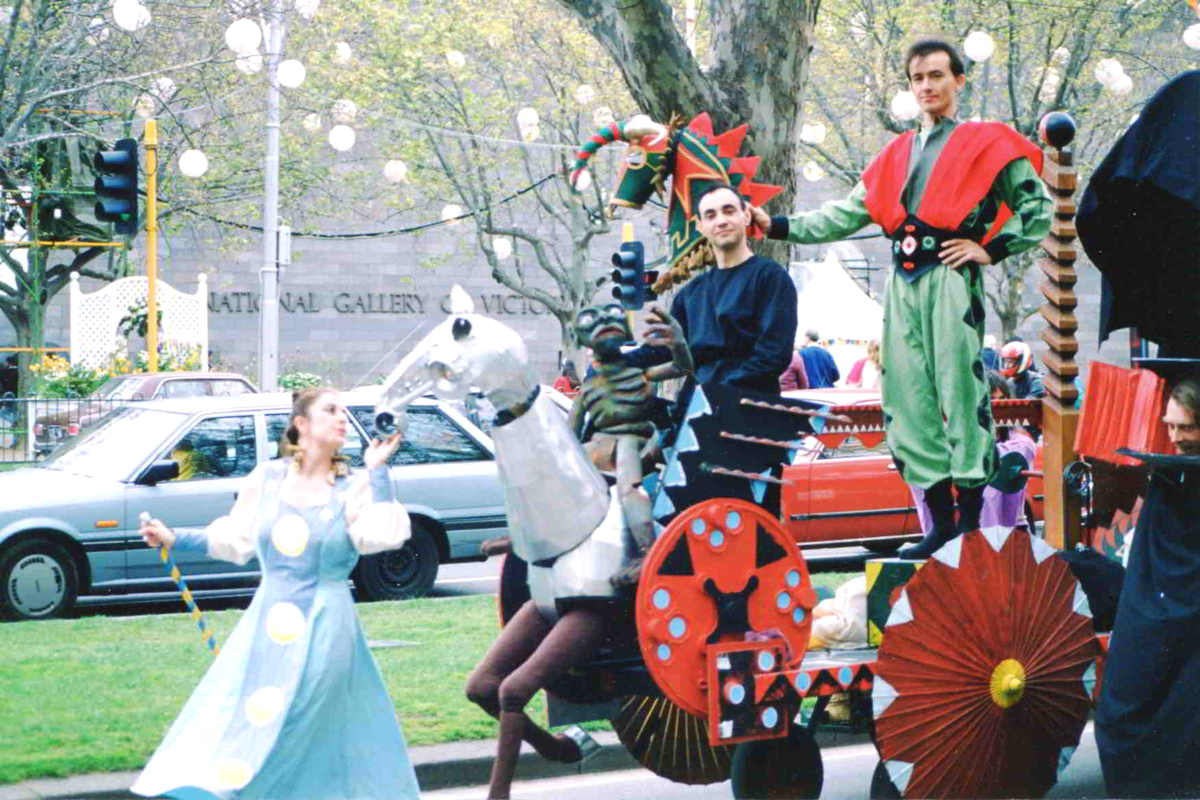 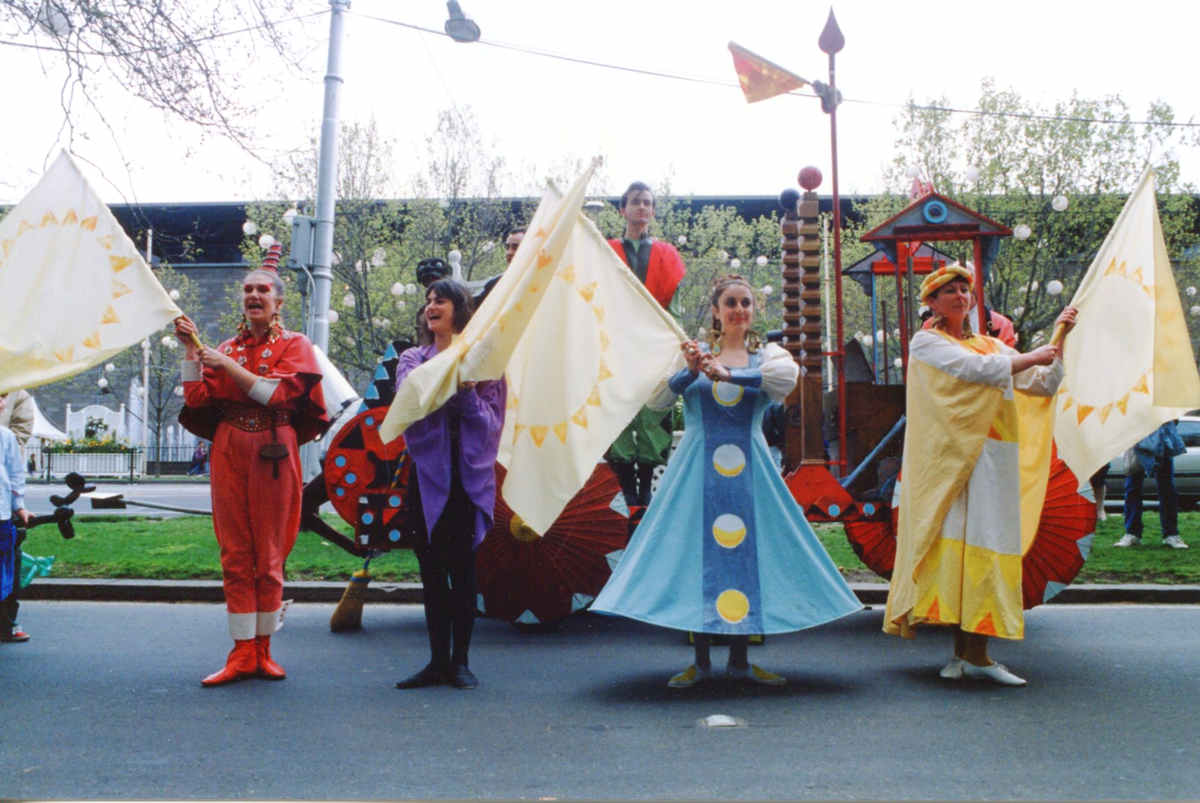 Outside the National Gallery of Victoria
Company snapshots, 1991 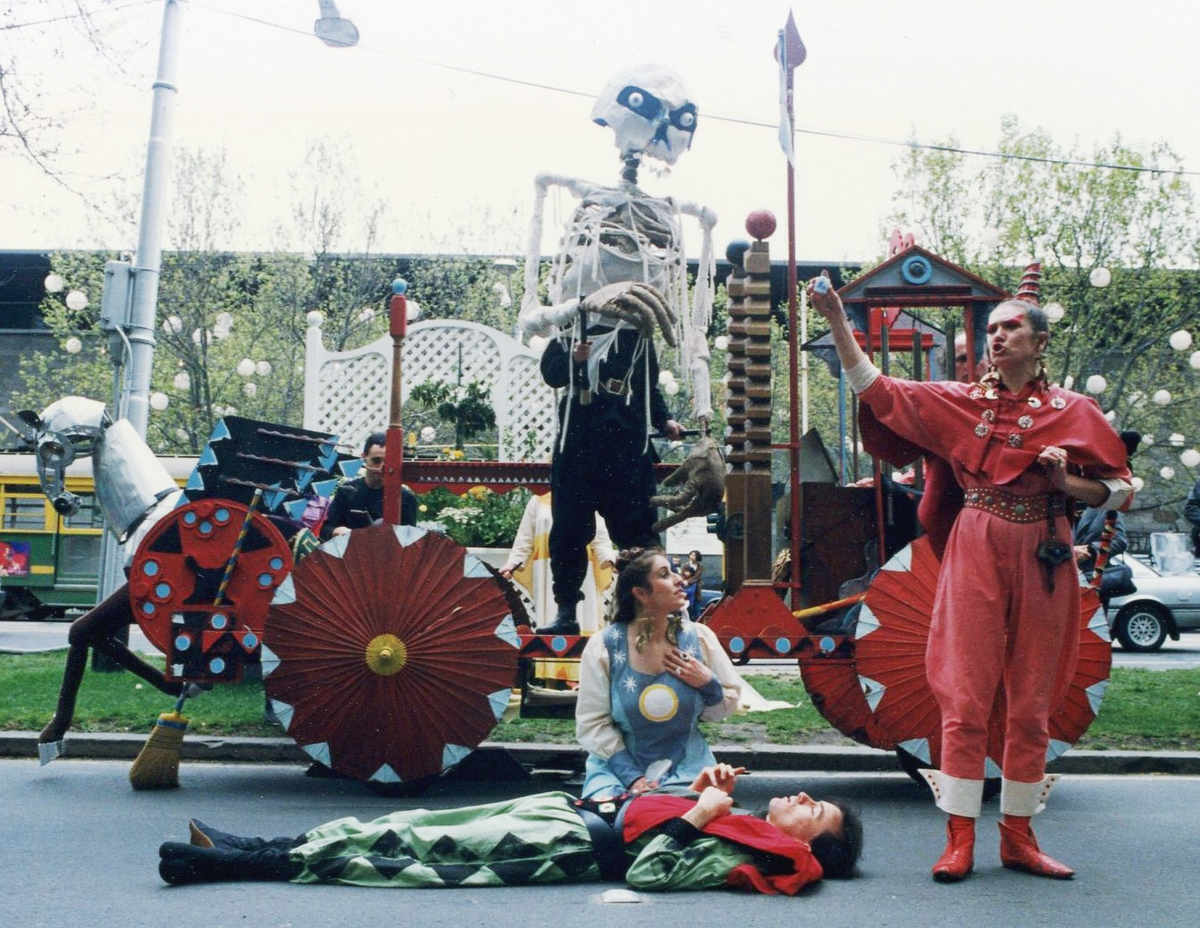