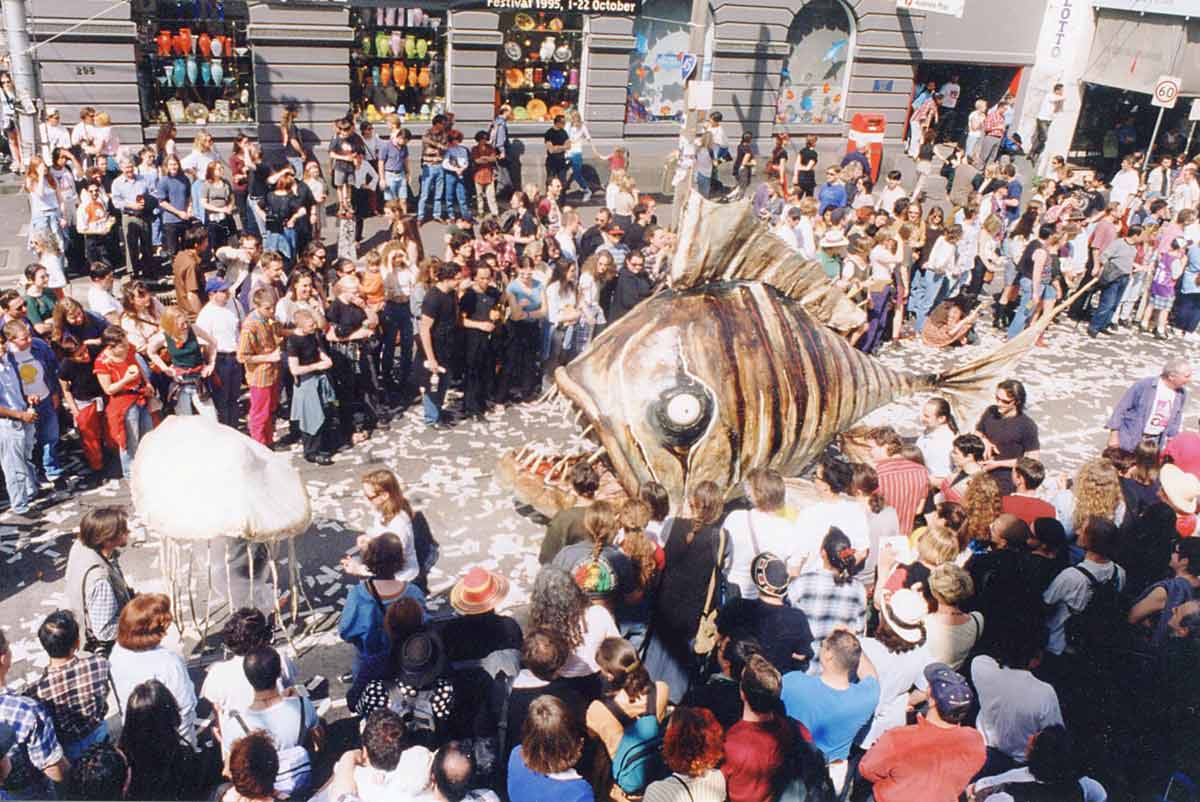 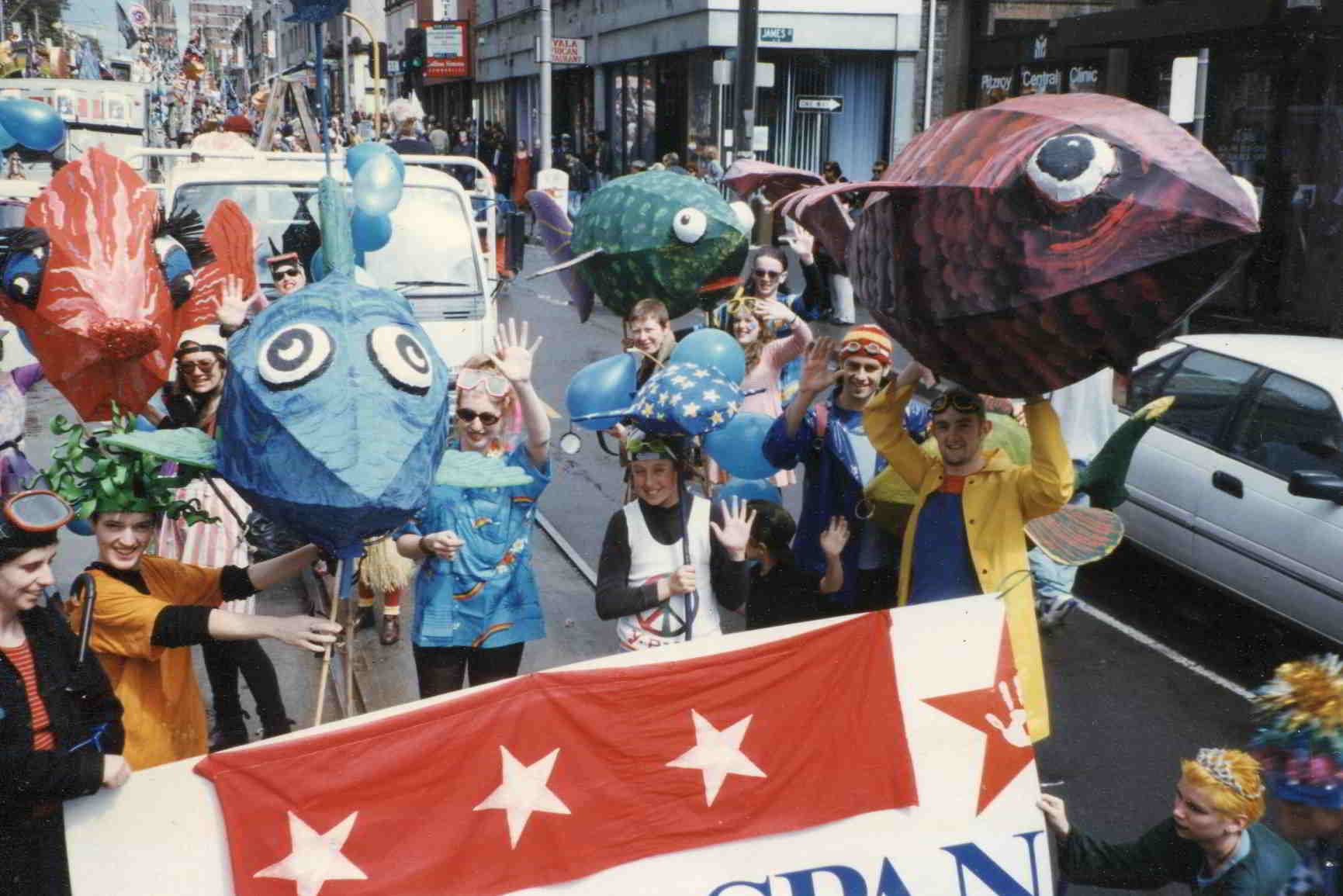 Students from Swinburne University’s Small Theatre Production Course' course, with Handspan members and a new generation of their offspring, participated in the creation and performance of the production led by Katrina Gaskell, Alison Bogg and Megan Cameron.

SWIM as its title suggests represented swimming in many of its forms. Large processional puppet fish were made from cane frames, covered with paper and painted in tropical fish patterns and colours. Puppeteers wearing an array of outlandish beach attire, goggles, flippers and the like, manipulated the fish.