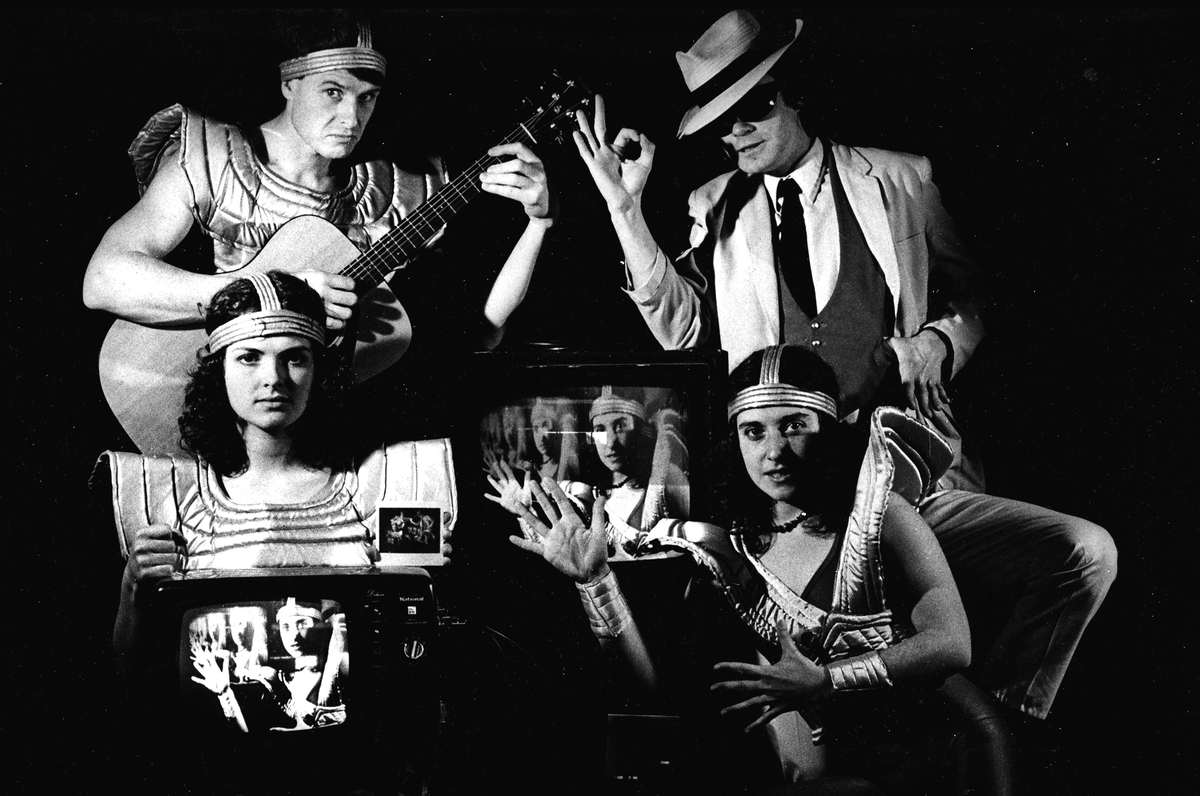 The performance style of PRIME TIME was more actor-focused than previous Handspan works, its key imagery was in striking futuristic costumes, and its message conveyed through comic mime and song interspersed with live dialogue and banter between the actor/characters and Technocrat Cat (TC). The adolescent heroine enticed into the world of television by TC with promises of fame and fortune, was manipulated by a money hungry media-controller until she rebelled and was thrown out.

Ken Evans' design added magic, comedy, and whimsy to its original draft. Outcomes and consequences were able to remain unspoken. Messages awkwardly dramatised that may have stagnated into dogma were refocussed to 'show' rather than 'tell'.

PRIME TIME evolved from a Rusden State College graduate showcase and after it's further development at Handspan, toured professionally to 50 schools in the last term of 1980, and appeared at the We're On Festival1 , before its participants disbanded to follow independent post-graduate careers.

Rusden, in the eastern outskirts of metropolitan Melbourne began as Monash Teachers’ College and evolved in the 1970s as an independent college with a developing curriculum in drama, media studies and dance.


Rusden’s curriculum was, like Handspan’s practice, strongly influenced by the educational innovator, Dorothy Heathcote and her belief that the learning purpose of drama in education is maximised in accessible, interactive performance around topically relevant material, and the everyday experience of its audiences and participants. This common belief drew many Rusden graduates to Handspan’s approach to theatre for young audiences and several worked with the company in shows and as long-term artistic members.