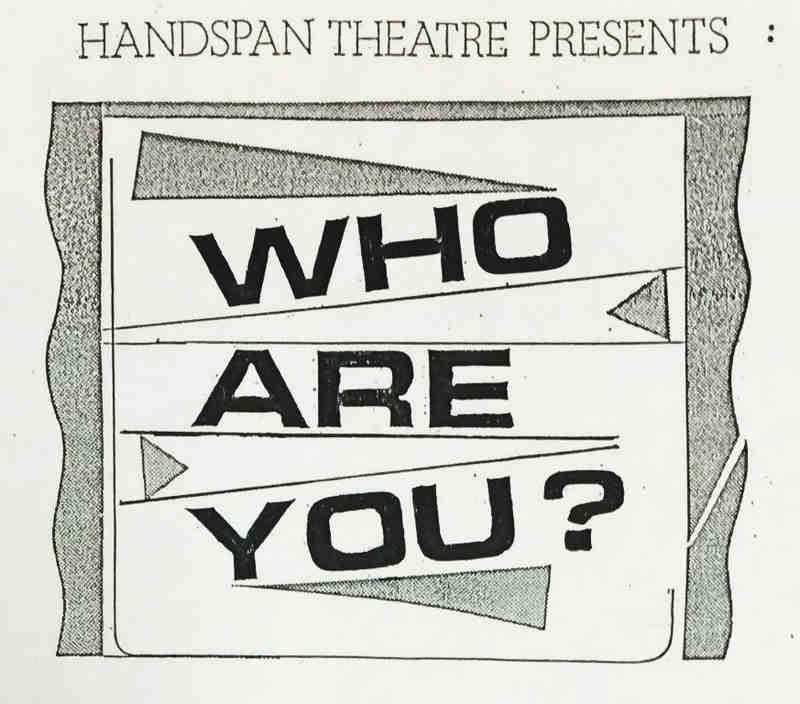 WHO ARE YOU? was a successor to A Change of Face and followed the story of two of its characters, Angela and Angelo.

The play was devised by its performers, Mary Coustas and Roberto Micale who were interested to create a new play that would continue the theme of multicultural youth relationships. Their A Change of Face personas, Angela, the eldest daughter of a Greek family and Angelo, the eldest son of an Italian family were the inspiration for the work.

WHO ARE YOU? traced a year in the lives of Angelo and Angela as they found their dreams and ambitions frustrated by their cultural backgrounds.

The play was predominantly a text-based work for actors in which the teenagers found a balance between their families' expectations, and the popular culture and peer pressures which surrounded them.

The production toured to upper secondary school audiences around Melbourne metropolitan schools in 1986 but did not remain in Handspan's repertoire once its performers became committed in other multicultural focused projects that were emerging in Melbourne.