The Tin Soldier and the Paper Bag Princess

If you ever wondered why people talk of theatre’ transporting’ them, you would be well advised to book your ticket to attend this very special production which blends assured and imaginative technique with a focused yet liberating poeticism.
Richard Waller: Courier Mail, Brisbane, 1994 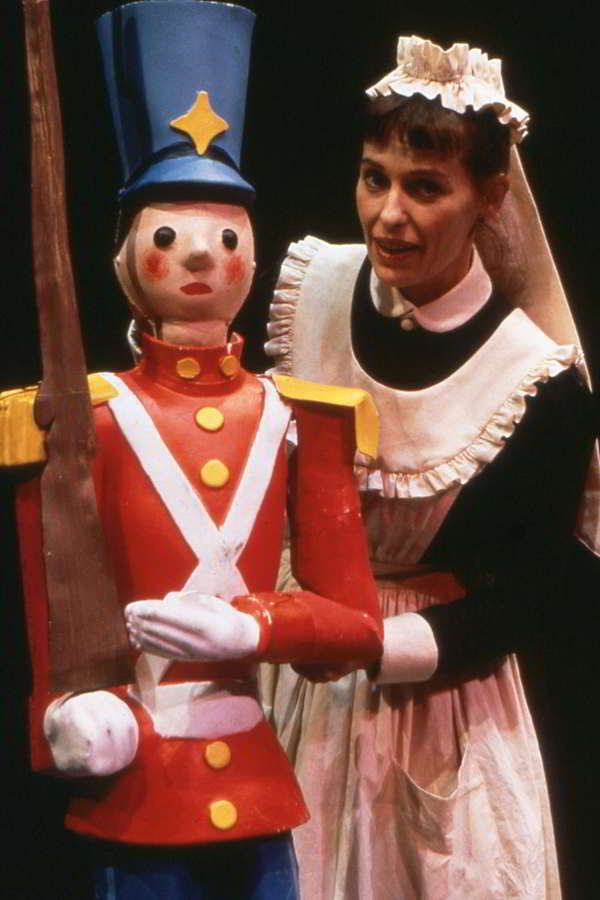 THE TIN SOLDIER AND THE PAPERBAG PRINCESS was commissioned for Brisbane’s Out of the Box Festival (1994) by its then Artistic Director, John Kotzas and created by Handspan in association with the Queensland Performing Arts Centre (QPAC).

The production was created for young audiences, from three to eight year olds. It was staged as two thirty-minute visual plays based on fairy tales, told by an actor/narrator: a Hans Christian Anderson classic, The Steadfast Tin Soldier, and, in contrast, The Paper Bag Princess1 by Australian writer, Robert Munsch (1980).

The 19th century nursery story of the Tin Soldier is a poignant tale of mischance through which the soldier, by design, is ‘steadfast’ through adventure and travail. He is united with his beloved music-box dancer only in their mutual demise. Being toys, neither is in control of their destiny. 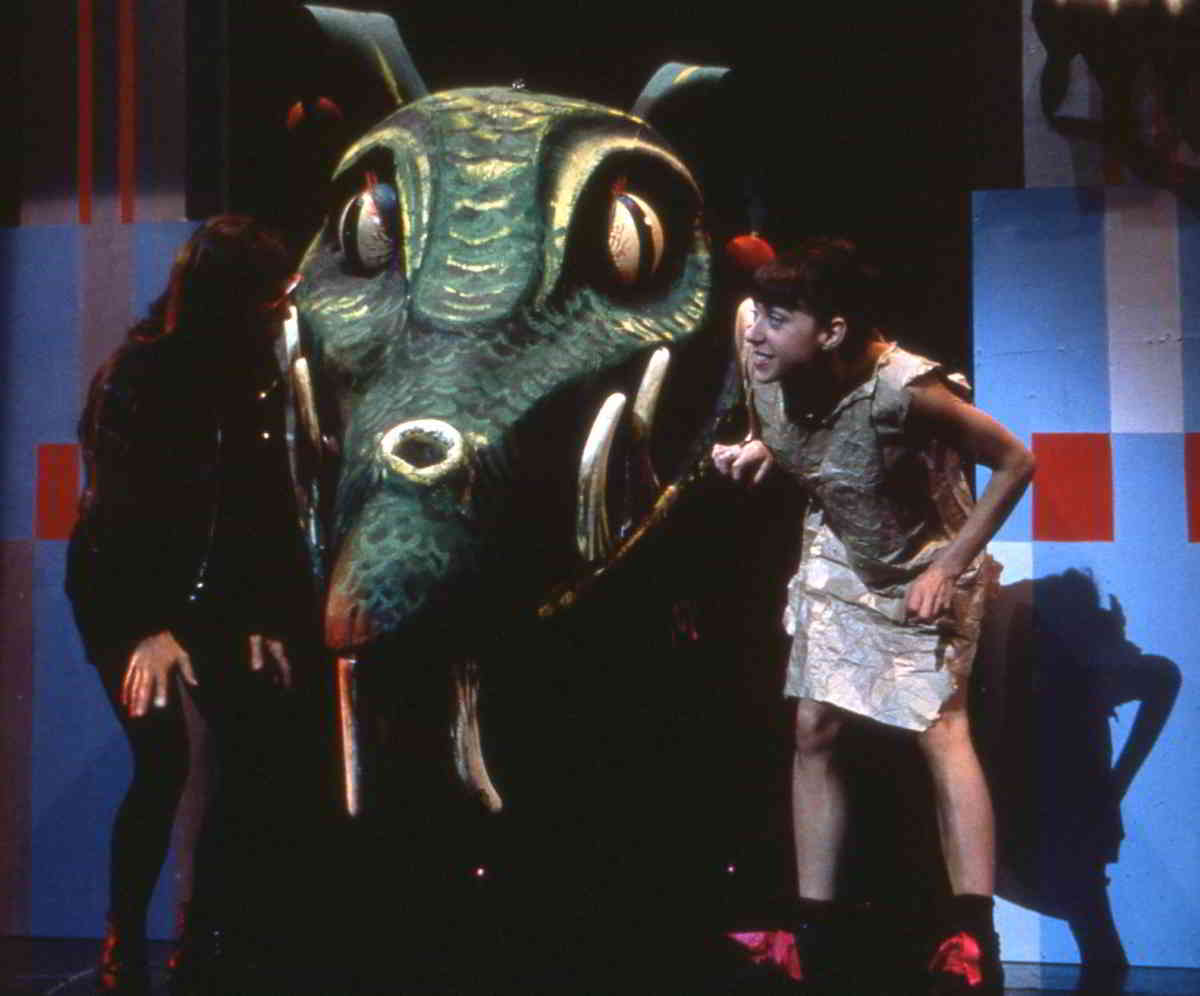 The Paper Bag Princess, a feisty victim of a dragon’s fire, is different. She actively pursues her kidnapped Prince and secures his rescue with her quick thinking, only to be rejected for her resourcefulness. Their ‘fairytale’ royal relationship is shown to be based in unreality and ends with the demise of their mutual respect.

As companion pieces, The Tin Soldier and the Paper Bag Princess are an inspired choice. Separately, each is bound to delight its audience. But together – contrasts, contradictions and juxtaposed vitality – they provide a theatrical experience of rare pleasure.

The production, based on John Kotzas' concept, was directed by long-term Handspan artist, John Rogers. It was originally planned to be designed by Ken Evans but on his appointment to Handspan as Artistic Director, Richard Jeziorny was engaged as Set designer instead to work with Rod Primrose’s Puppet designs.

The work involved actors, dancers, large-scale puppets, shadow puppetry and deft lighting. In a pre-season interview John Rogers explained that a keen desire to see an interplay between our disciplines has fostered the ensemble feel of the piece2 .

The music was different for each story: Mark Isham's score for The Tin Soldier a contrast to Boris Conley's music for The Paper Bag Princess with visual techniques and characterisation an amalgam of the skills and styles of its cast.

Helen Morse narrated each story as entirely different characters. As a 19th Century nursery maid, supervising the children and their toys in Hans Anderson’s story, she spoke in formal terms and her demeanour was kindly but correct. To narrate Munsch’s adventure, her persona was street-wise and slangy, a modern figure clad in black leather chic and dark glasses.

There are marked differences in tone and mood. The Tin Soldier has a pensive seriousness. The Paper Bag Princess is upbeat-adventure, excitement and lively fun. And the language is richly contrasted – the first, the measured, and somewhat elevated prose of the nineteenth century; the second, relaxed and contemporary vigour … but onstage, the most emphatic contrast between the two stories is, as it must be, production styles.

Design for the Tin Soldier juxtaposed scale with rows of giant tin soldier cuts outs, and a smaller articulated steadfast one over whom loomed a giant rat as his paper boat rushed down the drain. The boat itself sailed as a small shadow past tall terraces as well as carrying the puppet across the stage in a black theatre world. The dragon who succumbed to the wiles of the Paper Bag Princess was huge to the actors/dancers who worked with it.

The Melbourne-hailing Handspan Theatre, obviously adept at fusing many theatrical forms (such as puppetry, dance and mime) into an exciting and reconstituted whole, creates magical effects. All the seemingly disparate elements of dance puppetry and narration are orchestrated and arranged to spellbinding effect. 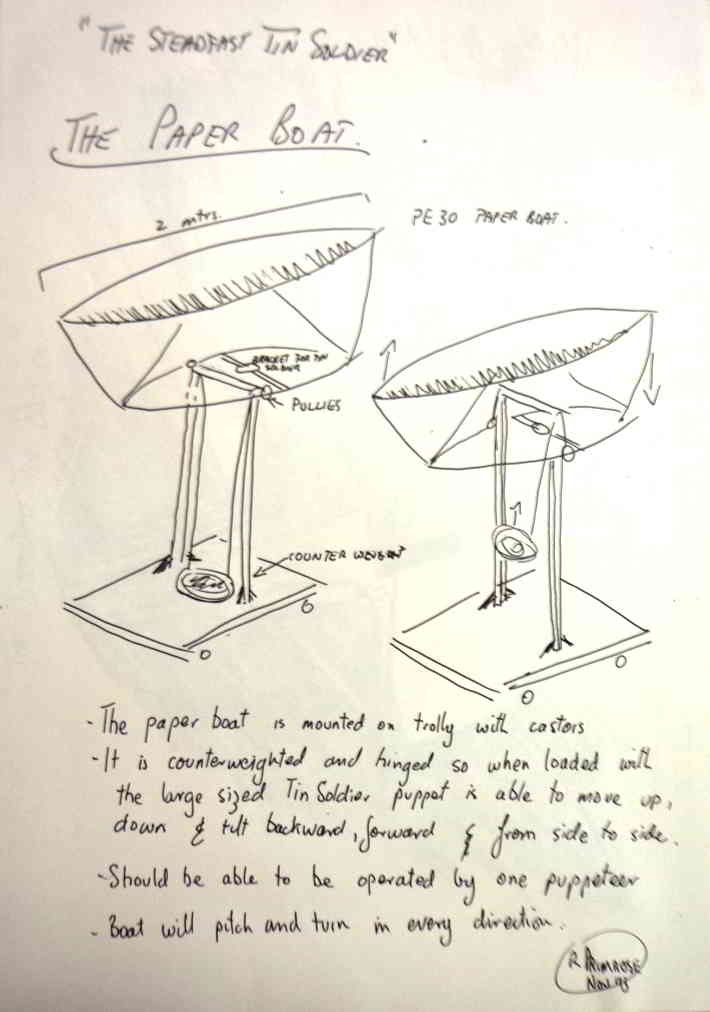 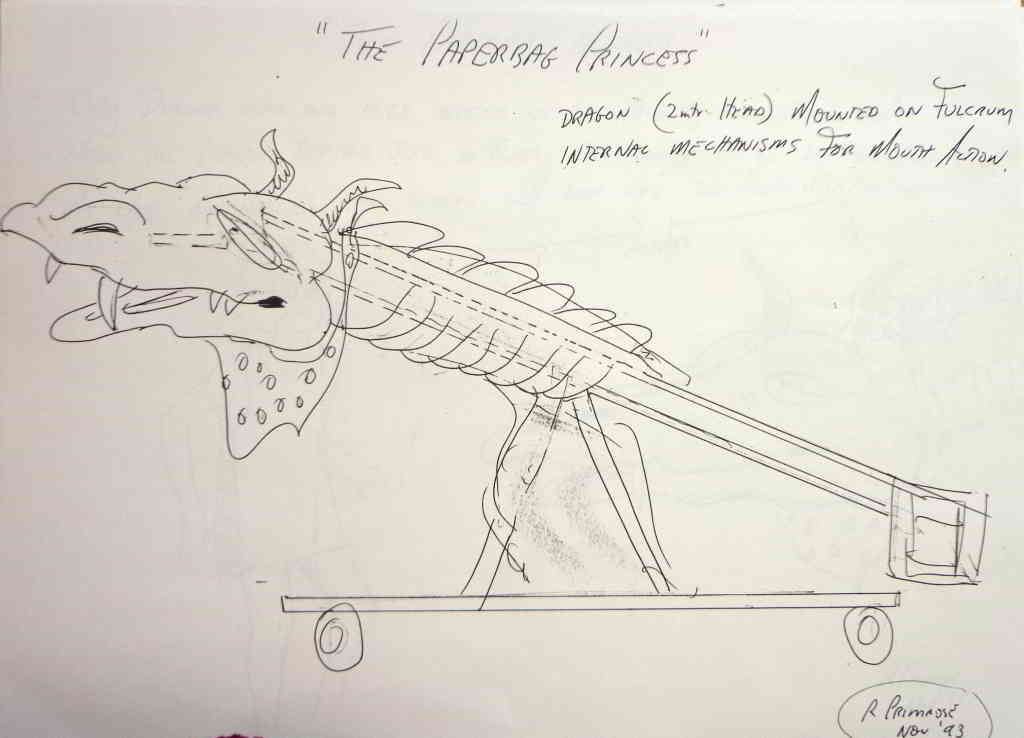 
Reviews for THE TIN SOLDIER AND THE PAPER BAG PRINCESS hailed it as a major success:

This Out of the Box Festival production is nothing short of a triumph. A magnificent and at-times breathtaking piece of visual theatre, it is being touted as one of the premier productions of the festival – and this is no exaggeration.


THE TIN SOLDIER and THE PAPER BAG PRINCESS was produced by Handspan with the Queensland Performing Arts Trust specifically for the Out of the Box Festival and despite its success, it played only the Festival season. Its future touring potential was undoubtedly limited by the distance between its collaborating producers and their independent programming priorities. It was also an expensive work for the viable box office capacity of its young audiences and its cross disciplinary casting meant that the work could not remain in company repertoire but would require re-mounting for any future engagements.

Handspan in 1994 was less interested in theatre for young audiences than in its early years, and the work was in fact, the last theatre production that Handspan created in this genre. 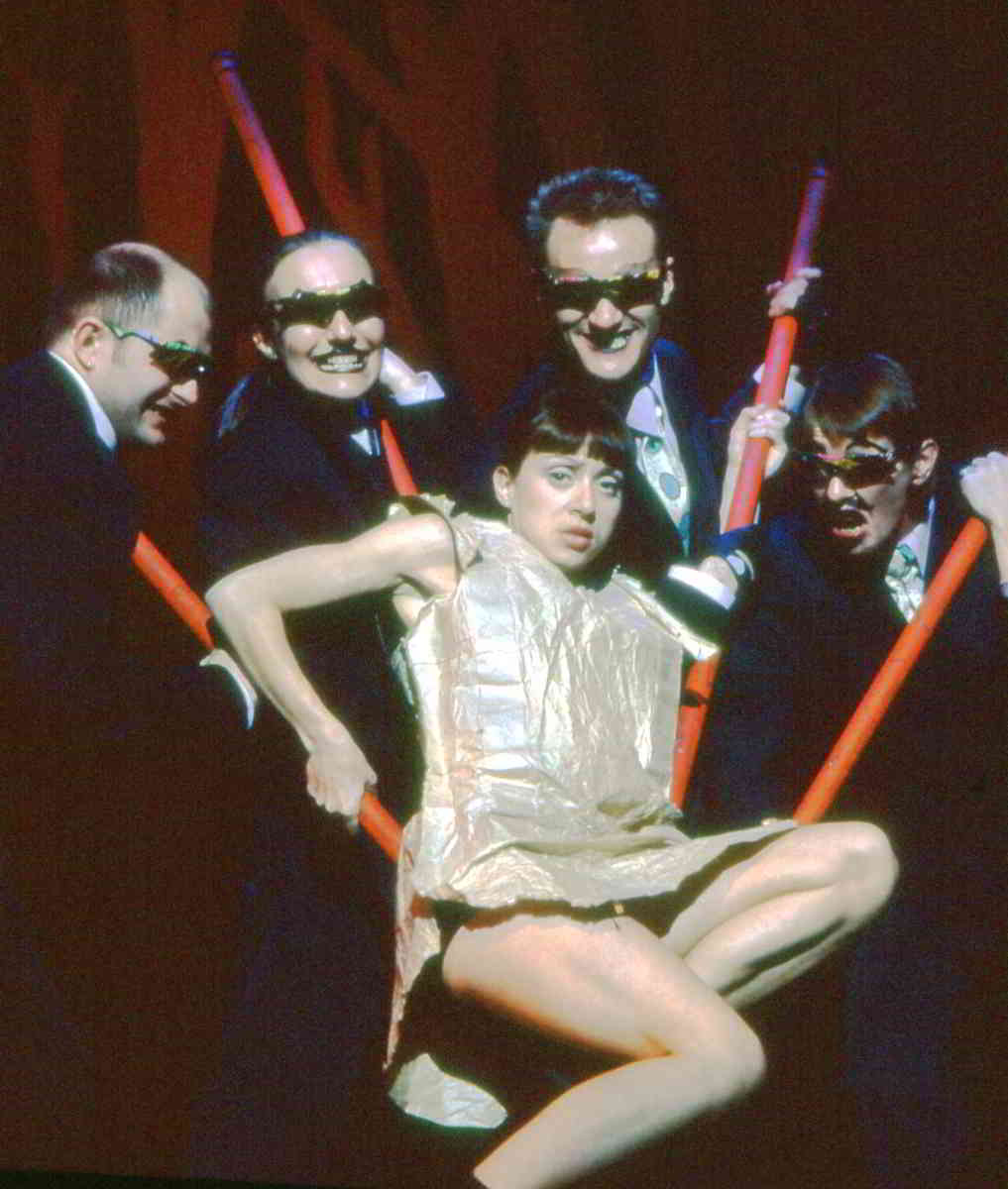