In its first years Handspan Theatre's co-productions were informal. In 1978 and 1979 Handspan members partnered with Greg Temple on the Murray River to create Rivercrafts where they acquired new skills in puppet construction and processional imagery while developing puppetry performances with project participants. In 1979 Handspan collaborated with Gaudio Visuals to produce street theatre with clown characters in fractured fairy tales twisted into topical and hilarious political commentary. In the summer of 1981/82, the company co-produced a Seaside Double Header tour with Kooka Puppet Company performing back-to-back school holiday shows in Victoria’s coastal resorts on the Mornington Peninsula. 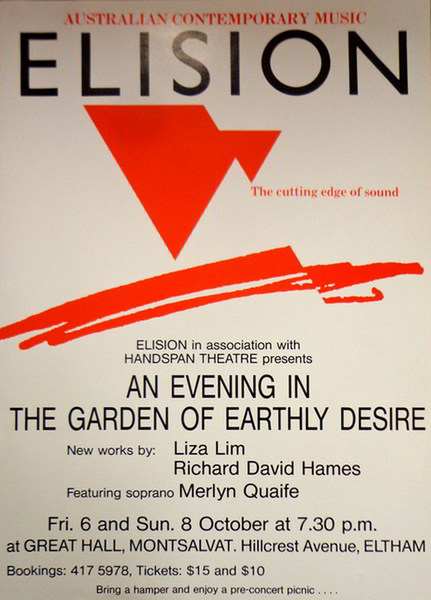 Handspan Theatre & Elision - An Evening in the Garden of Earthly Desire poster, 1989