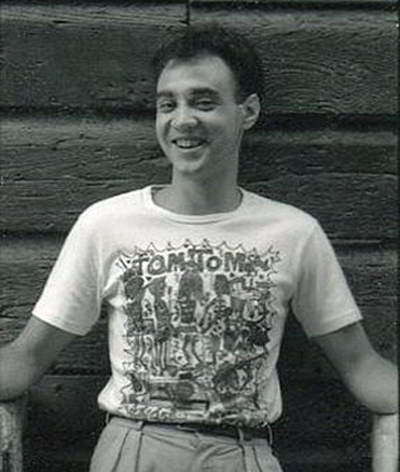 Winston was an experienced and highly talented puppeteer when he joined Handspan's touring ensemble for Nigel Triffitt's Secrets in 1983. He remained a member of Handspan for 18 years appearing in many of its productions touring worldwide during that time.

Winston arrived at Handspan wearing a baseball cap emblazoned "BOY". His own 'boyish' charm confirmed the appellation and as such he was fondly known within the company even as he grew up in his years of involvement.

Winston trained in the Tasmanian Puppet Theatre in the 1970s where he worked in the original ensemble of Momma's Little Horror Show (1978) and toured in the production to Europe with the Australian Puppet Theatre. Following Secrets development and between its subsequent tours, he also appeared in the original cast for Triffitt's later animated design-based works: The Gift of Vagrancy (1983), The Fall of Singapore (1987) and Moby Dick (1990). With a wide and eclectic knowledge of contemporary music and skills as a sound engineer, Winston also worked with Triffitt in the creation of the soundscapes for these works, as not only technical assistant, but also as 'soundbank' source for the selection of material.

A highly skilled, leading puppeteer at Handspan, Winston was primarily interested in animating performance images - happy as many others weren't to work in the anonymity of black hoods if that was the gig. Nevertheless, he also created spoken roles for puppet characters including Sam in Streetwise, and worked with commitment and skill particularly in Handspan's theatrical productions..

Winston retired from performance in 2002 but remains an avid and informed audience for live image theatre on the contemporary international stage.