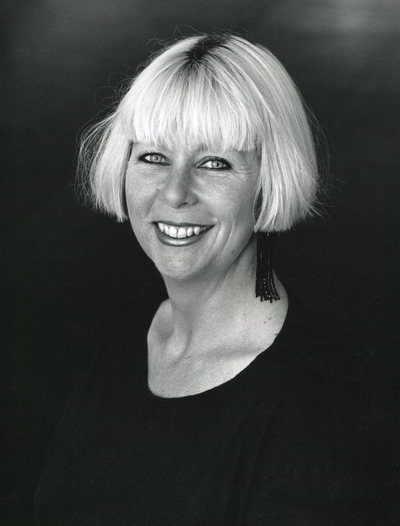 Annie came to Handspan Theatre in 1983 with her partner, Paul Judd. They had been living in northern New South Wales where Annie had worked with community theatre company, Theatre North. Seeking a new life in Melbourne, both joined Handspan as members in 1985.

Annie was a member of Handspan for almost two decades involved in company productions in theatres, community, schools and streets with film and television in between for most of those years.

She toured internationally with the company as the over-worked and much-loved teacher and sometime Nanny for the eight travelling children playing in Four Little Girls (1988 - 1997), performed in or directed many of Handspan's repertoire shows at that time and created her solo visual work for singer/actor Listening for the Heartbeat for Women Alone.

She directed and co-wrote Daze of Our Lives in 1995 which toured Australia and followed Four Little Girls to the Ibero-American Festival in Bogata, Columbia in 1996, and was director for Handspan's co-productions with the Victorian Koori Health Unit: The Kangaroo Tale (1995) and Slow Down Cuz (1997).

Since Handspan closed, Annie has returned to her secondary school teacher training to run music and drama programs full-time in Melbourne.