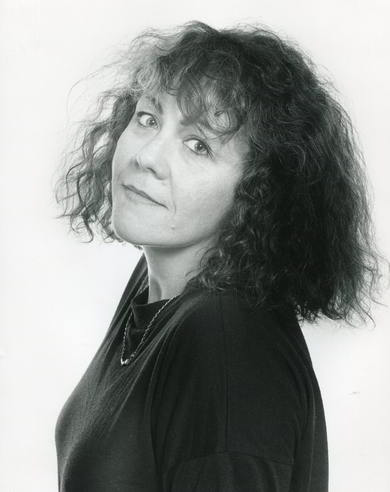 Michele, (now known as Michele Fifer) came to Handspan in 1982.

She discovered puppetry at Pilgrim Puppet Theatre in the Melbourne suburb of Hawthorn where she worked with Robert and Nancy Akin. In 1978 she established her own troupe, Kooka Puppet Company, to produce contemporary puppet theatre.

In the summer of 1982 Kooka joined forces with Handspan Theatre to co-present Seaside Double Header - a school holiday season on Victoria's Mornington Peninsula. The partnership was built on Handspan and Kooka's mutual commitment to the creation of issue-based, relevant and accessible theatre for and with students and community, as much as their puppetry connection.

In the following years, when Kooka decided to disband as an independent organisation, Michele and Jenny Fogarty, its mainstays began working with Handspan, their approach to puppetry comfortably merging with Handspan's ideals.

Michele remained a core Handspan member from 1984 until the company's closure. She established the company's Vignettes performance style as a platform for the studied development of image theatre and manipulation techniques. Michele spearheaded much of Handspan's work with community groups seeking to capture their issues and concerns through performance - detailed in the Co-Productions section. She not only devised and facilitated many of these productions but also appeared in them as a performer.

She was a leading Puppet Maker with Handspan drawing on her specialist skills and training in soft sculpture. She created Handspan's iconic Baby puppet, designed by Ken Evans for Cho Cho San which appeared and re-appeared in company work for the next ten years. Not only a poignant image but a puppet that remained structurally sound throughout all its adventures. Still workable it now resides in comfortable retirement in the Arts Centre, Melbourne Performing Arts Collection.

Michele was a respected 'voice of conscience' within Handspan, leading many of the company's In Protest appearances during the company's lifetime and since.

Michele like all Spanners worked with the creative team for projects outside the company, with arts organisations including the Flying Fruit Fly Circus in Albury-Wodonga, NSW and Mainstreet Theatre, Mt Gambier, SA Since her days with Handspan, her involvement in similar artist-in-community work has continued, including Mouth to Mountain with Meme McDonald for the City of Greater Geelong (2009 - 2016) 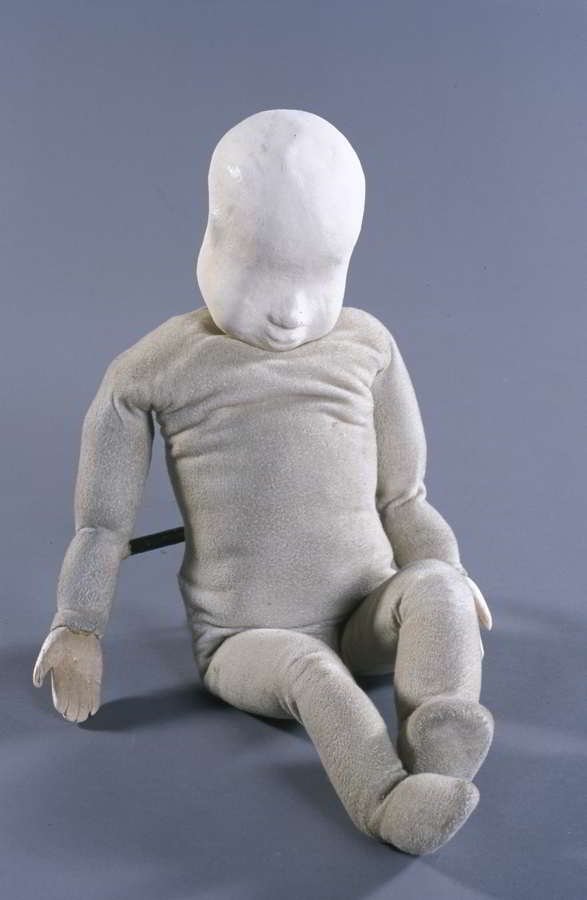