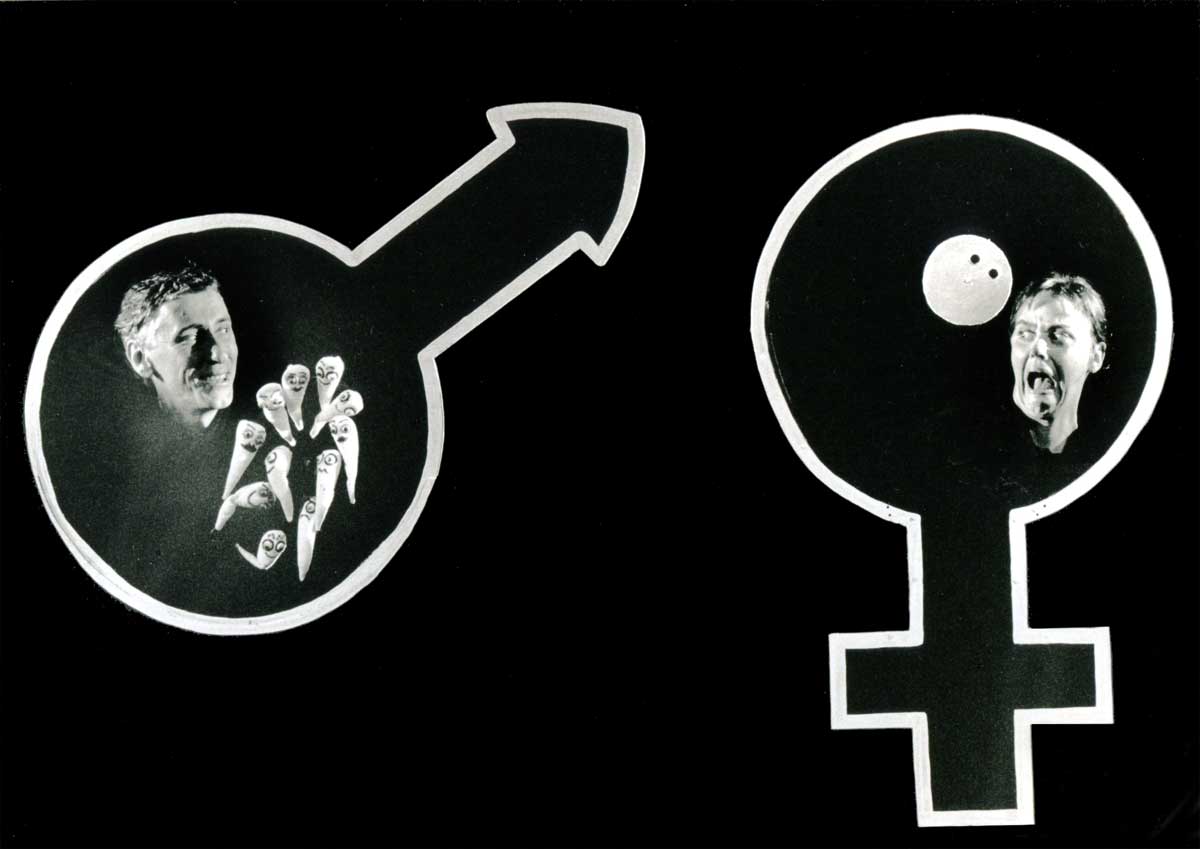 
WE REPEAT OURSELVES was conceived by Michele Spooner and developed through research in schools and human relations organisations; and in creative development workshops with playwright, Gilly Farrelly (now Gilly McInnes) and Handspan ensemble artists in 1988.

Imagine a group of actors trying to show a teenage audience unwanted erections, a vulva and two elephants, one circumcised and one uncircumcised, which magically transform into penises, without getting into a touch of hot water! Ah, but with puppets, all this and more is not only possible, but actually happening here in schools. When it comes to sex-ed, puppets rule!


Described as a frank look at the ins and outs of sex1 , the play introduced secondary school audiences to personal development issues around sexual behaviour, particularly conception, contraception and sexually transmitted disease (STDs).The theme explored the nature of adolescent relationships, decision-making and responsibility within them. It toured with programs of Teachers' Notes prepared by Handspan with Family Planning Victoria, and performances were often followed by Q & A and workshop discussions with students.

The use of visual images and puppets enabled the performers to explore these sensitive and often confronting issues in an engaging and witty theatrical drama that imparted useful information. WE REPEAT OURSELVES involved comic and outrageous characters in a simple, raunchy and very funny plot that illustrated its message.

The show opens with a black theatre segment to soundtrack and voiceovers where giggle making and often taboo subjects are introduced through a series of oversized puppets presented in fairly quick succession, enabling the audience to get its embarrassed sniggers, giggles, roars, hoots, gasps, etc. out of the way in the privacy of a darkened auditorium. 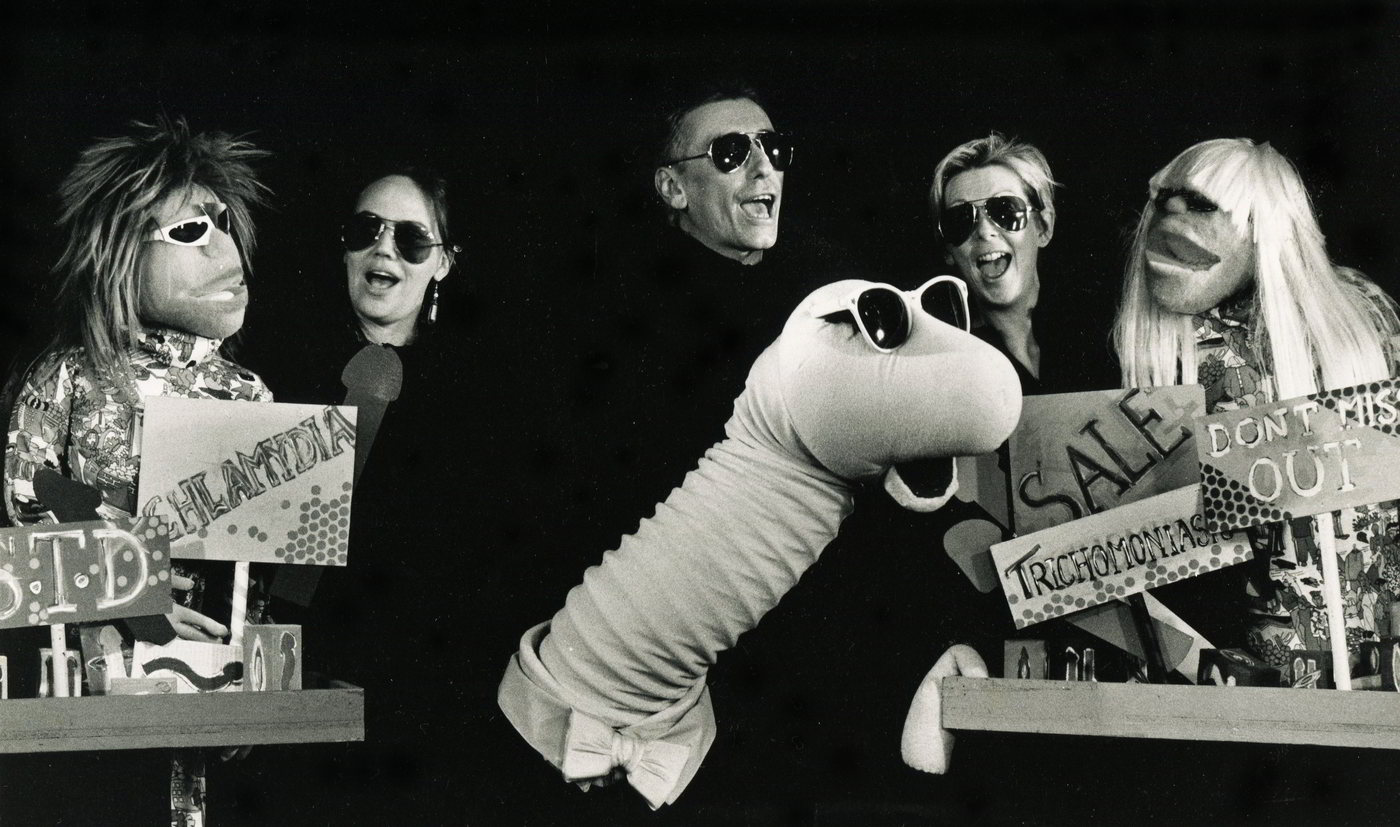 Cleverdick would have us believe that his S.T.D Supermarket sells a product that we must have, to be in.

The text explains the nature and range of sexually transmitted diseases and demystifies and unembarrasses the audience.


Contraception was treated with equal humour using large perspex male and female symbols: dancing sperm from the male arrow score a hit in the centre of the female symbol, marked by a ringing gong; and an appropriately-sized condom is 'applied correctly' to avoid the unwanted pregancies that result.

The 150 puppetry objects manipulated during the performance are animated and given depth of character with skill and finesse.

We are delighted by the unanimously positive response to the show from both teenagers and adults and this success is naturally due in part, to the topical nature of the subject matter, but is also because of its good theatre, with a great deal of humour, variety and a wonderful soundtrack.

Teachers were effusive, describing the work as a 'courageous production which all adolescents need to see'3 ;'a great theatrical experience as well as a fantastic, relevant educational experience'4 and claiming that 'students were spellbound'5 , and 'engrossed by it all'6 .


Touring schools in South Australia for the 1990 Adelaide Fringe Festival Education Program, preseason publicity for the production in The Advertiser, Adelaide, caused another 'Letter to the Editor' from Tess O'Callaghan a teacher from suburban Paradise: 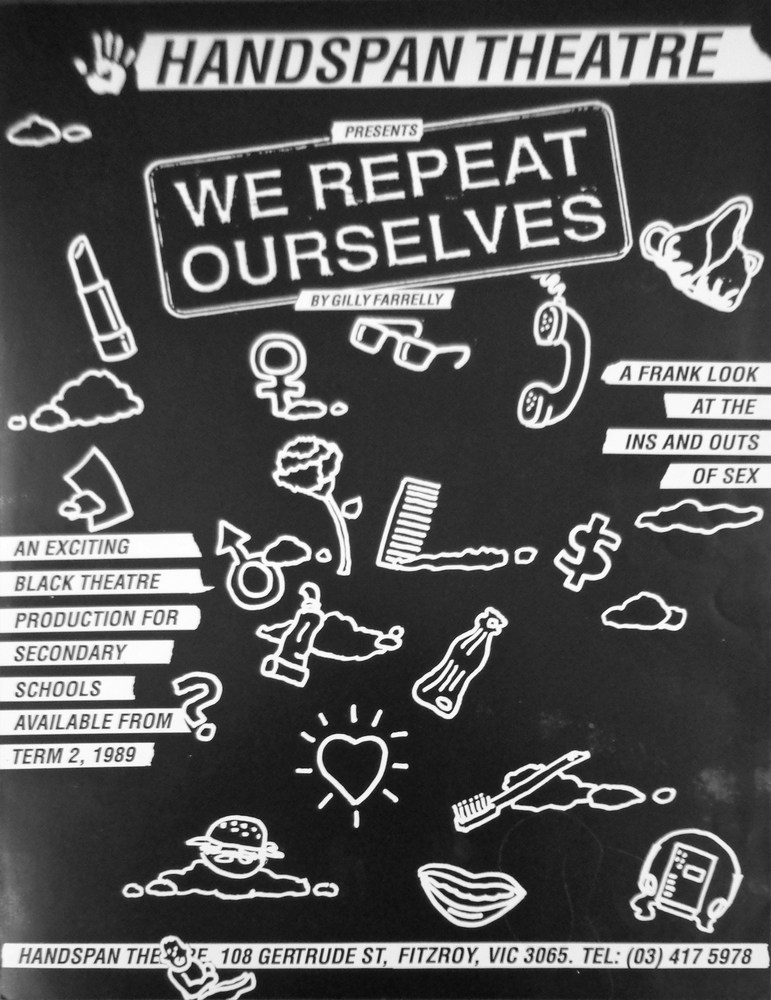