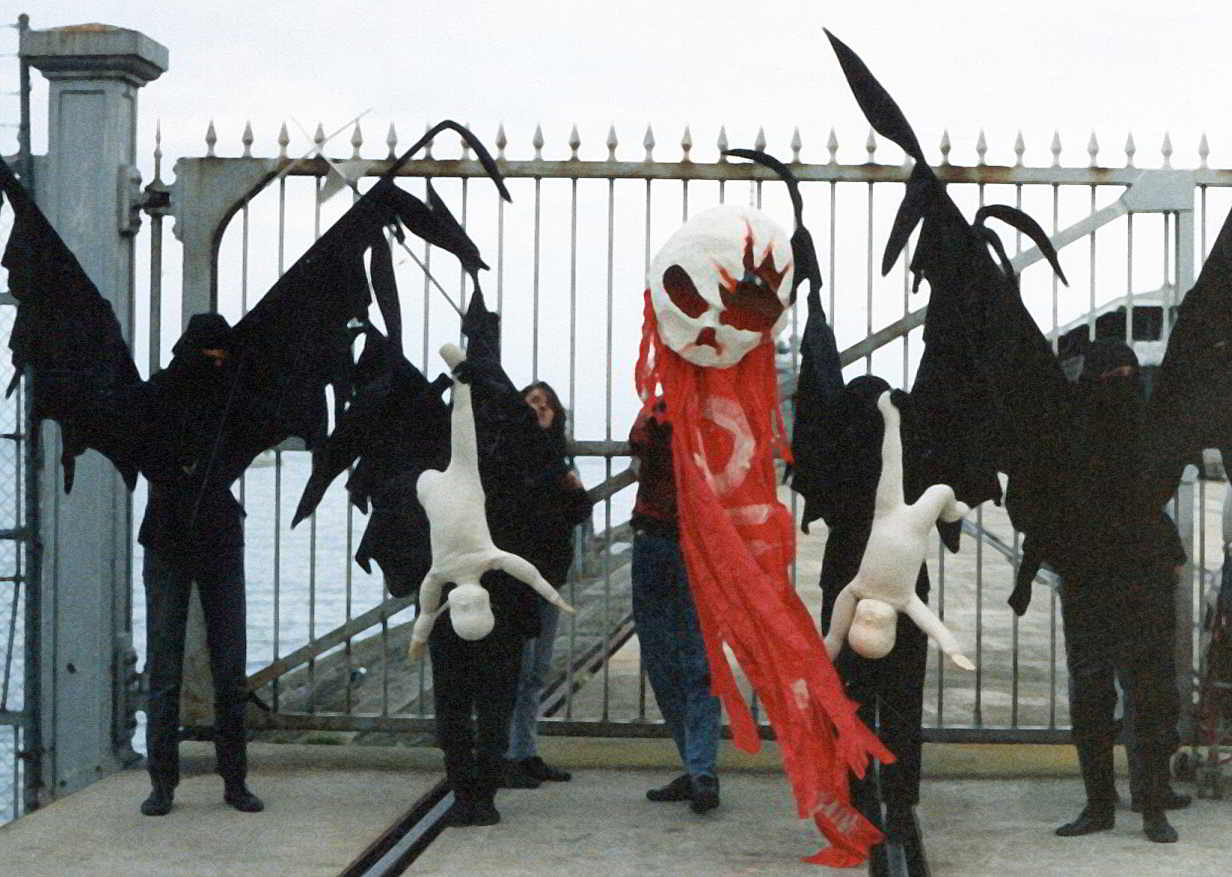 Handspan Theatre members were, for the most part, political lefties, its founders ideologically nurtured in the ferment of Australia’s Whitlam years and involvement with the Vietnam war. They first paraded on the streets in Moratoriums with banners and chanting, and through Handspan many collectivised to protest in demonstrations and rallies with images that punctuated events with brief and animated symbolism.

Puppets and images from the Handspan collection appeared in the street in new guises in briefly rehearsed choreographed performances that sometimes stood still, sometimes moved with the crowd.

Protest participation happened often over Handspan's lifetime. Some events that have been recorded in snapshots to be included here are: 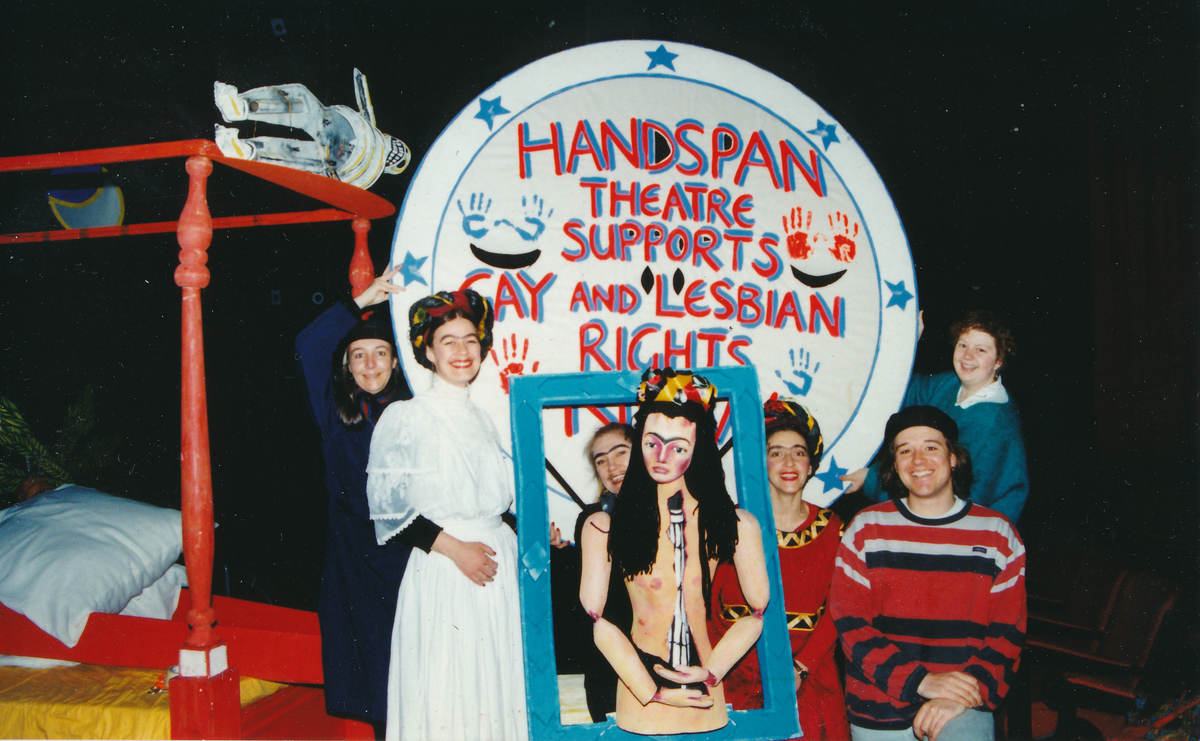