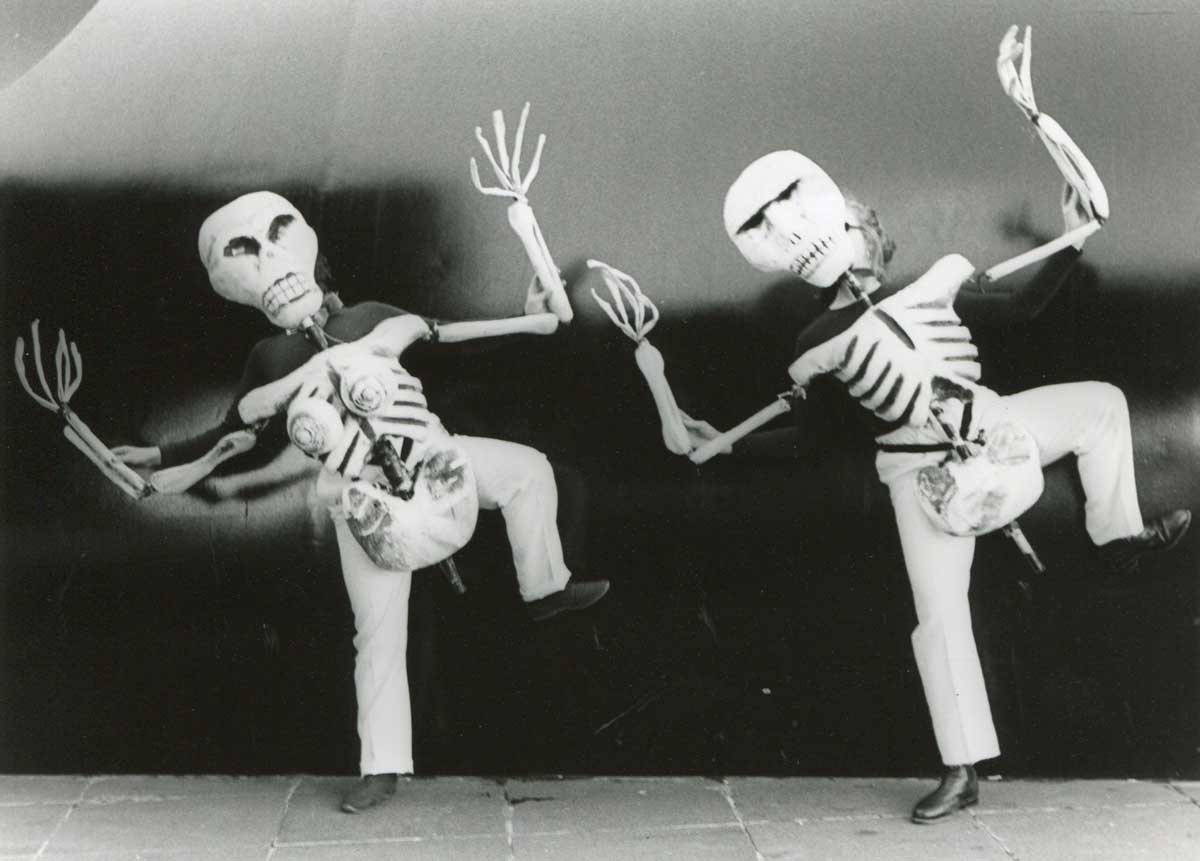 
BARE BONES was devised for outdoor performance in Melbourne's Arts Centre precinct for the Opening of the Melbourne International Arts Festival in 1996.

Designed and devised by Ken Evans and Rod Primrose for spot appearances in the Arts Centre precinct throughout the Festival's opening celebrations, the piece included 5 large skeletons worn as body puppets who manipulated 2 smaller skeletons in spot performances.

Skeleton imagery had appeared previously in several Handspan works including the company's anti-nuclear protests in 1987, The Crossing (1991) and Viva La Vida - Frida Kahlo (1993) - often with a macabre warning in their presence. In BARE BONES the skeletons were playful and humorous, with their antics based the Mexican Day of the Dead celebrations.

The skeleton puppets roamed the Arts Centre forecourt and surrounding area interacting with the crowd and with the environment in improvised performances. Worn by their puppeteers, the puppets had a full range of human movement and allowed their manipulators to operate from inside or outside the skeletons giving their performances flexibility and offering unexpected surprises.


No further information has been found in the Handspan Theatre archives about performance details or project participants. 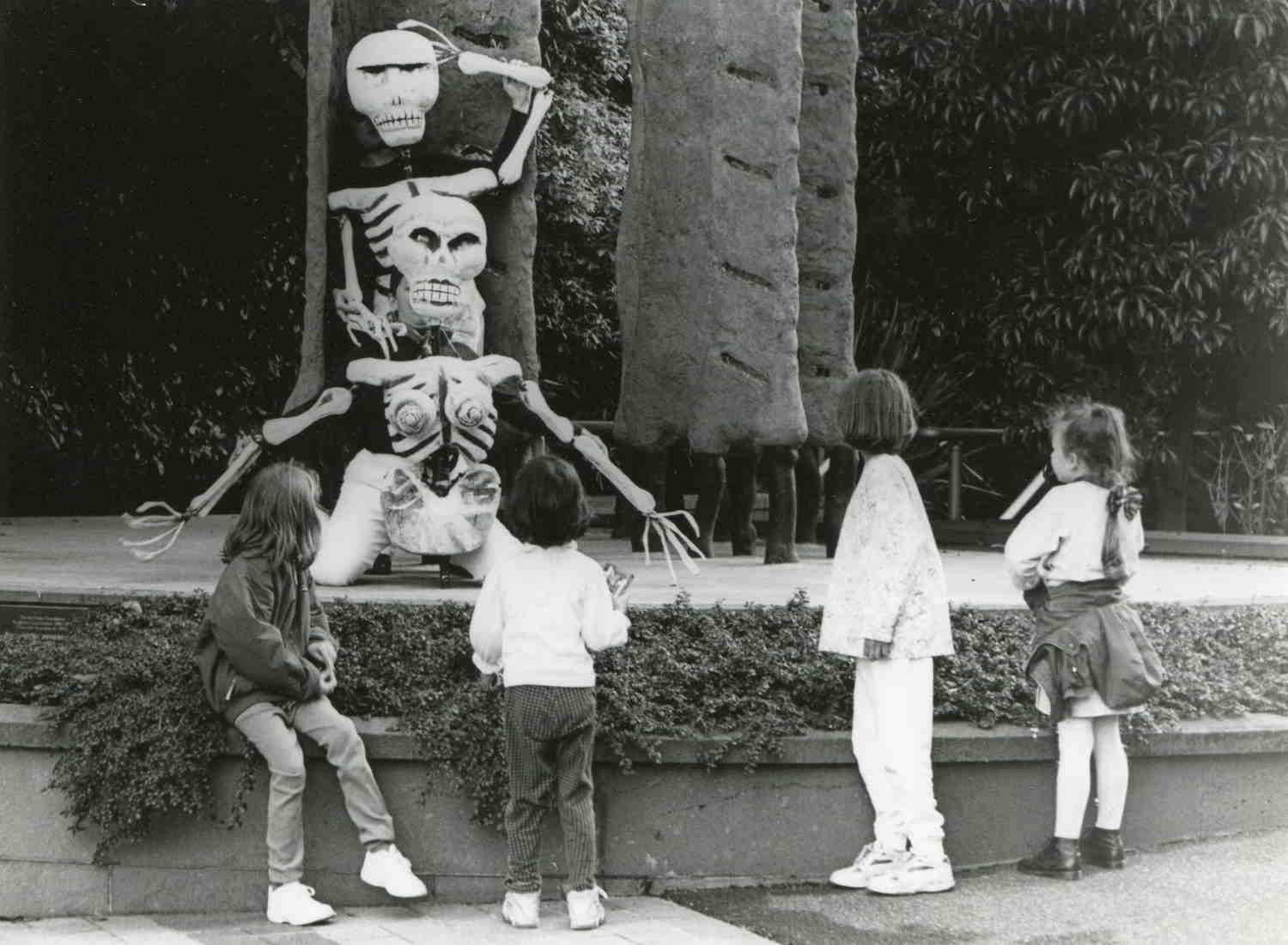