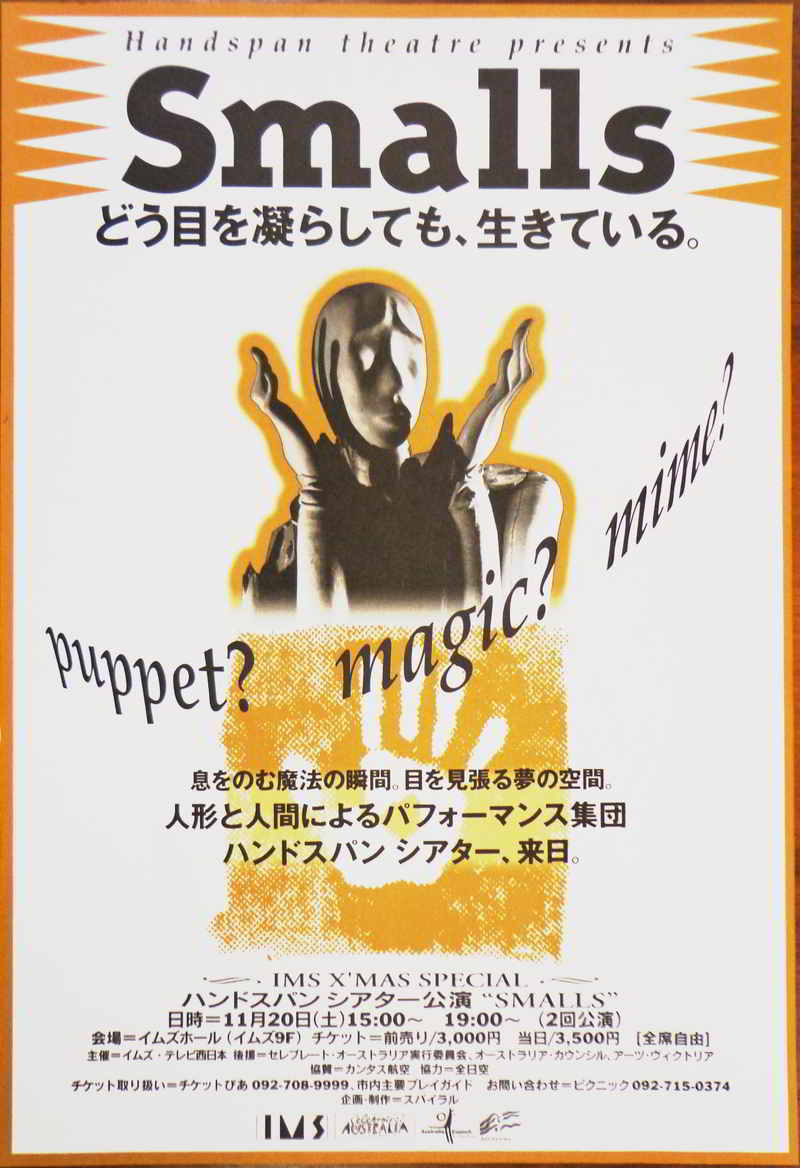 Vignette productions featured the work of individual Handspan members and were the fruit of the company's visual theatre 'laboratory' where the form and nature of puppetry-based drama was explored; its techniques honed; and its production process refined.