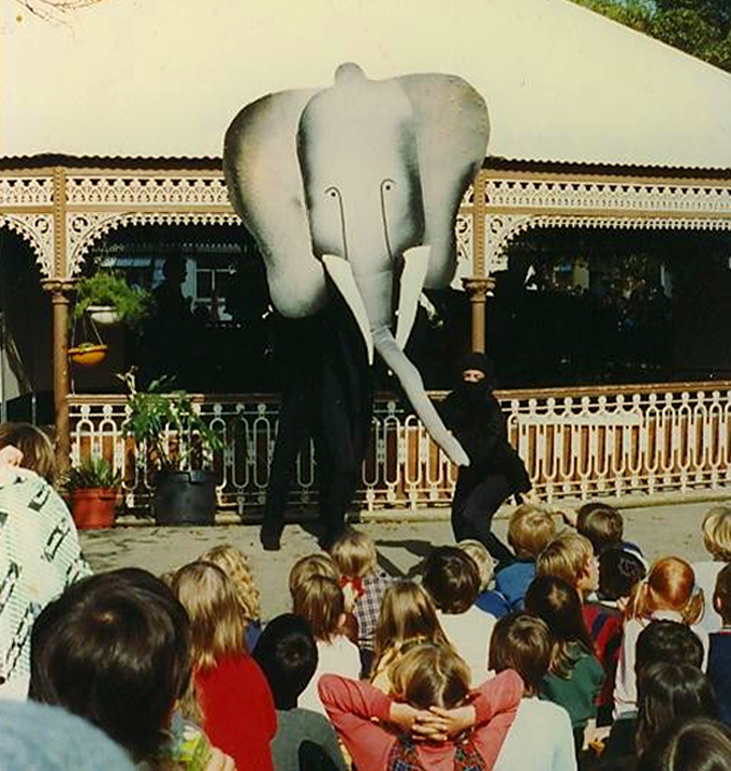 In Adelaide, for outdoor performance in broad daylight, the Australian animal preamble was dropped and the images which accompanied the orchestral sections of The Carnival ... were adapted for movement sequences viewed in the round, outside the rotunda within which the orchestra played. 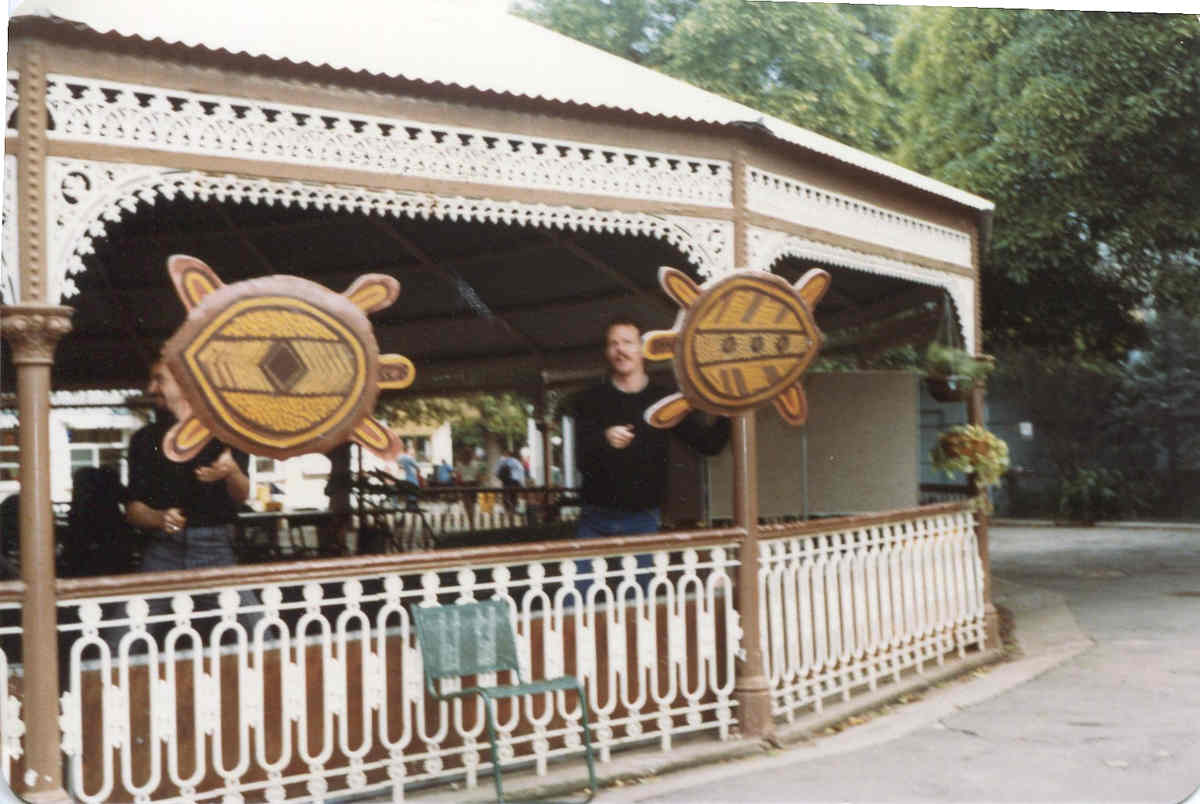 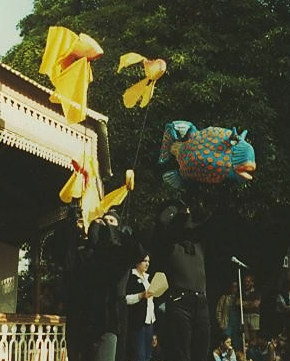 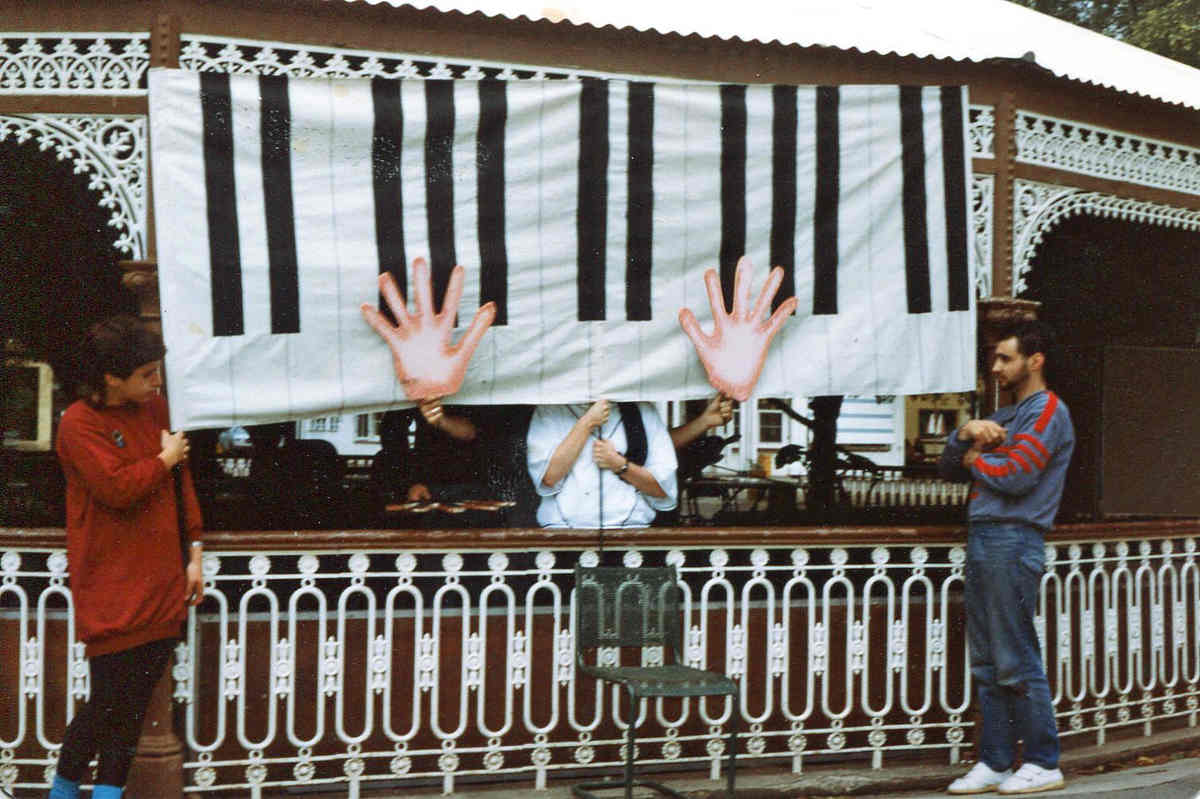 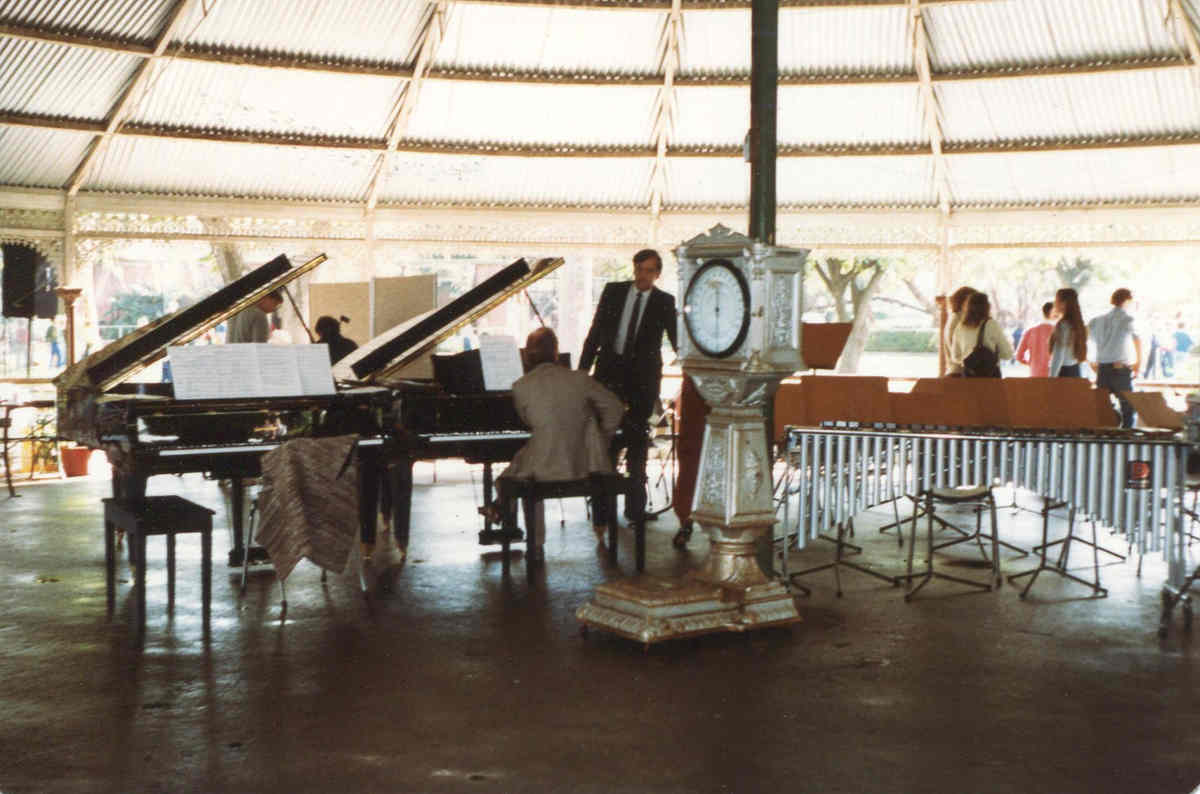 
In 1984 Susie Leigh again commissioned Handspan for a similar production at the Concert Hall, The Sorcerer's Apprentice, designed and directed by Trina Parker for which no records have been found in the archives.