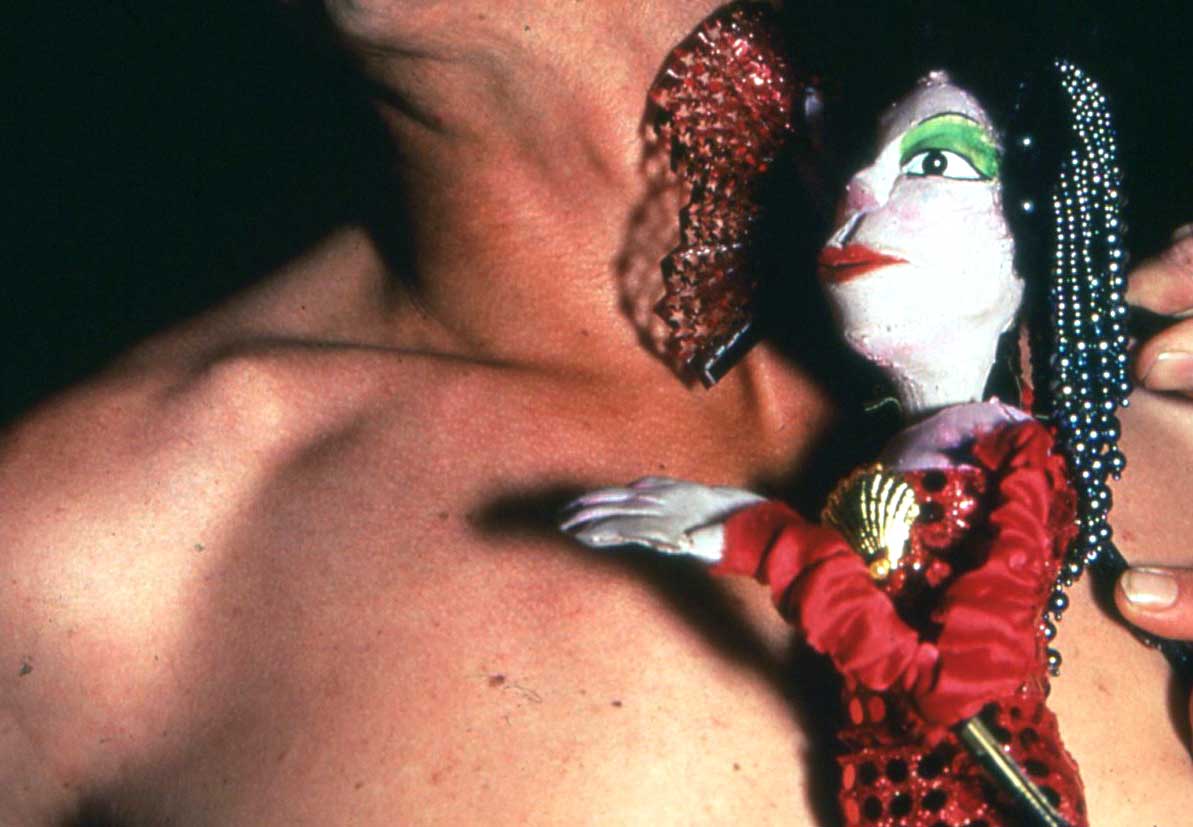 Below the Belt John Rogers with Gilda
Photograph (detail) © James Penledis, 1997
Versitility is the name of the puppet.
Kate Herbert: The Herald, Melbourne, 1997

The works in BELOW THE BELT were unrelated but loosely linked in expressing the darker side of sexuality and seduction billed as 'three new twisted tales that sit somewhere below the belt'1 . The work included:

Devised by Rod Primrose Gilda was a miniature piece set in a mini-Victorian theatre which transformed as the action progressed, following a drag queen’s travails in her escape from 'the hell of conformity'.

This is as strange as it sounds.
It begins quite traditionally and quickly develops into a modern day Punch and Judy drag show. A loud and pumping soundtrack including divas Kylie Minogue and Eartha Kitt works remarkably well when lipsynced by a six-inch high marionette in drag.


The piece was the next evolution of a series of creative development projects: Gilda Tonight (1994) and Gilda Under Glass (1995), the latter performed in the Myer Bourke St Melbourne windows for the 1995 Melbourne International Festival. Critics writing of BELOW THE BELT found this piece the highlight of the three.

The high point of 'Below the Belt' was Gilda written by Rod Primrose and performed with John Rogers, both of whom are highly skilled puppet-masters and makers with a long history with Handspan. Gilda is a transporting moment in the theatre.

Gilda is a miniature female in sequined gowns who sings her way from the Gates of Hell. The puppeteers are visible on stage and establish a sensual relationship with their figurine. The piece has a delicate beauty and romance as well as a mythic quality. It is finely wrought and the figure’s manipulation is masterly. 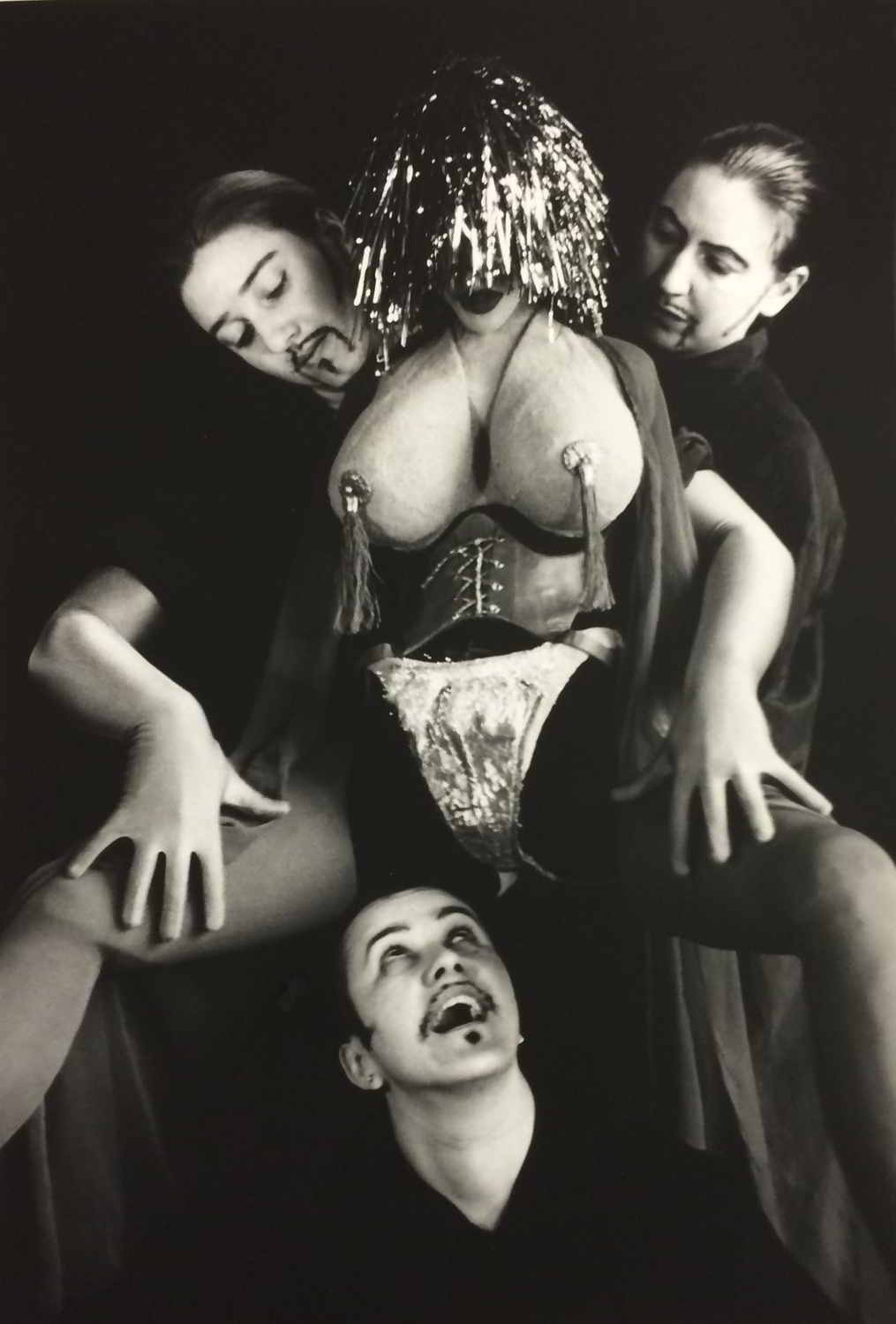 The Stripper and the Bouncers
Photographer unknown

This vignette by Liss Gabb with Katrina Gabb and Heather Monk portrayed a stripper who turns the tables on her bouncers.

The exotic dancer peels off her panties, her feather boa, her G-string: then her legs, her pelvis and finally her pert breasts one by one.
She is a life-size puppet and the bouncers are three women in drag "manipulators".


A brief, rauchy skit, Sugar on Top was a revised version of Liss Gabb's sketch that the cast had previously staged independently at the Builders Arms Hotel, Fitzroy for the 1994 Melbourne Fringe Festival.


BELOW THE BELT was the last Handspan Vignettes production - works that developed puppetry manipulation performance in flexible styles that accomodated individuals interests of its artistic membership based on experimentation with new possibilities in animated object performance.