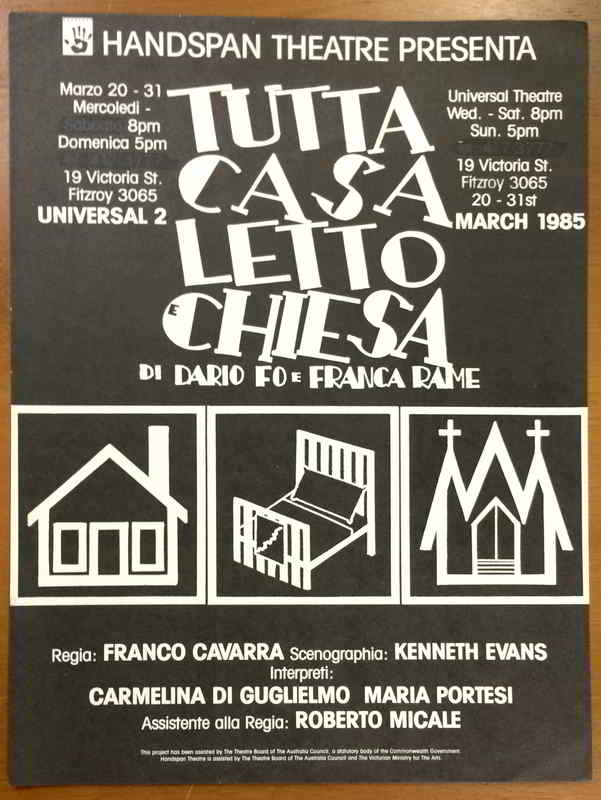 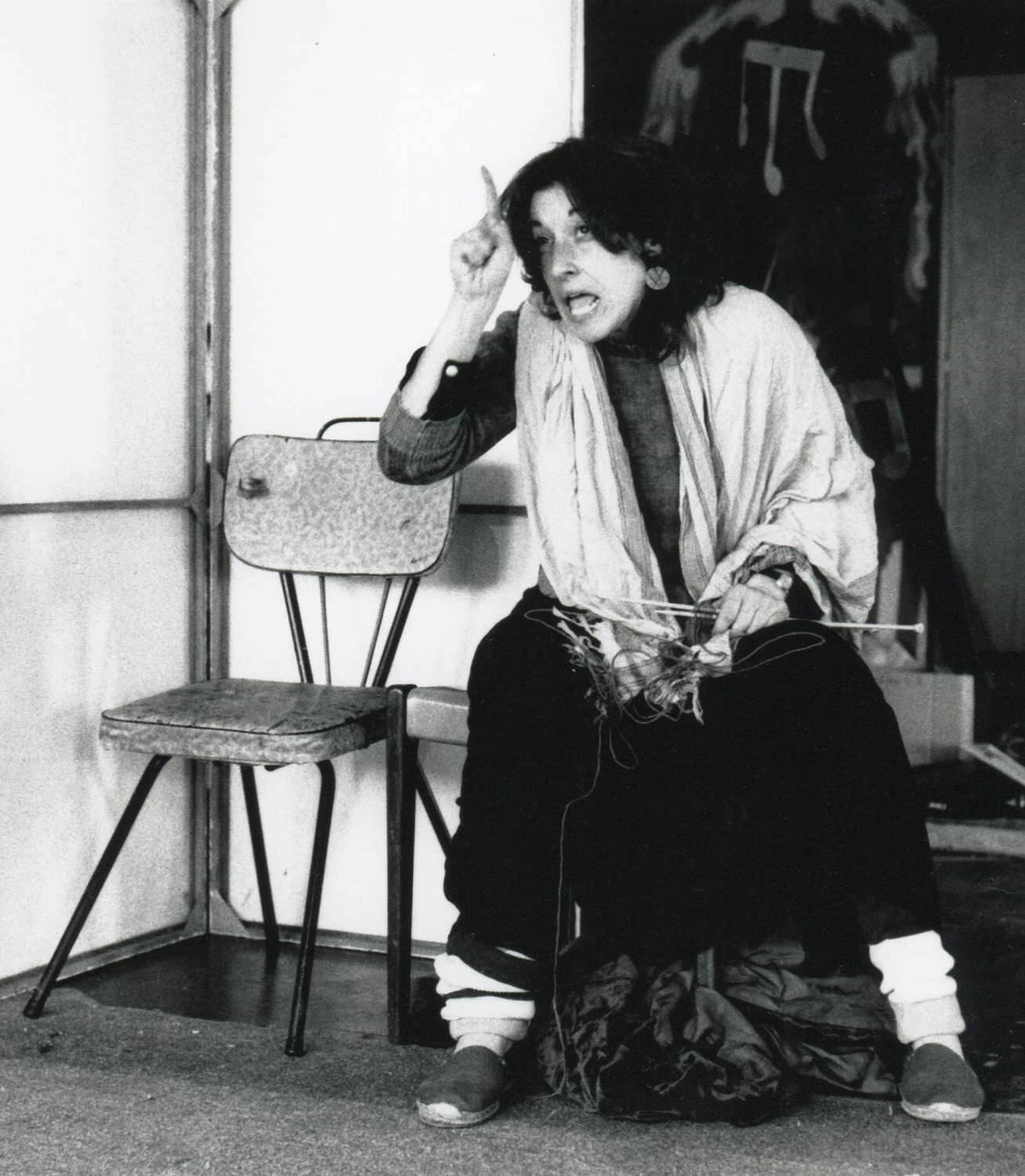 TUTTA CASA LETTO E CHIESA was was a production of four one-act plays from a published text: known in English as Female Parts, by Italian political playwrights, Dario Fo and Franca Rame.

It was an unusual work in the Handspan Theatre repertoire. It was not a new Australian play, it was heavily text based, written for solo performance and although it used some animated imagery in its staging, its design did not drive its performance. It was, however, a new work developed by a Handspan member eager to explore new and alternative performance on the Australian stage.

Carmelina Di Guglielmo initially produced the piece for a short season at the Universal Theatre in October 1984. She had been inspired to explore her own cultural heritage after touring to Spoleto in Italy with Handspan's production, Secrets (1983), and subsequently travelling through the country to meet distant relatives. She was keen to celebrate this heritage in her work and her production of TUTTA CASA LETTO E CHIESA, (in literal English, "All Home, Bed and Church") was her first project.

The play had been performed in English by Evelyn Krape at the Universal Theatre in 1984 and had been a great success. A key objective for Carmelina was to perform it in Italian. It was a contemporary play that introduced the universal and topical issues of women's oppression. In its written language, it would be accessible to Australians whose first language was Italian and for whom such opportunities were rare.

TUTTA CASA ... was designed by Ken Evans, rehearsed in the Handspan studio and built in the company workshop by Handspan colleagues. Carmelina had received support to mount the project from the Australia Council for the Arts and from the Italian Institute in Melbourne but was keen for Handspan to present the work after its premiere season, particularly as she was a key performer in the work.


TUTTA CASA LETTO E CHIESA was presented by Handspan for its return season to the Universal Theatre and its subsequent tour to Mildura.