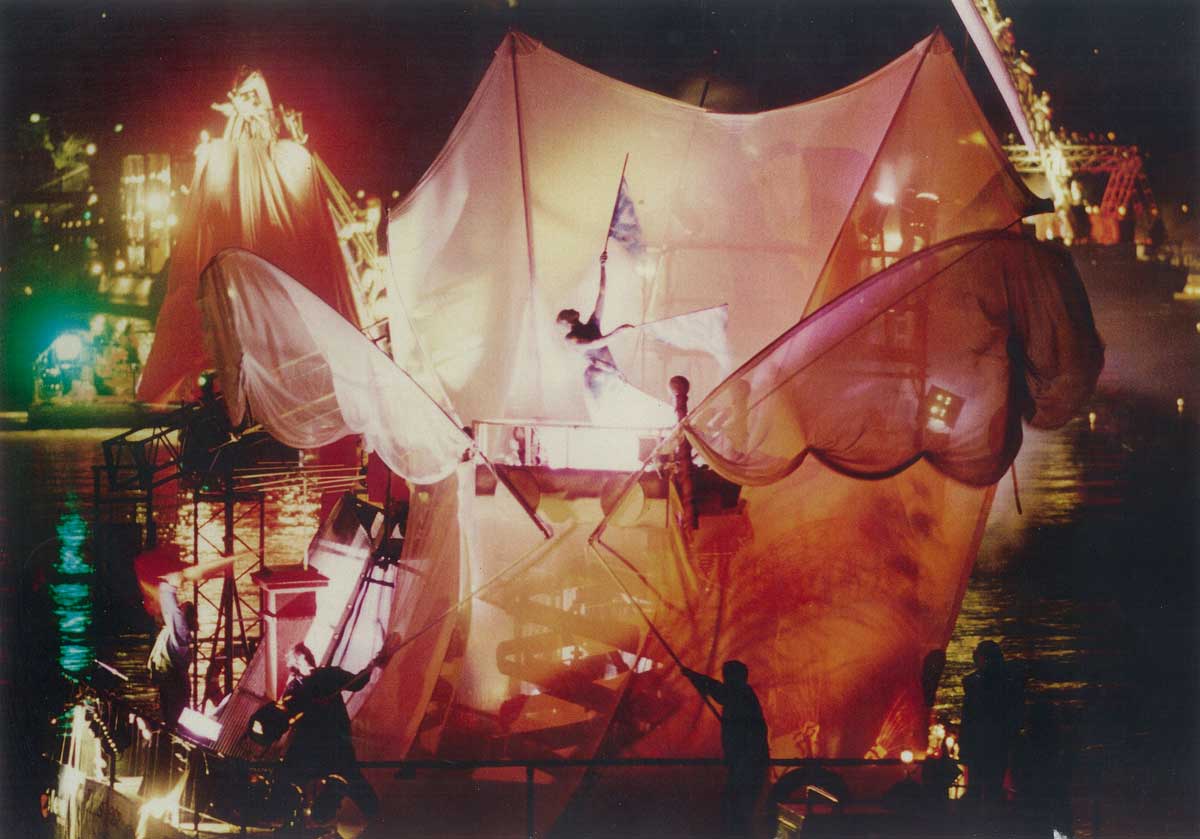 I Dreamt I Could Fly, Yarra River, Melbourne
Photographer: Unknown
Although the two have never worked together before, its logical that they should: both companies are internationally renowned, bring the highest degree of professionalism to their work, are based in Melbourne and deal with visual performance.
Steven Carroll, The Age,4 March, 1994


I DREAMT I COULD FLY was commissioned by the Melbourne Moomba Festival for nightly performances on a barge on the Yarra River during the1994 Moomba Festival long weekend. Moomba approached Handspan about the project in 1993 and suggested the theme of flying.


Ken approached Sue Broadway at Circus Oz, seeking the skills that would realise his dream and the co-production collaboration was born.

I DREAMT I COULD FLY was choreographed to a powerful soundtrack that mixed music from Sally Potter's film, Orlando with recorded voice-overs between the astronauts and Houston during Apollo 11's historic flight to the Moon.


Each night, the barge stage was towed upriver to the Princes Bridge/Southgate basin in the centre of Melbourne where the audience could view the half hour performance from the riverbanks. 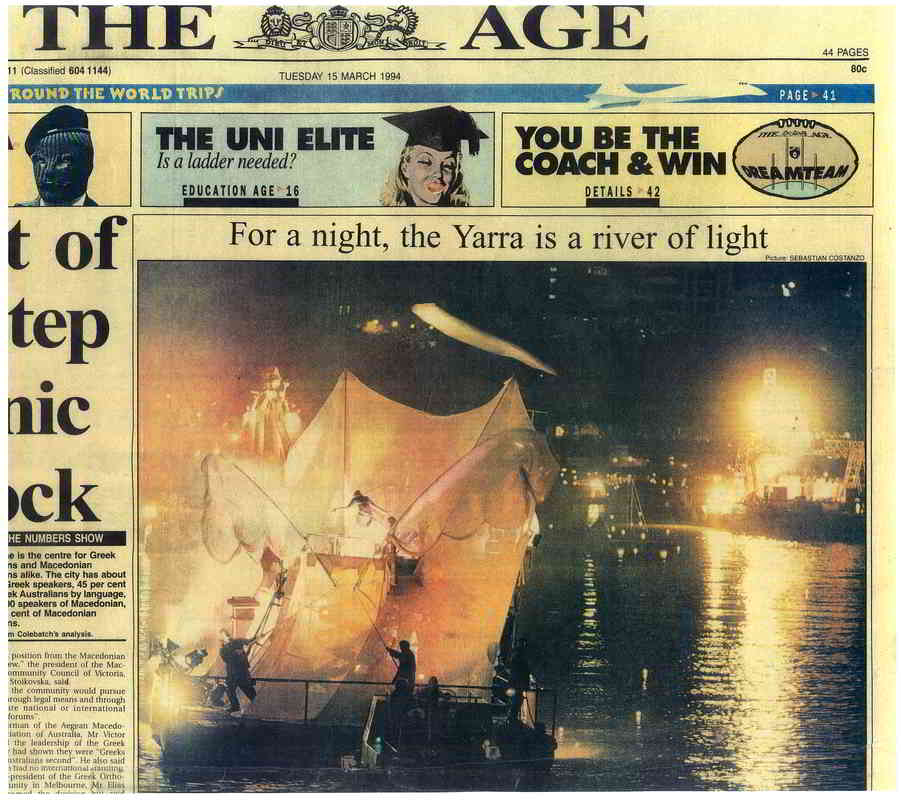 I Dreamt I Could Fly :Front page of The Age, Melbourne, 11 March 1994
:
Handspan Theatre Archives
Scroll back to Click Tabs: The People & The Performances