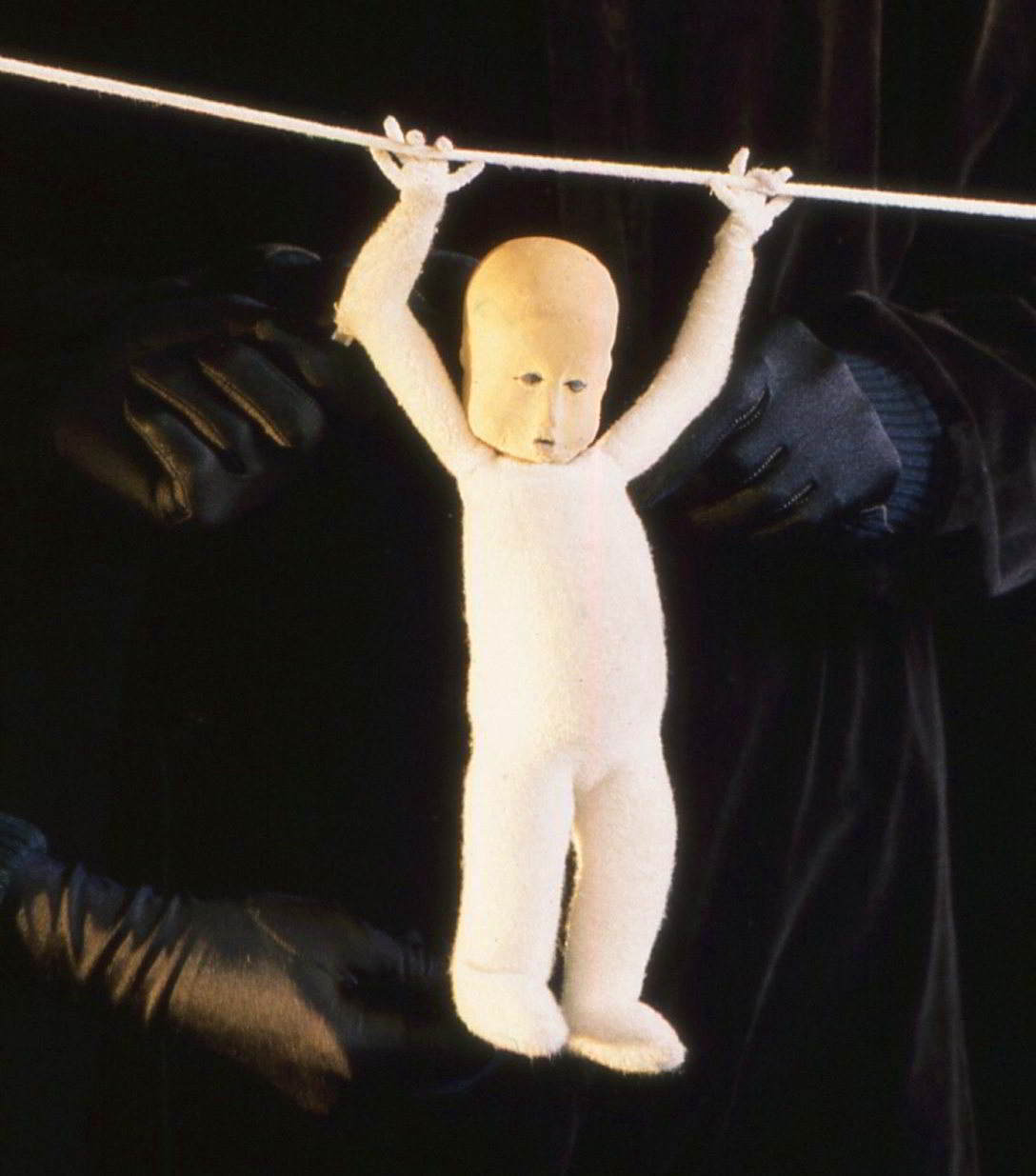 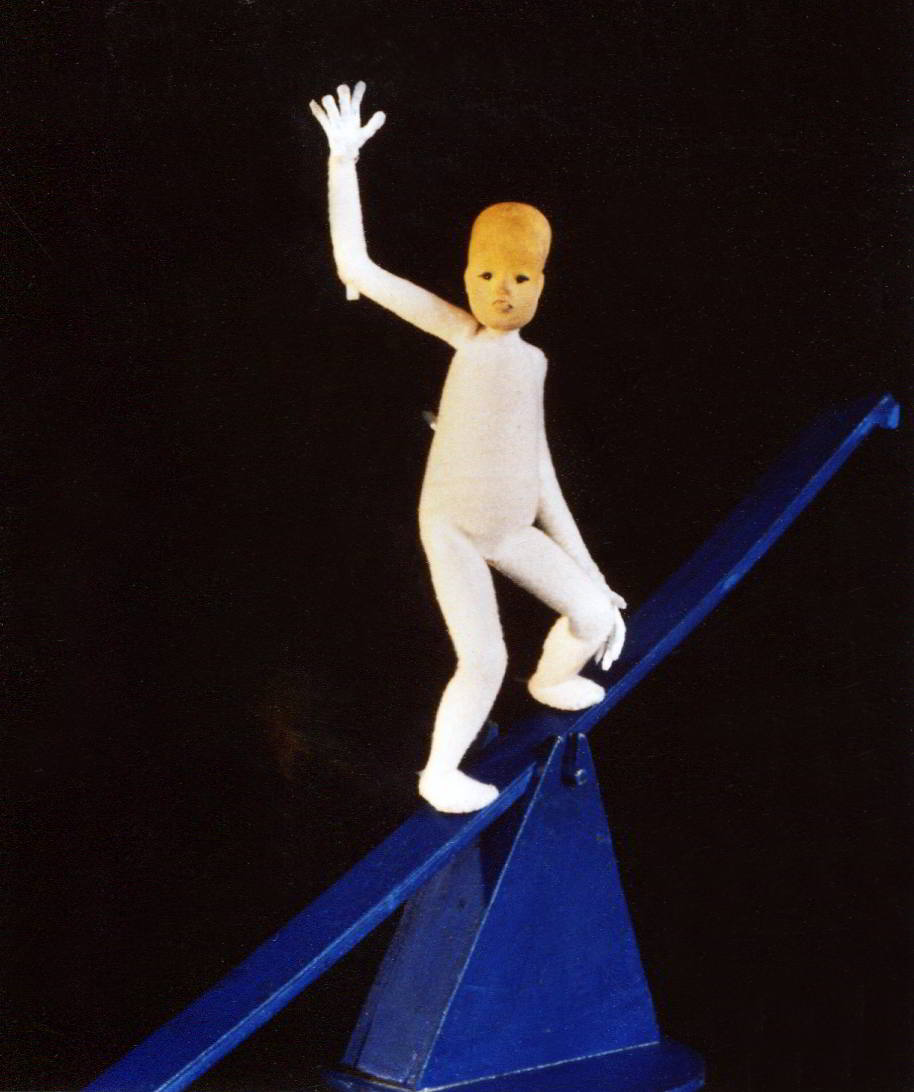 
MOMENTS was created by Michele Spooner with Avril McQueen in 1986.

These short, non-verbal vignettes portrayed brief 'moments' through the cycle of a woman's life with small puppet figures, each operated by one or two puppeteers using modified bnraku techniques.

MOMENTS vignettes observed a woman at difference ages, Each brief segment was portrayed in tightly choreographed and carefully executed movement sequences that expressed glimpses of a lifetime.

balance is used as a metaphor to illustrate events that occur in the beginning, during and at the end of a person's life cycle.


Hooded and shadowy puppeteers shared operation of the small white figures in a subtle interaction that explored the relationship between subject and manipulator to create the mood of each moment. 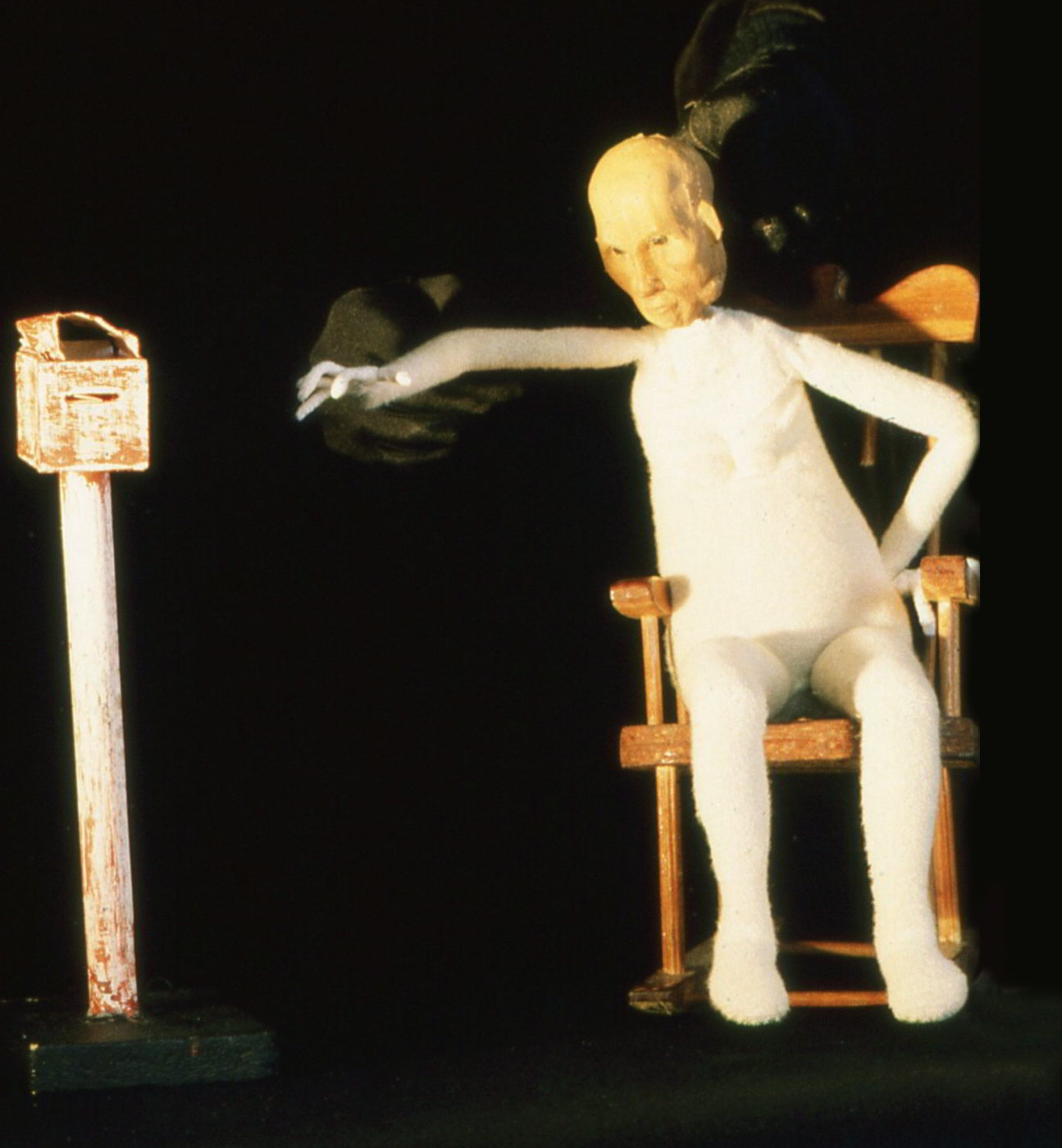 The Old Woman waiting for mail 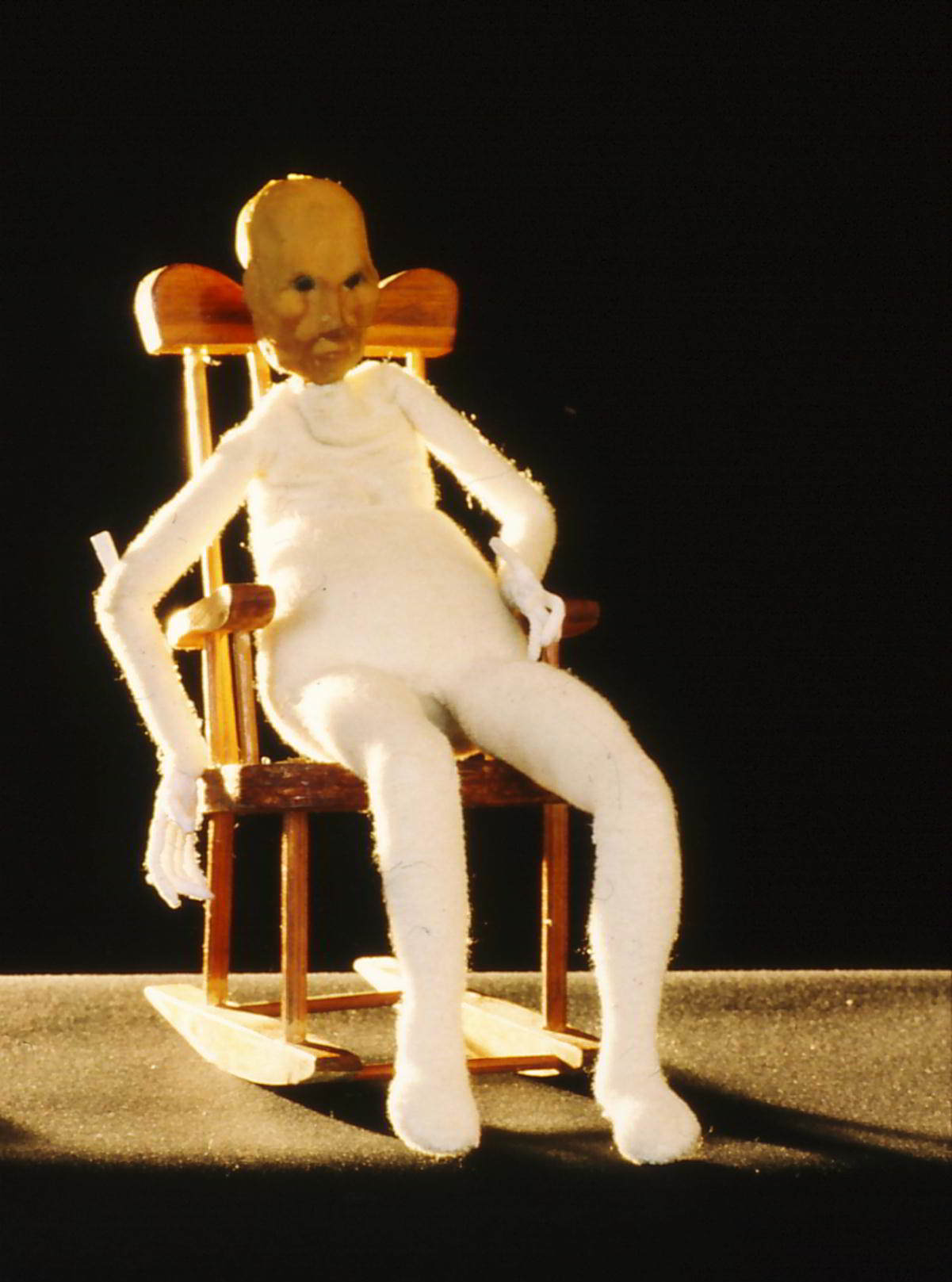 In 1985, Michele had studied with Philippe Genty in a 9-week Masterclass at the Institut International de la Marionette in Charlesville-Mézières, France. The experience deepened her fascination with puppetry techniques and manipulation, and developed her skills in creating performances based on gestural observation.

MOMENTS' creation continued Michele's engagement with Genty's philosophies and concepts. The collection drew inspiration from and extended her first vignette, Positive Equals (Smalls,1985), developed under Genty's tutelage with Peter J.Wilson in which the gestures and movements of babyhood were portrayed.

In this work, Michele created puppet figures, much scaled down from the original baby character, but retaining its featureless all white body to illustrate universal emotions experienced in progressively aging bodies.

Handspan premiered MOMENTS in a double bill with Smalls at the 1986 Castlemaine Festival. Melbourne critic, Geoffrey Milne who had followed the development of these vignettes since their early showings noted:

MOMENTS vignette segments remained in Handspan repertoire for several years and were later included in the Women Alone program (1989). Two decades later, some of the routines were re-created in showcase productions performed by students in the Victorian College of the Arts Puppetry Program (2004 - 2009) established and led by Peter J.Wilson and Gilly Farrelly..