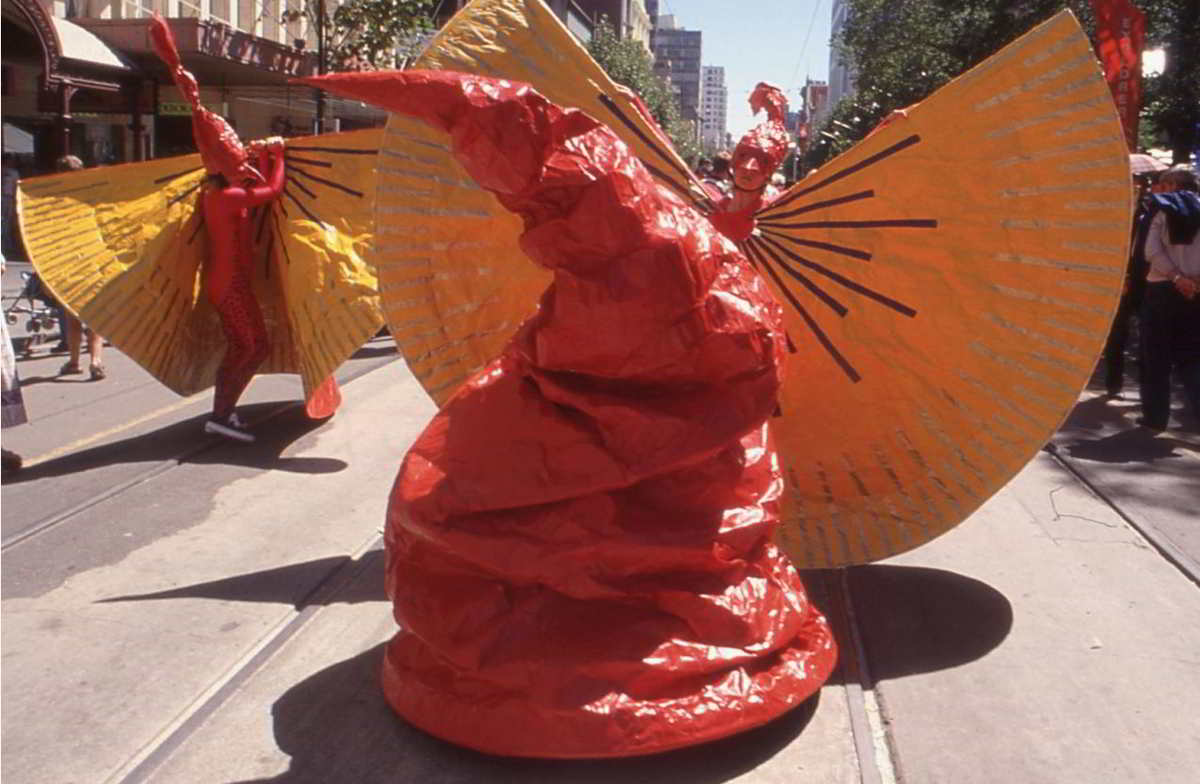 THE PHOENIX CYCLE was devised by Katy Bowman and produced by Handspan for the Melbourne Moomba Festival where it appeared in both the Family Day Parade and the Night Parade.