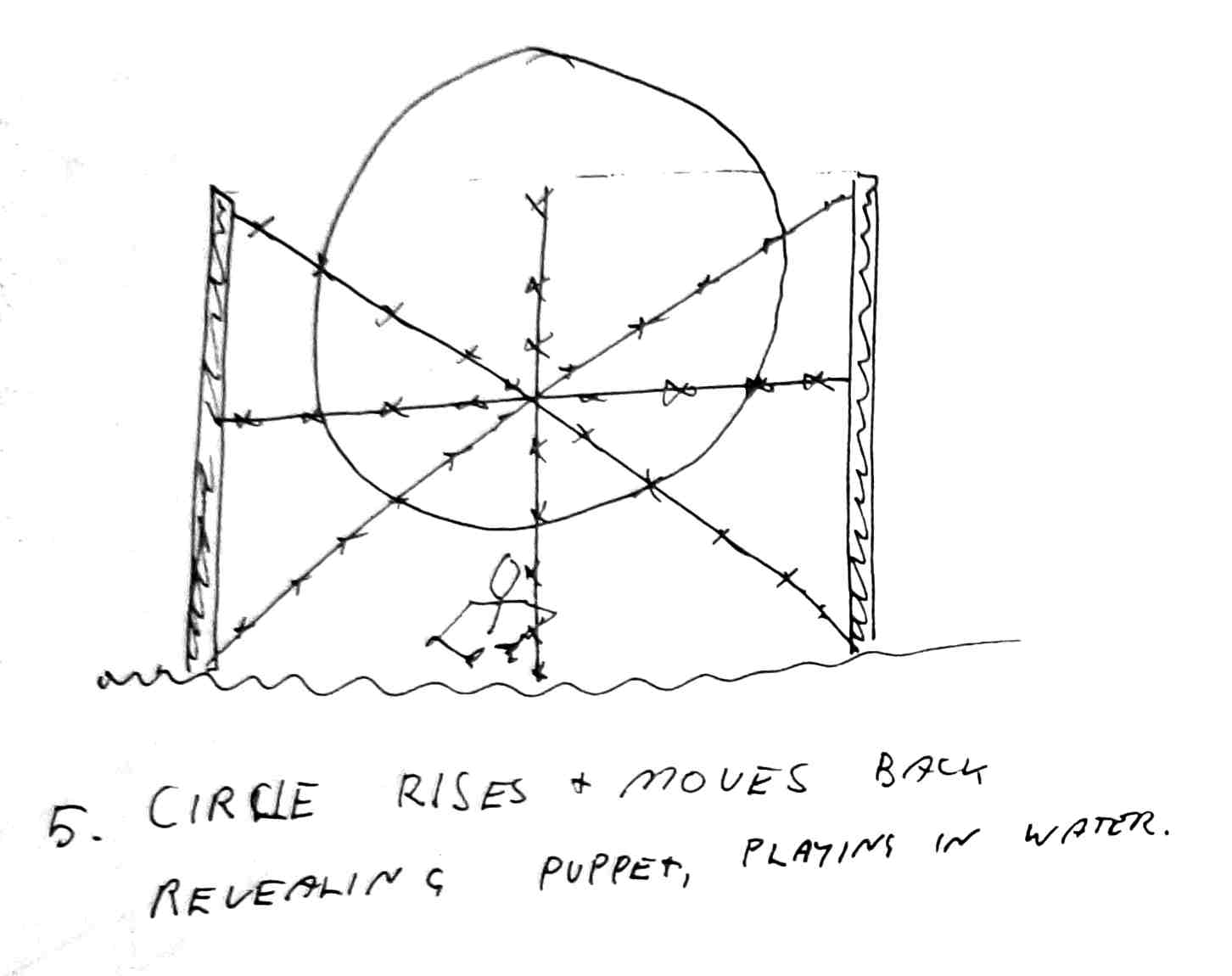 To the strains of Elgar's Land of Hope and Glory a large sphere rose from the water and was blocked by lines of barbed wire fencing flanked by a kangaroo and emu. The soundtrack rose in segments from Greg Sneddon's soundscape for The Haunted with its recorded song fragments from the central Australian desert and an abstract black figure appeared. In a struggle with the wire, the figure was broken apart and the circle destroyed. From the chaos a white baby appeared, lost and bewildered. Re-formed, the Black Mother scooped the child into her arms as banners in red, black and yellow were raised, cocooning them both. The soundtrack soared, and red, black and yellow balloons were released into the air amongst the waving banners.

THE BLACK MOTHER was Handspan's first venture into water performance and for the company there was some disappointment as its execution was compromised by the elements. Sunglare made the yellow circle vibrant but also made it a shadow screen that meant 'backstage' activity was difficult to conceal. Wind gusts on the water made the banners billow in unexpected directions obscuring the poignant puppetry of its final scene. The company's subsequent Bicentennial production in water, Waves of Change (1988) benefited from the experience however and the puppets and banners remained in the company's street image collection and were used and reused in street and protest performances of the following decade.