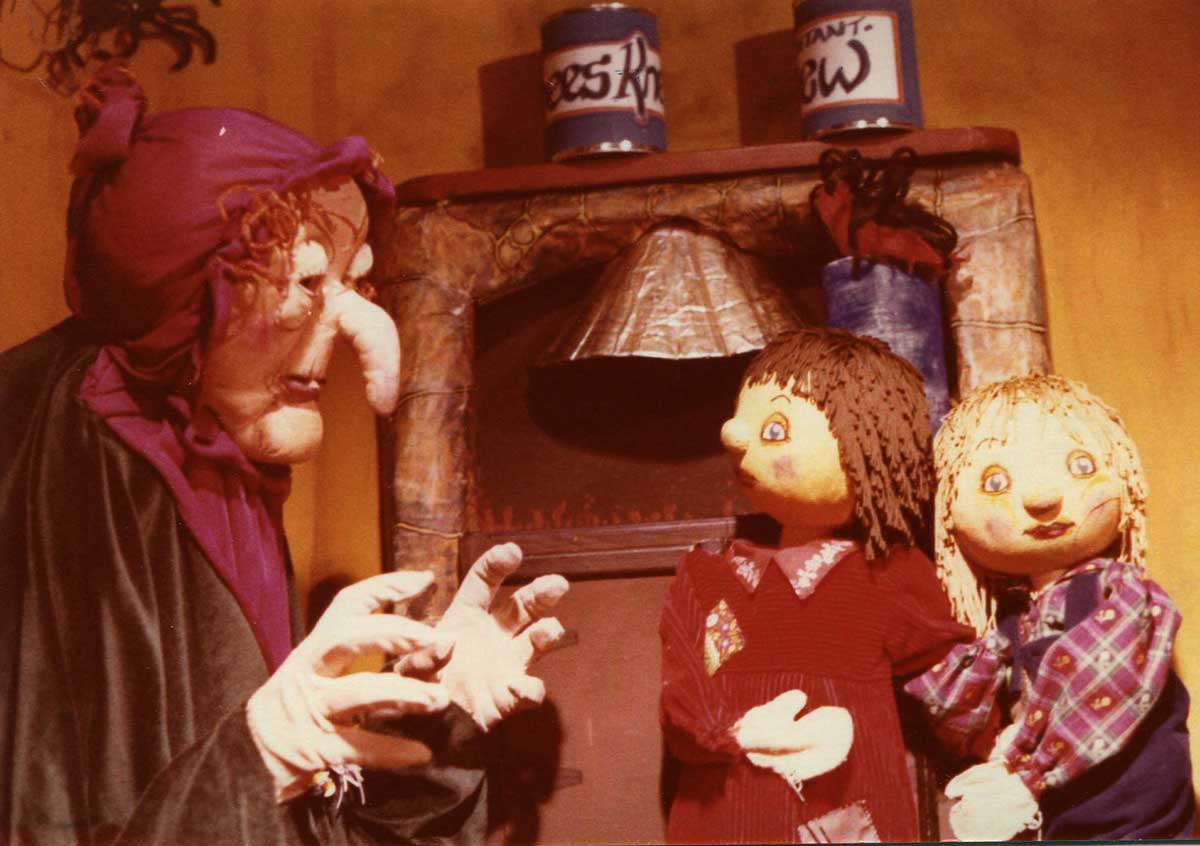 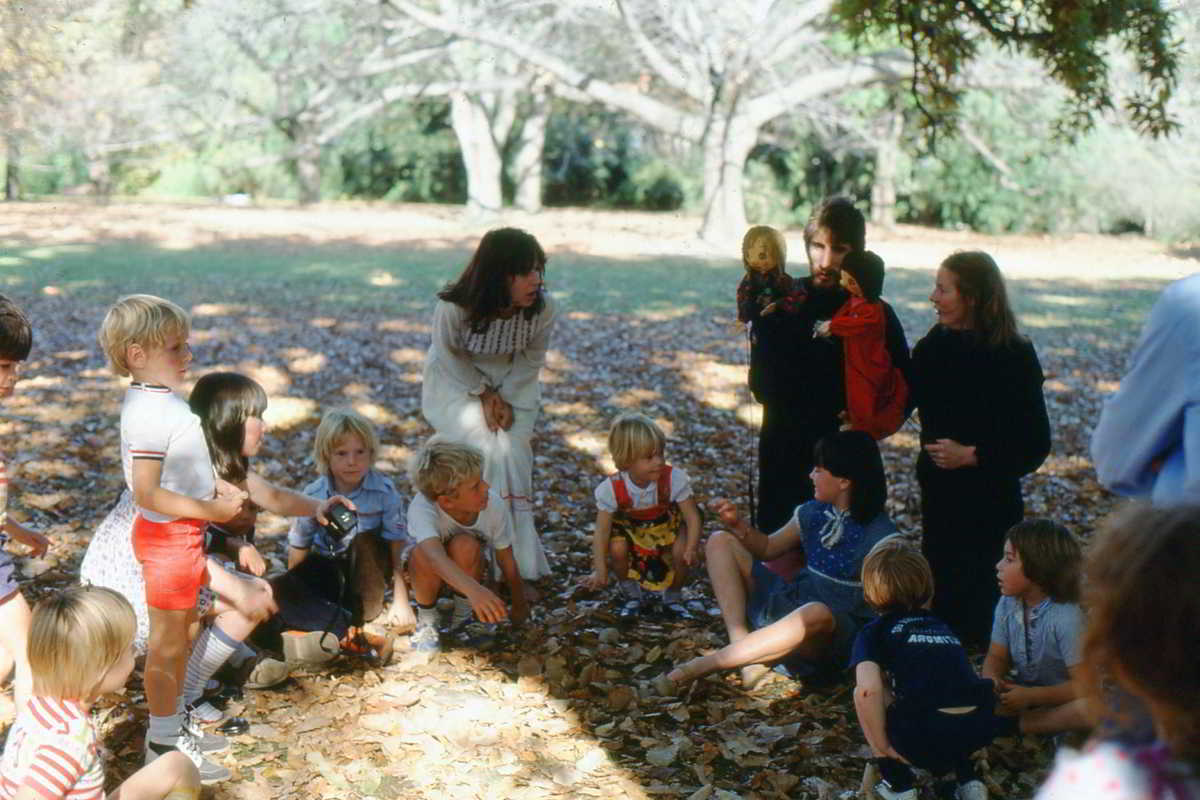 The kids themselves played a great part in the play. They danced about, dropped leaves onto the sleeping Hansel and Gretel and made the gingerbread house. This was pretty much on a par with what Handspan really wants to do.

'We want to use puppetry to relate to community issues' explained Handspanner Kenneth Evans. 'And we aim to make puppetry something for everyone, not just the kids,' added Maeve Vella.


For Handspan, the revised HANSEL AND GRETEL was more satisfying than its precursor. It was not only innovative in style, but its interactivity fed Handspan artists’ appetite for making contemporary puppet theatre that was relevant and stimulating to young audiences. It was also versatile – Handspan could 'go anywhere, do anything', and did. The production proved popular, touring across metropolitan Melbourne into 1979, confirming and sustaining the emerging company. 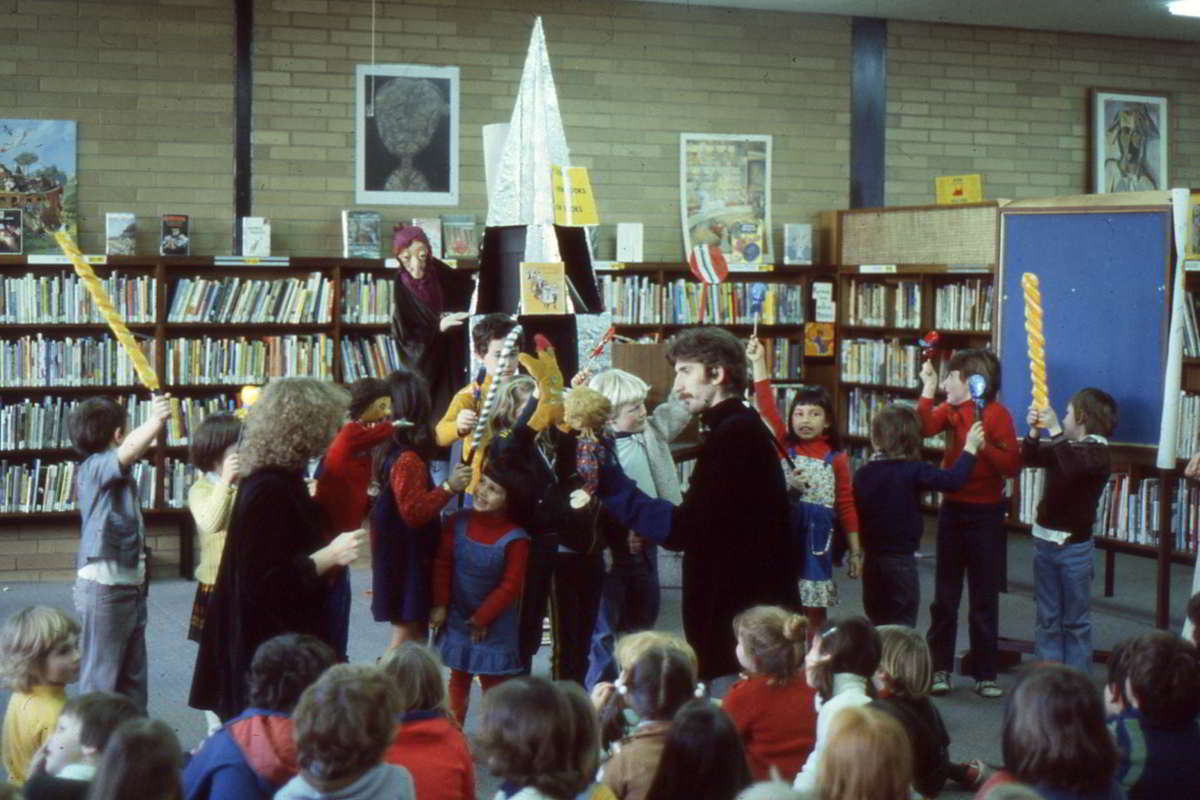