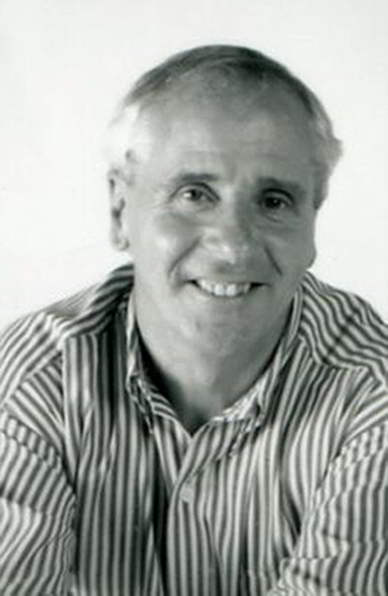 Jonathan first became directly associated with Handspan through his wife Ariette Taylor, whose adaptation of Picasso's Four Little Girls remained in the company repertoire from 1988 - 1998.

A leading dancer and choreographer at Ballet Rambert in the UK, Jonathan came to Australia in 1976 as Artistic Director of the Australian Dance Theatre in Adelaide.

There his innovative choreographic work included Wildstars which he co-devised with Nigel Triffitt following Triffitt's association with the Tasmanian Puppet Theatre's Momma's Little Horror Show. It was after seeing Wildstars at the Edinburgh Festival in 1980, that Ken Evans and Helen Rickards met with Triffitt to discuss making a new work with Handspan that would continue the development of choreographed visual imagery, which Jonathan and the ADT had so boldly embraced. The resulting production, Nigel Triffitt's Secrets (1982 - 1986) became a signature work in the Handspan repertoire - its polished articulation no doubt owing much to his "Wildstars" collaboration with Jonathan.

Jonathan re-located to Melbourne in 1987 and was appointed Dean of Dance at the Victorian College of the Arts (1988 - 1997) where he continued not only to teach, but create and choreograph new contemporary works with Australian artists and companies.

Jonathan was a key supporter of Handspan and his strong artistic flair for choreographed visual movement contributed to much of the company's work. An active board member in the 1990s, Jonathan not only added his professional expertise and experience to Handspan decision-making, but as a creative collaborator in the rehearsal room.

As choreographer of Dante - Through the Invisible (1996), he developed puppetry-based choreographic movement for "lights on sticks" with Ken Evans and Philip Lethlean - a technique used and enhanced by company artists in their work ever since. Jonathan's only on-stage role with the company was in Four Little Girls' final season in Caracas, Venezuela where he rehearsed into Andrew Hansen's role on the road and at 24 hours' notice, when Andrew had to return to Melbourne mid-tour.