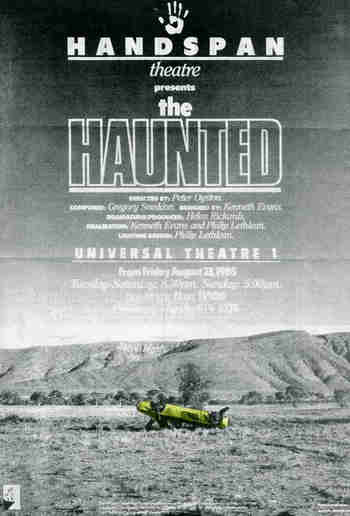 
Please note this gallery may include names and images of Aboriginal Australians who have died.

Development of The Haunted commenced in June 1985, when Handspan Theatre travelled to the Central Australian Desert for a cultural exchange residency with the Anangu community at Anantja Outstation. For two weeks Handspan and the Pitjantjatjara Anangu met to share stories and experiences.

The company returned to Melbourne to develop The Haunted, merging the sights and sounds of the desert country with the story of six whitefella characters in a head-on encounter with the unfamiliar environment. Its soundscape was based on recordings of the natural environment and (with permission) the songs and stories told by the Anangu Elders.

The Haunted was devised by the Handspan ensemble with director Peter Oyston, composer Greg Sneddon, designer Ken Evans, lighting designer Philip Lethlean, producer/dramaturg Helen Rickards and the original cast. It premiered in Melbourne at the 1985 Next Wave Festival and played at the Breakout Festival in Alice Springs. 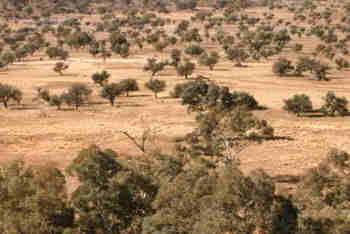 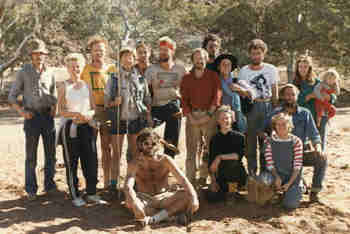 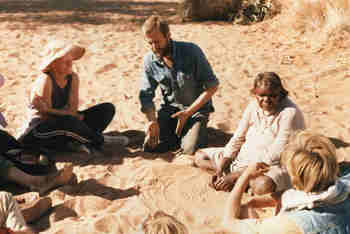 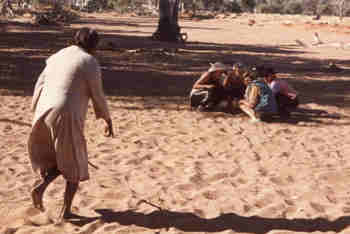 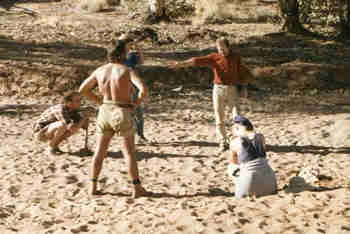 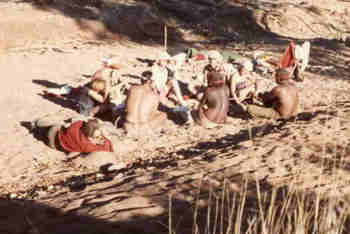 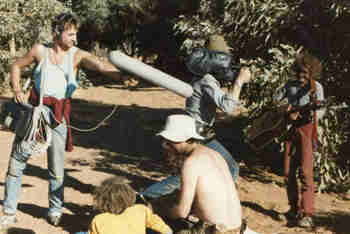 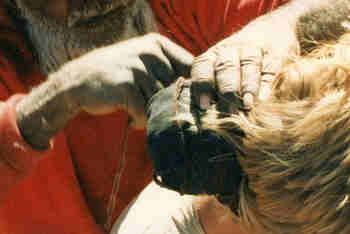 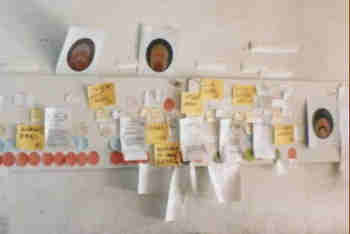 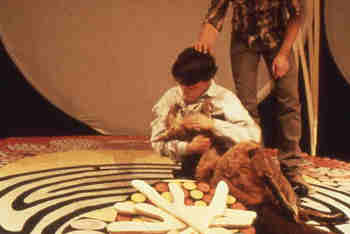 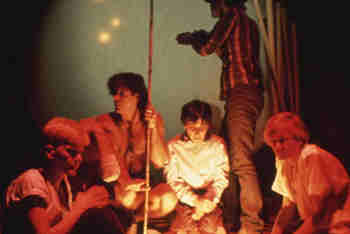 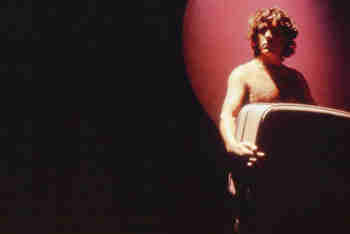 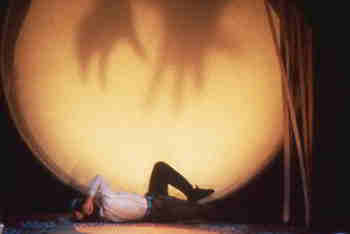 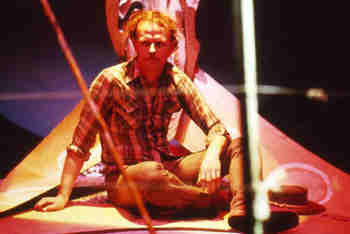 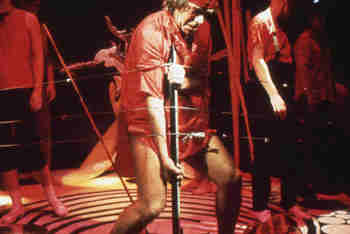 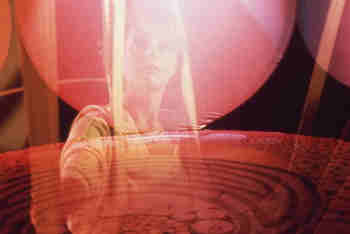 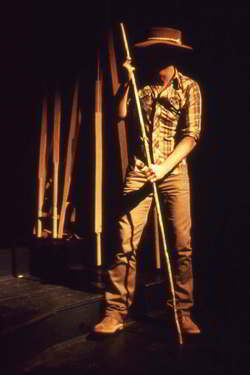 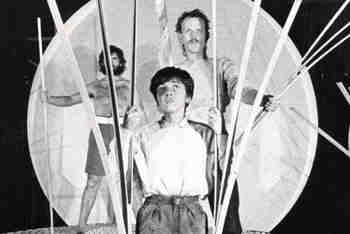