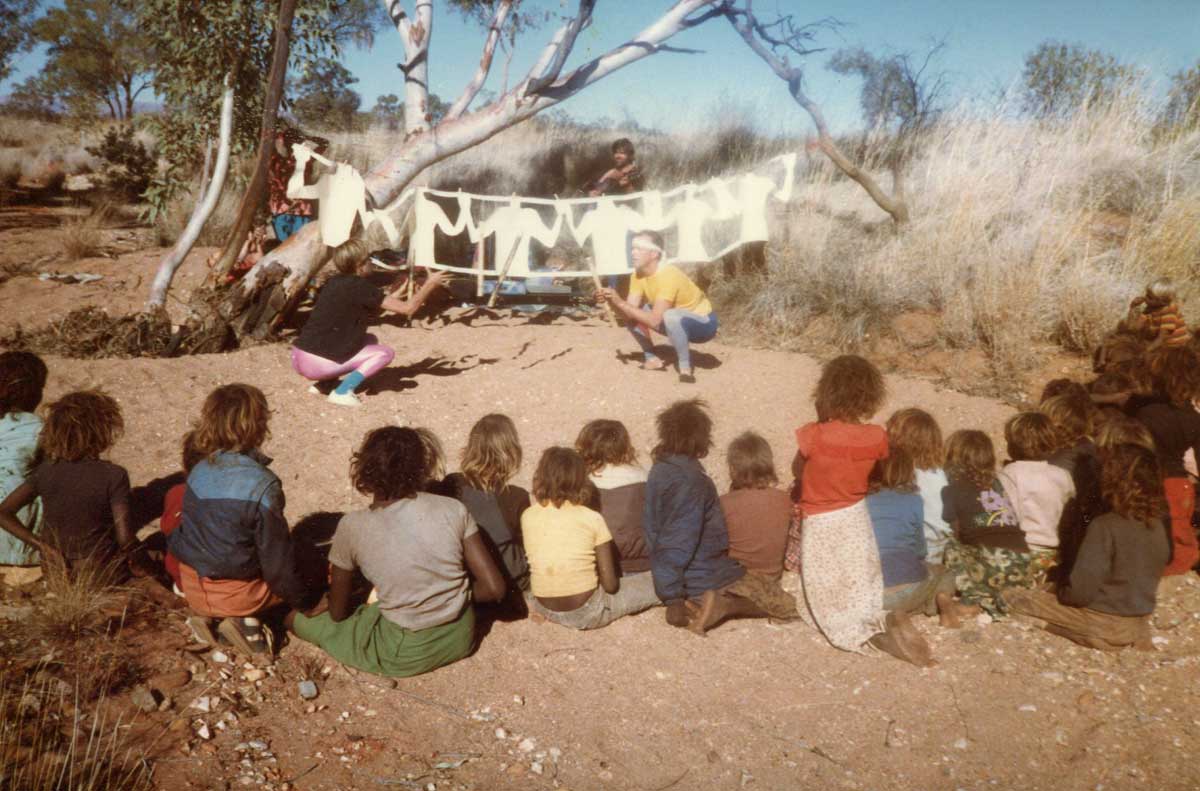 HAUNTED ROADSHOW was a company devised improvisational piece developed during the research residency for The Haunted in Central Australia sometimes referred to in company archives as THE WHITE MOTHER SHOW.